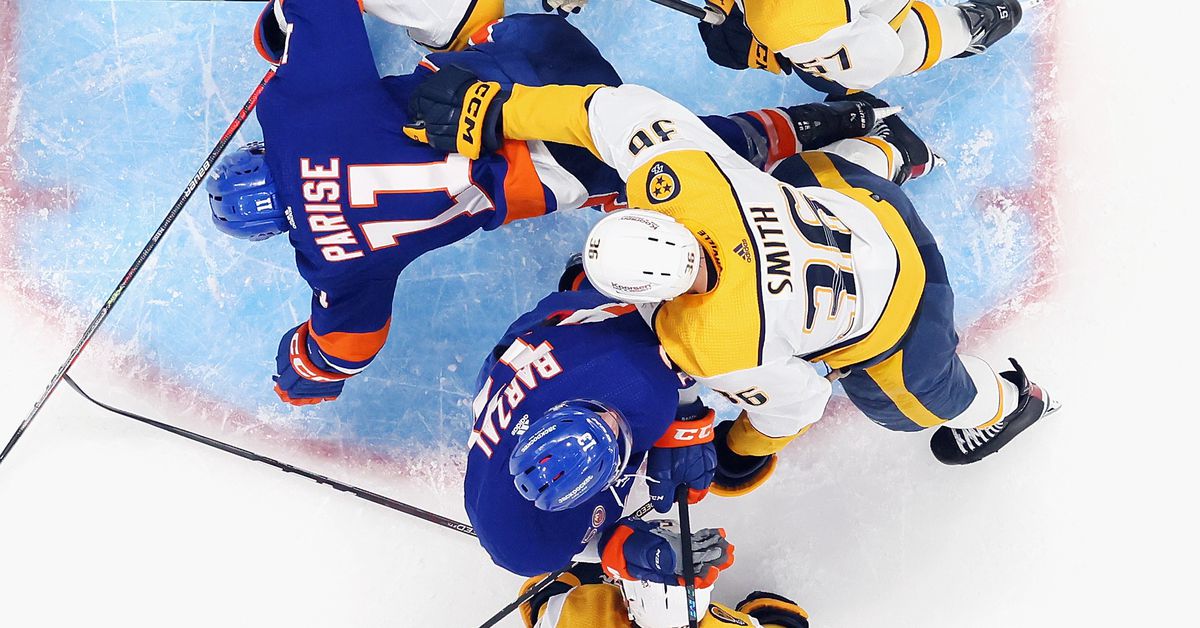 Isn’t that so annoying? The New York Islanders played one of their best games of the season and walked away with no points. They weren’t sleepwalking and they weren’t slow to start. If the islanders had managed to get back last night, it would have felt more like justice than robbery. But the Nashville Predatorswho I officially hate, by the way, gave the islands a taste of their own medicine: despite being heavily outplayed, their keeper stole two points.

Kevin Lankinen is Juuse Saros’ backup, but it had only been a few seasons since he was a Calder finalist and he came into play last night with a .922. He flopped all over the place thinking he was Prime Minister Dominik Hasek, and I don’t know how sustainable it is for anyone other than the Dominator to play like that (because Lankinen was pretty bad last year). Still, it gave Nashville a regulatory win last night.

Does not matter. As they say, that’s hockey. The Islanders still wake up this morning in a division non-wild card playoff spot, both in points and point percentage. They are third, and the Carolina hurricanes are only one point ahead of them. The Pittsburgh Penguins are two points behind the Isles, but even if they win tonight, the Islanders have the tiebreaker. And even though they took away a standings point, the Rangers snatched defeat from the jaws of victory last night.

So anyone can quickly move from watching the US during the World Cup to scanning Twitter for updates.

NHL scores from last night: As mentioned above, the Rangers lost in overtime to the Senators from Ottawa after leading in the final minute of regulation, and Patrik Laine scored twice to lead Columbus to victory on his return to Winnipeg. The Rangers don’t look great, but Ottawa certainly isn’t. The Blue Jackets aren’t very good, but the Jets are. That’s hockey, folks.