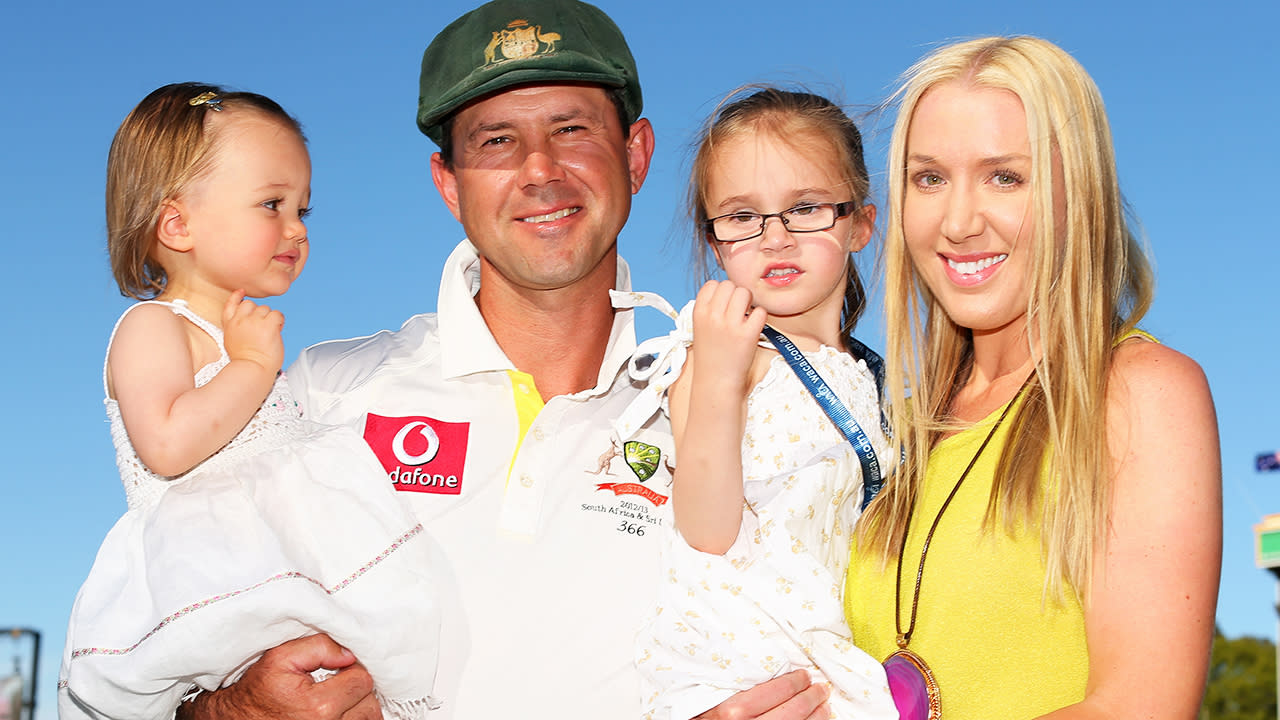 But after winning the first Test, things all went wrong for the Aussies, with England storming back to claim a 2-1 series victory.

In the wake of the devastating loss, one of the more scandalous claims that surfaced was the theory that the Aussie players’ wives and girlfriends had derailed their performance on the field.

It was reported that some WAGs did not get along, which led to division among the players.

The former Aussie captain said the loss had more to do with a number of players appearing to slack during the series.

A few things happened at the start of that tour that haven’t been much talked about yet. If you go back and look at everything there was a lot of talk about the women on tour and a lot of the girls didn’t get along which meant a lot of guys didn’t get along.

One of our players chose not to stay at the team hotel on that tour because he had his family there, things like that.

I don’t think a lot of those things affect how a team plays. There are other things.

On the other hand, we customized our training, we tried to find ways to make our training less time consuming, but everyone walked away feeling like they had a lot of work done.

Some of the boys wanted to go downstairs early to get work done without naming names and not be there for four hours.

I’ve based everything in my life on trusting and trusting people, and looking back on it, I just trusted people too much. I actually have too much faith in people to get their work done at some level that would hold up for an Ashes series, and guess what, it didn’t.

Before we knew it and when we tried to change things, it was halfway through an Ashes series and the momentum was against us and we were playing a very, very good and well-practiced team.

Little things when we tried to do the right thing turned into big things very quickly, and I probably should have been more agile and acted on it a little faster.

How the Aussies came back to win 5-0

Ponting said he and the coaching staff learned from the near miss and made necessary changes to ensure they didn’t suffer the same fate when England traveled to Australia in the summer of 2006/07.

The result was a resounding 5-0 victory for the men of Pontings.

When we came back for that 2006/07 series, we went back to the old-fashioned way. We did everything together and saw what the results were, Ponting said.

We got back to what had made us successful for so long, and without sounding like an idiot, probably at a level of Test match cricket played by that team during that series that I’m not sure many teams were able to match before or after, with the same group of players who disappointed a year and a half earlier.