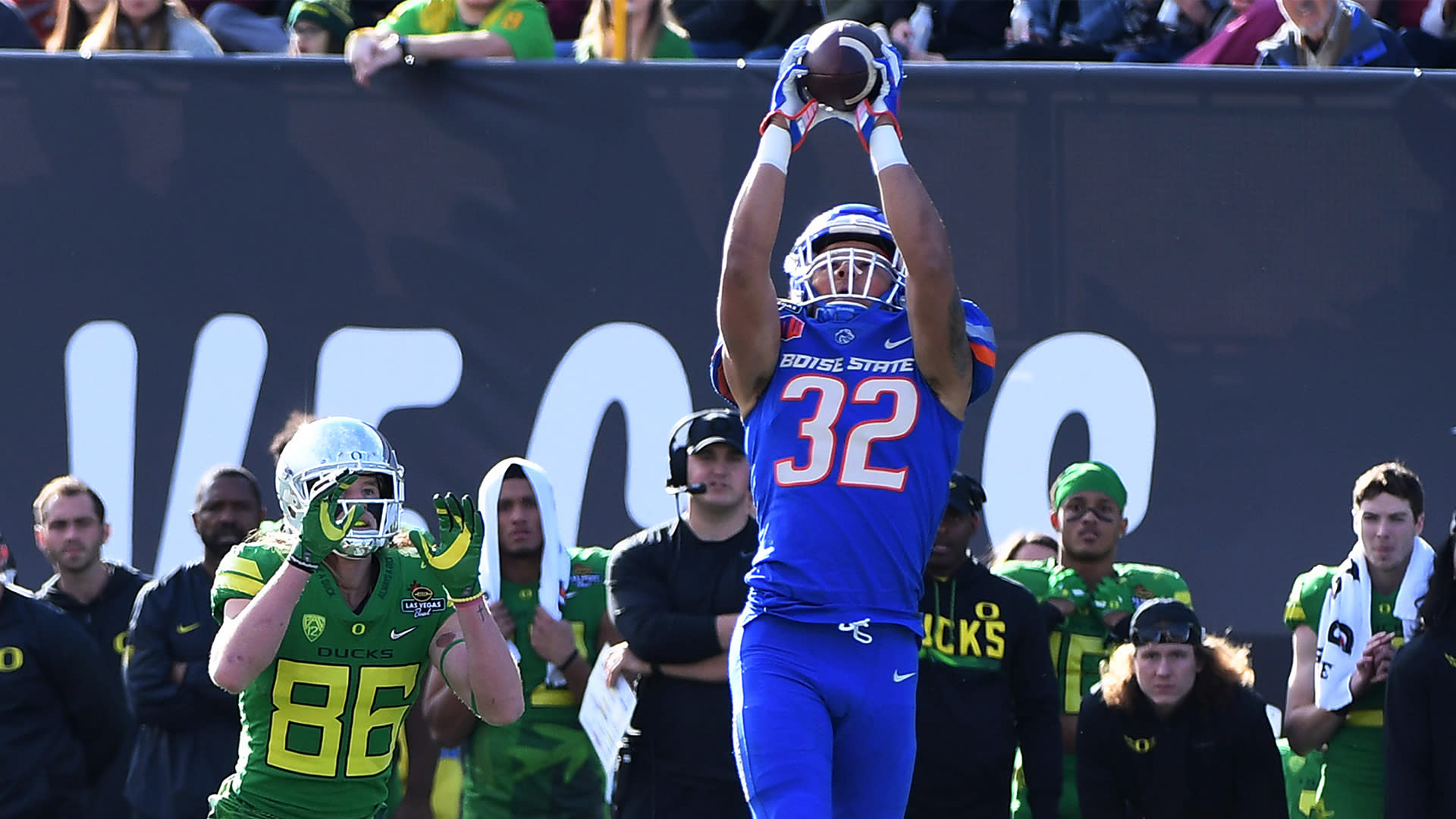 If that name sounds like familiar Duck fans, it should.

The Portland, Oregon native of Jesuit High School was a two-time Metro League Defensive Player of the Year, a state champion, and a three-star recruit who came out of high school. He held offers from Boise State, Eastern Washington, Hawaii, and Montana State before committing to the Broncos.

It didn’t take long for him to impress the Smurf Turf too.

Happle recorded his first career interception in Boise State against the Oregon Ducks in the 2017 Las Vegas Bowl. In 2019, Happle recorded 22 tackles, 14 solo and two pass drifts in just five games. He was on his way to his best year yet, but unfortunately a season-ending injury ended that.

With the Mountain West Conference delaying all fall sports in 2020, Happle decided to enter the NCAA transfer portal. The Ducks knocked and Happle comes home to fulfill his dream of becoming an Oregon Duck.

We had the opportunity to interview Jesuit High School football coach Ken Potter to learn more about the newest member of Oregon high school.

Jordan is a playmaker. When he played for me, if you had to do something, he would make it happen, Potter said. We won a state championship with him as a senior and he made game after game after game and big games. Defensively, he is a quarterback on the field and he knows what to do, makes adjustments, makes sure people do the right things

One familiar with his playing style is current Oregon Defensive Coordinator Andy Avalos, who was the defensive coordinator at Boise State before taking the job with Mario Cristobals staff in Eugene, Oregon.

Jordan is clearly an incredible young man. Very blessed to be there and of course his first day at the practice today. The first time he jumped in I was doing something and I heard him make a call on the field and it’s been a while since I heard that voice that was a quarterback in defense there. It was nice to see him today. “

He’ll give as much as people want to take, Potter said. If I say that, he will help. I just know he will step in and teach and help and work and I just know that as a coach it’s nice to have someone who knows your thoughts before you even have to speak them. And I’m sure that’s some coach [Avalos] is talking about

One memory in particular stands out from the rest and illustrates exactly who Happle is, both on and off the field.

It’s Happles junior season at Jesuit. The Crusaders are playing against the Tigard Tigers when Happle went for a ball in the end zone and landed on an opponent’s ankle and broke his foot. After hobbling to the sidelines, his first words were: I should have understood that. It was in my hands, I should have caught that. Can we record this and can I play?

Happle was almost in tears after the team doctor ruled him out for the rest of the game.

He sits on the couch for maybe twenty seconds and then asks for crutches so he can stand on the sidelines to cheer on his teammates, Potter said. That’s who Jordan is.

And that’s what Duck fans can be really excited about.

What exactly will the secondary Oregons look like in 2020? Will Happle earn a starter roll? We will soon find out in three weeks.

Anyone can be Bihar CM, Two. CM but not Nitish Kumar and Sushil Modi, says Rameshwar Prasad Chaurasia