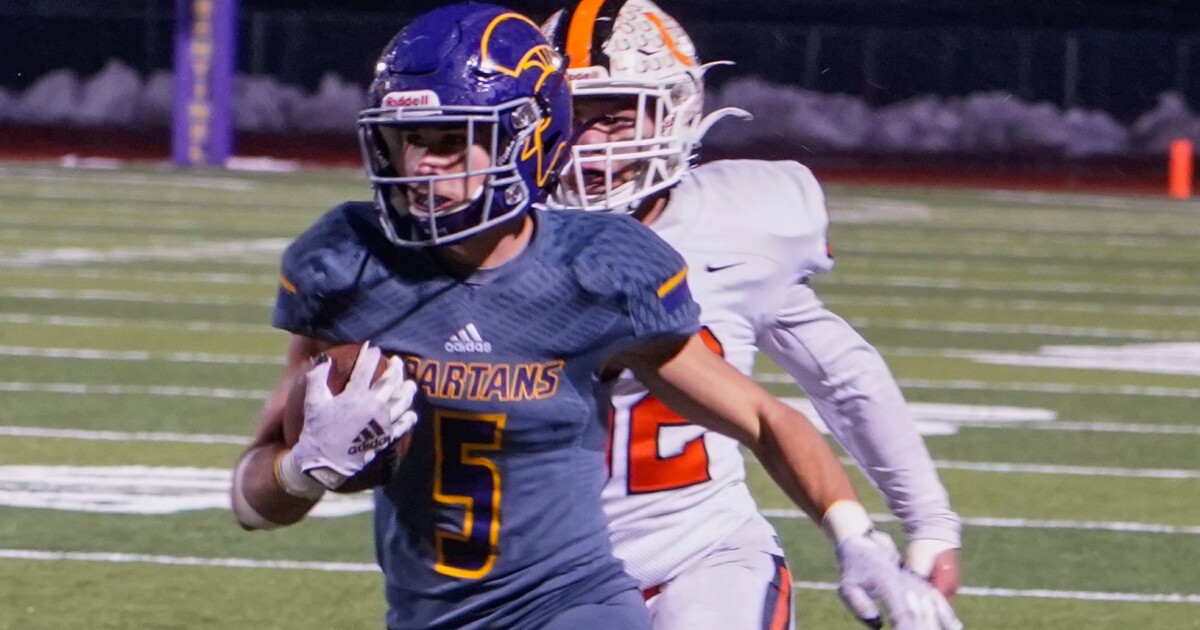 MISSOULA The year 2020 has been as strange a recruitment season as in recent memory.

Under the current COVID-19 pandemic, NCAA Division I schools have been going through a recruitment period since mid-March, and recently the NCAA chose to extend the dead period to January 1, 2021.

For those unfamiliar, a recruiting dead period is one when coaches cannot have personal interactions with recruits and attend their high schools or attend their games.

But despite that hurdle, coaches have used Zoom and other resources to recruit during the 2020 season. And as Montanas high school sports season draws to a close, athletes in Montana have enough film and stats to provide coaches with their arguments for deserving a spot.

Camden Capser, K, Billings Central: Capser was a standout in his senior season for the Rams. While performing kick duties with the soccer team, he helped Central to the semi-finals of Class A football, including a two-goal appearance in the quarter-finals, to move the Rams to the last four. On the gridiron, Capser finished 29 for 31 on point-after attempts this season and 1 for 5 on field goal attempts, his only one making a 35-yard conversion, according to MaxPreps. He also has 16 touchbacks to his credit. In his career with Central, Capser has converted on 10 of his 21 field goal attempts at 42 yards and has completed 161 of his 172 PAT attempts. Capser and the Rams advanced to the Class A state championship against Laurel.

Kellen Detrick, DE / LB / TE / FB / Havre: Detrick had six busy games for the Blue Ponies in 2020. Detrick, an all-round senior, played where Havre needed him, finishing offensively with 55 porters for 291 yards and four touchdowns, adding 16 receptions for 172 yards, per given up statistics by Havre. Defensively, Detrick came up with 34 tackles, 17 solo and two for loss, while also adding a sack, a forced fumble, and a recovered fumble. Detrick, listed at 1.85 meters and 215 pounds, also kicked off Havre.

Zac Evans, MLB / TE / FB, Helena High: Evans made his commitment to Montana on November 9 after the Bengals ended a 6-2 season with a loss to Bozeman in the quarterfinals. Evans finished his senior year with over 100 tackles for the second year in a row, finishing with 105, 67 of which were solo (he had 126 in total his junior year), with 14 of those tackles for loss, per MaxPreps. In 2020, Evans also counted two sacks, one forced fumble, one recovery and four pass drifts. On the offensive side of the ball, Evans caught nine passes for 58 yards.

Geno Leonard, C / LB, Missoula Sentinel: Another two-way start for the Spartans, Leonard has started every game for Sentinels attack in the center for a team averaging over 47 points per game. Defensively, Leonard adapts to linebacker and has counted 37 total tackles, with 25 solo and 10 for loss, per stats provided by Sentinel. Leonard also has 4.5 bags to his name this year and one deflection.

Jake Olson, TE / DE, Butte: Olson is 6-7, 235 ahead of the Bulldogs who finished 4-4 in the AA class this season. Olson caught 20 passes for Butte for 132 yards and one score this year as he rushed for another touchdown per MaxPreps. Defensively, Olson finished with 25 total tackles, two for loss, and added three sacks.

TJ Rausch, WR / DB, Missoula Sentinel: Rausch was one of Montanas’ first commits during the summer, along with teammates Jace Klucewich and Geno Leonard. According to Sentinel statistics, Rausch has 30 catches for 387 yards and five touchdowns for the Spartans so far in 2020. Defensively, Rausch has also come out well with four interceptions in the year, six other passes defended and one fumble to go with 21 total tackles.

Eli Aby, QB / S, Laurel: Aby ended his high school career as all high seniors hope: as a state champion. Aby threw for a touchdown and ran for one more run when Laurel took the top of rival Billings Central 34-0 on Saturday to capture the school’s first state title since 2002. In the season, Laurel finished 8-1 and Aby, who took the locomotives to the on the brink of a state championship in 2019, which closed the year with 84 of 135 passes for 1,339 yards, 20 touchdowns and seven interceptions, as per statistics provided by Laurel. Aby added 63 hasty tries for 168 yards and four more scores this season.

Paul Brott, DE, Billings West: Brott and the Billings West Golden Bears were dominant on the east side of Class AA and are at 9-0 poised to take on Missoula Sentinel for the state championship. In the season, Brott, who follows in his older brothers’ legacy by joining the Bobcats, has collected 29 total tackles, eight of them for loss, while also counting seven sacks and two forced fumbles, as per statistics provided by West.

Kade Cutler, QB / DB, Drummond-Philipsburg: Cutler has the Drummond-Philipsburg Titans on the eve of their third 8-Man state championship in the past four years. The Titans (12-0) welcome Scobey to the final on Saturday. Cutler has been downright dominant all season, with 121 carries for 986 yards and 23 touchdowns, per Flint Creek stats. By Air Cutler is 57 for 78 for 913 yards, 15 scores and a pick. Defensively, Cutler has 38.5 tackles, 12 defended passes, four interceptions and four forced fumbles.

Neil Daily, WR / LB, Billings West: West is 9-0 and in class AA state championship game and Daily is a big part of that. One of the many to receive offensive weapons for the Golden Bears, Daily has 20 catches for 418 yards and five touchdowns this year for West, per West’s stats. Defensively, Daily has 50 tackles in total, 22 solo and five of them for loss. Daily also has two interceptions – including one in the semi-final against Bozeman – one sack, one forced fumble and five defended passes.

Kenneth Eiden IV, DE / TE / RB, Bozeman: After missing the first three games of the year with an ankle injury, Eiden returned in a big way to help the reigning Hawks advance to the Class AA semi-finals where they lost to Billings West. Eiden had 32 carries for the Hawks with 242 yards and one score, per MaxPreps. He also caught only four passes, as well as for 124 yards and three touchdowns. Defensively, Eiden had 39 total tackles, 19 for loss and seven sacks in his limited time on the field. He also forced two fumbles and recovered one he returned for a touchdown.

Luke Fedyk, DE, Bozeman: Fedyk played opposite Eiden and also caused major damage to the opponent’s fouls for Bozeman. This year, Fedyk had 64 total tackles, 12 for loss and 47 solo, plus 10 sacks, per MaxPreps. Fedyk caused a fumble and attacked the ball for two scores.

Jace Fisher, OL / DL, Troy: Another 8-Man football product for the Bobcats, the six-foot, 305-pound Fisher didn’t play all season due to a shoulder injury, but was still effective while on the field for the Trojans. Fisher made a total of 23 tackles, 11 for loss and five sacks, per statistics provided by Troy.

Jace Fitzgerald, QB / DB, Dillon: Fitzgerald also follows in a sibling’s footsteps to the state of Montana, guiding Dillon to the 2020 Class A quarter-finals. As the team’s quarterback, Fitzgerald completed 132 of 201 passes for 1,838 yards, 21 touchdowns and six interceptions this season. this season, per statistics provided by Dillon. He also ran the ball 108 times for 556 yards and 10 touchdowns.

Elijah Reynolds, RB / LB, Red Lodge: Reynolds has been another all-rounder committed to the Bobcats. Reynolds, a tight end and linebacker, caught 26 passes for 408 yards and two scores, per Red Lodge stats. The Rams’ heavy attack also featured Reynolds as a key blocker as Red Lodge advanced to the Class B playoffs. Defensively, Reynolds tallied 30.5 tackles, 4.5 sacks, and nine tackles before losing to the Rams.