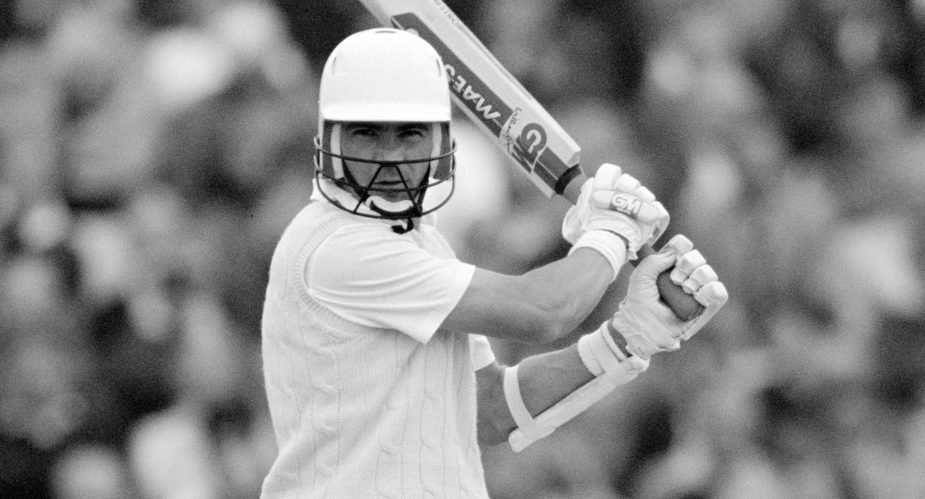 It was 24 years ago when it happened. I was nine and had the flu. Sent home from school early, I lay in bed feeling sorry for myself. The only saving grace was that my father taped the radio to the bed and I was able to listen to the second test between India and England from Delhi. I didn’t know then, but England had lost the first Test in Mumbai by eight wickets. I started my first experience of staying up late and listening to the cricket.

I don’t remember anything about the test except one thing. As I slipped in and out of sleep, I kept hearing the name Robinson. Robinson, Robinson… This Robinson passed his first Test 100 in only his second Test and he took his time. Every time I fell asleep the commenters were talking about Robinson and when I woke up they were still talking about Robinson still beating and seeing the threat of the longest sounding name I had ever heard. And it’s Sivaramakrishnan for Robinson …

And that’s where it all started for me and RT Robinson. I’ve never been cool and trendy and the fact that Tim Robinson was my cricket hero probably illustrates the fact. For the record, he scored 160 in the first innings of the Delhi Test in England, hitting more than eight hours. England won the test and won Series 21 thanks to the exploits of Fowler, Gatting and Foster in Madras. Robinson finished the series with 444 runs, an average of 63 and had etched himself into my cricket psyche.

I wanted to be Robinson. Why? Because from what I heard on the radio, it hit forever and I kind of like that idea (during that tour to India, he was immortalized in the song, Old man Robbo, he just keeps hitting along). The problem was I didn’t know what he looked like when he hit. In my imagination he was very neat and tidy in the fold and a colossus who would see anything India threw at him. I knew he would hit when I went to sleep and still hit when I woke up, but what did he look like at the crease? Without TV pictures I had to rely on pictures in my Cricketer magazines (I was a subscriber now!) but those were just a few snaps, including one of Robinson writing Christmas postcards by the pool! I realized he wasn’t a swashbuckler, but he was clearly someone you could rely on, and that appealed to me.

Time is everything. Robinson had opened in India with Graeme Fowler and England came back knowing the 1985 Ashes were just around the corner. Robinson and Fowler knew that a certain Graham Gooch had just returned from international exile. Fowler came off the back of a double hundred in Madras and Robinson had established himself during the India series. Gooch would play. But who would open with him.

Australia arrived and there were three one-dayers. Fowler got the nod for the first game with Robinson left on the sidelines. Fowler made only ten and Robinson came in for the second and third games. It didn’t score much, but it was my first glimpse of the upright, studious opener with the massive armguard.

And then the Ashes began. England was led by Gower (who had found form in the final one-day race), Botham was back with his striped mullet, Gatting had the confidence of a first Test 100 under his substantial belt, and Gooch, with his white crash helmet, was ready to open. Robinson, who got the nod to join Gooch at Headingley, played his first test in this country. Australia had a very fast bowler sprinting to the wicket named McDermott and a slightly older gray-haired guy named Thomson. Australia hit first and got 331 with lucky whore Hilditch getting a hundred. Then it was England’s turn.

I was stuck to the television. It was the first time I’d actually seen Robinson. Large, upright, neat, tidy. Short-sleeved shirt, blue helmet with visor, armguard and those double full-finger gloves. I remember him being calm about his business, Gunn and Moore are in a straight line as he glued the English innings together. He cut, drove and pulled and hit for nearly seven hours, scoring 175 and sending England on the road to a five wicket victory. And when he got to his hundred, there was no histrionics bat in the right hand, left fist clenched, smile on his face under the visor. Robinson had arrived.

I was right in the garage with bouncing ball and bat to be Robinson. I went so far as to drag my mom to a toy store to buy a plastic blue police motorcycle helmet with visor and I made my own armguard from a white sock with a towel in it. All summer I tried to be Robinson as he scored another hundred in the fifth Test at Edgbaston (Gower got a sublime double hundred and England won thanks to Allan Lambs ankle) and England sealed the series in The Oval when Les Taylor caught Murray and bowling. Bennett. 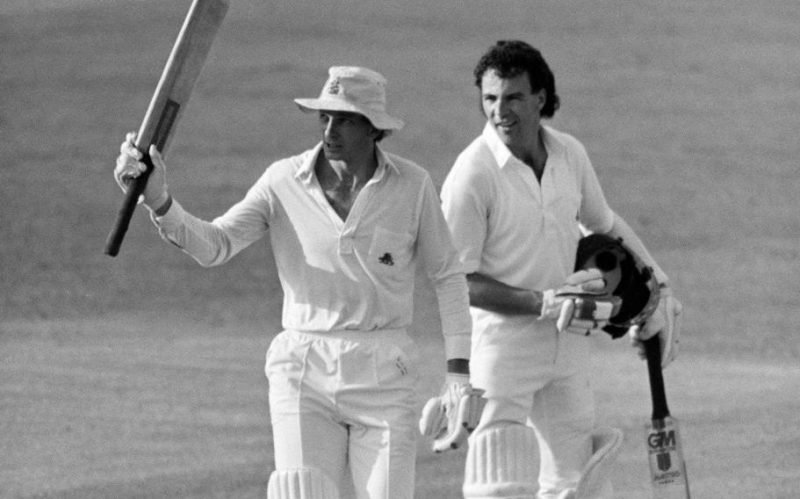 Gower and Robinson secured an inning victory for England in Edgbaston

It was a magical summer and it seemed like Robinson had the cricket world at his feet. But then England went to the West Indies and it was on the radio again for me. Although the West Indies had destroyed England the year before, this was the team that won the Ashes, led by Gower, and had Robinson on their team. For me they had to win and Robinson would score one hundred after one hundred. The West Indies unleashed Garner, Patterson and Marshall, England lost 50 and my son averaged nine. The only photo I remember from that tour that summed it up for me was my hero pushing forward with his stump in a cartwheel behind him. England was devastated and the Ashes summer seemed like a distant dream.

From there, Robinson was in and out of England. He played the first Test at Lords against India in 1986 and made the last of his Test hundreds against Pakistan in 1987. But it never seemed quite the same. His last Test was during the Ashes series in 1989. England was battered by the Aussies and Robinson was brought in at Old Trafford for the fourth Test to hit on three. He made a duck in the first innings and 12 in the second. England lost by nine wickets.

Some people have said that Robinson never recovered from the trip to the West Indies in 1986. I wouldn’t know about that because I can only think about the good times. That summer against Australia when he always seemed to be hitting, that was it for me.

He continued to play for Nottinghamshire until 1999, finishing with a first-class average of 42. He averaged 36 in Tests, with four hundred. He is now an umpire on the premier circuit. And even as a referee, he still looks neat and tidy.

Twitter delays the deployment of a new disappearing fleet