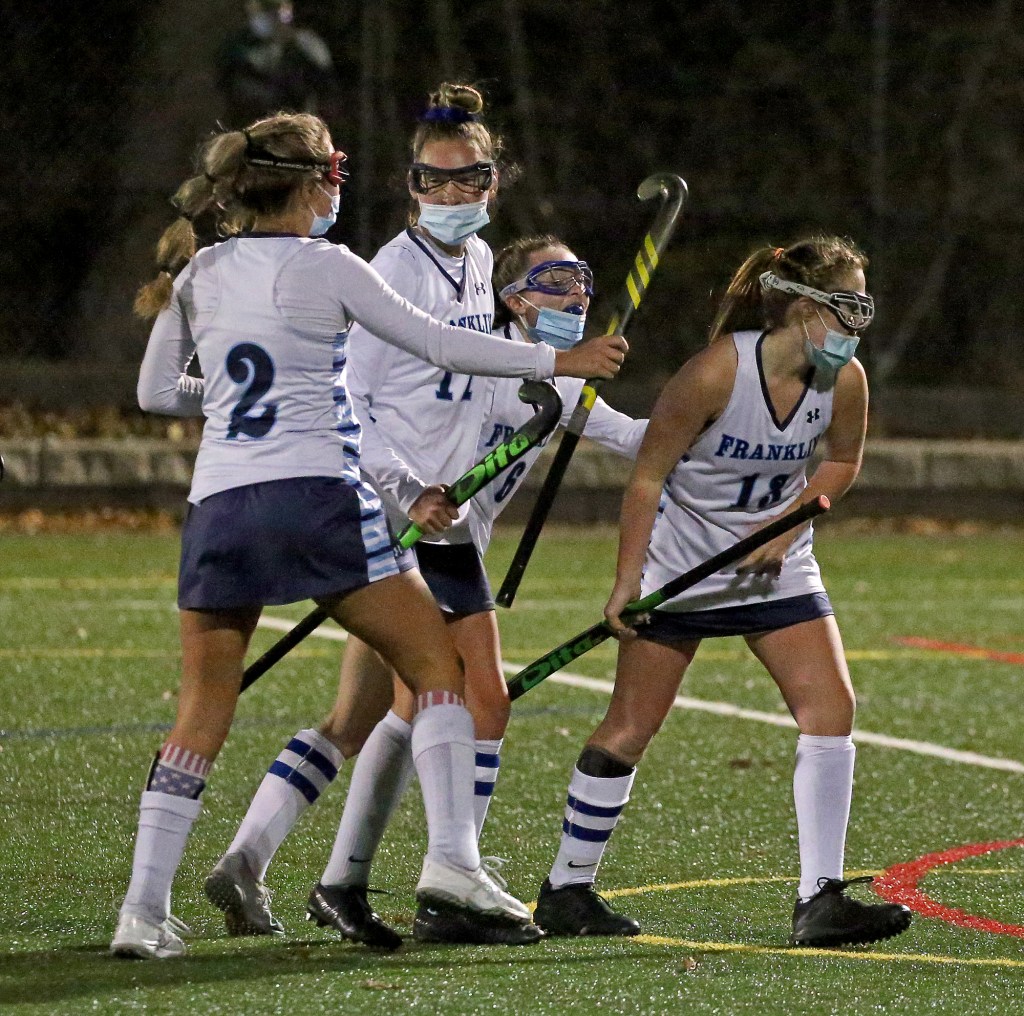 In a perfect world, the MIAA would have already crowned a few state hockey champions this month. To say that 2020 has been an imperfect year, however, is an understatement.

Since there are no fall tournaments, hockey fans have to wonder what would have happened. Well, what better place to wonder than in the last Herald hockey notebook of the year.

As more teams face COVID-19 challenges, the decision to cancel fall tournaments is looking better and better. But the great thing about determining mythical titles is that you don’t have to worry about tracking down contacts or last-minute procrastination causing chaos.

A few weeks ago, I set up a theoretical framework for mini tournaments for the Eastern Mass. Champions for Division 1 and 2 decide in just three games, using four-team North and South sectionals in each division. All 13 leagues participating in Fall I would get one rep, with three leagues split by size or geography, berthed for each of their divisions.

With the season in the books, let’s take a look at how the field might have turned out in our pandemic late season.

Yes, due to the difficult task of dividing leagues as a whole into two divisions, some teams are those in Div. 2 are traditionally in Div. 1, but all are among the smallest inscriptions in their current sectional format. And in cases where choices were not obvious, I served as a one-man selection committee.

Nor would our mythical Eastern Mass winners necessarily be true state champions. But with central and western teams without a win in the final since 2007 – Quaboag’s triple-OT, Canton wins for the Div. 2 crown – it’s close enough.

Without a doubt the most stacked drive of the four, with three unbeaten teams all capable of a deep run.

Needham is actually a BSC Herget program typically played in the South tournament, but this fall they were included in the Carey pod for travel reasons, forming the top team in that group behind a deep squad of seniors. Lexington made a plea for the Liberty berth on Wednesday night with a 1-0 win over Winchester, but Niki Micciche and Winchester have the more compelling argument after taking the first encounter, 7-2.

But if you pick someone to get out of this group, it’s hard not to start with Acton-Boxboro or Andover, who combined won 11 of the last 13 section titles and staged a classic in last year’s final when the Golden Warriors escaped. with a 1-0 win in succeed. Andovers Hanna Medwar and Paige Gillette are a tough duo to beat, but we’ll give the Colonials a slight edge in a rematch.

New Bedford is the Cinderella of this entire field, taking a rubber match against Dartmouth in the SEC final behind a pair of Kennedy Franklin goals, but the clock strikes midnight in this fraught bracket. Plymouth North is also a program on the rise, with electric sophomore Maeve Campbell grabbing the honor of Patriot Keenan MVP.

Neither is a match for the iron of this caliper, Franklin and Walpole.

The Porkers would likely have had some pent-up rage this fall after being eliminated from the Div. 1 South Finals by co-ed Somerset Berkley for the past two seasons and have arguably the best youth class in the state with Natalie Griffin, Jess Tosone and Caroline Whelan, but they’ll have to settle for the team to beat in 2021 as the Panthers advance in this exercise in what appears to be a coin flip.

Manchester Essex gets the berth from the Cape Ann by winning over Newburyport in the division winners’ clash and going unbeaten in the last nine after losing the season opener. With the field to be completed for the CCL Championship between Fenwick and Bishop Feehan, we went with the best crusaders.

Good credentials for both, but there appears to be a significant gap between those two teams and the other two – 18-time state titles Watertown and Masconomet, who made their NEC debuts this year after previously staying in the CAL.

The Raiders’ last championship came in 2017, a brief drought but one that should feel like an eternity at Watertown, which tore off nine consecutive crowns from 2009-17. So it would be criminal to choose against them, right? Except the Chieftains look like a wagon, and it’s time to jump on it.

Sandwich had an impressive campaign led by recent UNH signer Macey White, but Cohasset’s only loss was in a rare non-leaguer, so take out the Blue Knights first. OA was fantastic in his return to Davenport, but had a razor-thin margin of error this year, scoring two goals or less in more than half of his games.

The most difficult dilemma in filling in the field was choosing between two Tri-Valley League teams that placed perfect campaigns – two of the nine EMass teams to finish unbeaten – in Westwood and Holliston. The TVL is usually divided into a major and minor, but opted to group teams based on proximity this fall, and the Wolverines took more quality wins against tougher competition, including a sweep from reigning Div. 2 Champion Dover-Sherborn, gets the nod.

Powered by multisport star Kate Cunning, Cohasset led all of Eastern Mass. Teams with 13 wins before the season was shut down just before the South Shore League title game, and the skippers likely would have been the Div. 2 South favorites in a normal year, but this is the best team in Wolverines history and I don’t think they would have been turned down.

Plenty of firepower in this with the Colonials with Erin Little and Jillian Loebs and the Panthers countering with Amanda Lewandowski and sisters Sara and Kaitlyn Carney. The temptation would be to lean to AB with the slightly better tournament track record, but the Colonials are incredibly difficult to estimate having only played six games this fall, so Franklin’s larger body of work has its name engraved on the mythical trophy.

Before anyone cries that both teams would have been in the D1 tournament if it had been played this fall, remember that alignment won’t mean anything when the MIAA moves into the national format next year. This great theoretical matchup features two highly deserving programs led by seniors and future NE-10 rivals in Westwood’s Hannah Blomquist (Bentley) and Masconomet’s Cally McSweeney (Merrimack), but the mighty Masco wins it all with a mythical whisker.