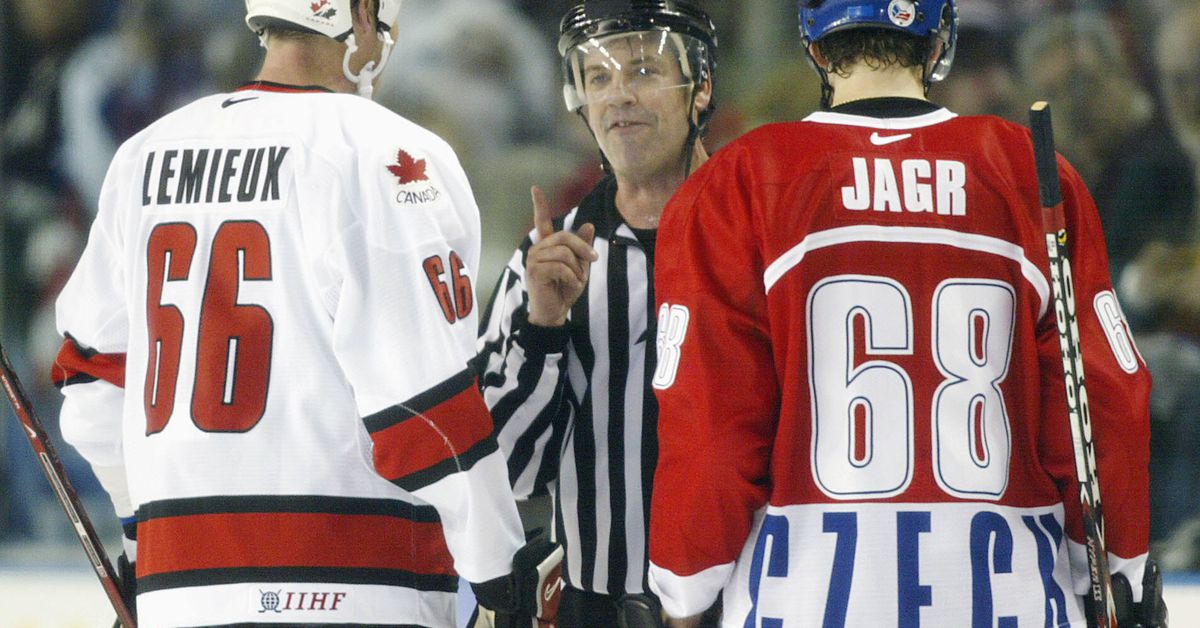 This is our last project to pass the time until hockey season returns, a fictional one World Cup of Hockey by players who play for the Penguins to their respective national teams and watch them compete for superiority and bragging rights.

We closed the group stage matches last week with some polls, you can catch up on that here.

This is how the group stage ended.

It was a romp for Mario + the Crosby-era Canadians. Chris Kunitz and Jarome Iginla scored twice each, Lemieux had one goal and five assists and this one wasn’t really a match with Marc-Andre Fleury calm and cool and showing little work.

The Russians captured 90% of the fans’ votes, but insufficient goaltending and lax defensive play made this game closer than the mood suggested. The Russians’ overall skill pushes them to the next round Evgeni Malkin (2G + 3A) and Alexei Kovalev (2G + 3A) in the lead.

Not to beat, Sidney Crosby The Lemieux-era Canadians left early, often scoring on the oversized Finns. Rick Tocchet (3G) and Mark Recchi (2G + 3A) have established themselves and are developing great chemistry with Crosby using Paul Coffey’s speed to create a very uptempo pace that the Finns couldn’t keep up.

Often known for putting in great national team performances, the Czechs ride high with a Marty Straka OT goal to upset a little and keep going. Thomas Vokoun Quietly giving the Czechs one of the stronger options in the net in this tournament and found a way to save one more than Tom Barrasso, as voted by the Pensburgh readers to send Kevin Stevens and the Americans home early.

Now there were only four teams left for the star-studded final. Are Mario vs. Geno on the one hand and Sid vs. Jagr on the other hand, as the greatest icons in franchise history, have some serious support firepower to help them out.

Looking ahead, the teams are fairly even. The star centers of Lemieux and Malkin will set the tone. Mario has Jarome Iginla and Chris Kunitz on his wings. Malkin collaborates with Aleksey Morozov and Alexei Kovalev. This seems pretty similar, especially with a Lemieux / Iginla vs. Malkin/ Kovalev very high-end battle. The Russians can’t be fired, but the Canadians aren’t a weaker trio here.

Defensively, the clubs are comparable in strength. The two Sergeis (Gonchar and Zubov) may even be slightly ahead of Canada’s pair Trevor Daley and Kris Letang.

In the net is Fleury vs. Alexander Pechurskiy the matchup. Pechurskiy only has one NHL game in his career and a modest KHL career where he was mostly backed up. Fleury has a high peak of possible play (as seen in the 2008 playoffs and the 2017 series vs the Caps) but also much more deeply defined valleys (like 2010-14 playoffs, let’s say no more). Which Fleury appears here in a print game? Will it even matter?

The other semi-final matchup is another electric encounter. Up front Crosby with Rick Tocchet and Mark Recchi are a very balanced group of speed, skill and a net-front edge. But the Czechs are not short on speed and skills gap with Straka, Robert Lang and Jagr went up against them. That’s free even on paper, although probably a slight advantage over the Canadians, even given that the Czechs always seem to uplift and find magic in tournaments (and a history of better knocking on paper Team Canadas in the semifinals! …)

The tide is turning defensively. Crosby and his company attempt Jiri Slegr and Michal Rozsival is a major mismatch in favor of the Canadians. But Coffey and Larry Murphy’s Canadian defenders aren’t exactly known for being strong on their own side, and Lang and Jagr’s big bodies might just be able to protect the puck and find success low as well.

Styles make fights, as they say in boxing, and in the net the lead goes back to the Czechs, who may be able to make up for their defensive woes if Tomas Vokoun can hide mistakes and close the door to the Canadians. Canada rolls out Ken Wregget, who had a prolific 15-year career, albeit mostly as a backup.

Can the Czechs continue to write another Cinderella story, or will Crosby put an end to that?