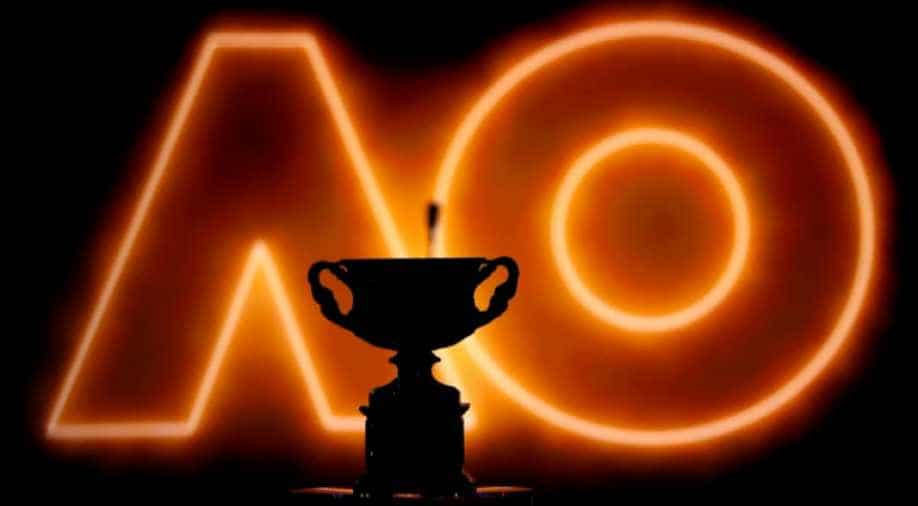 The best tennis stars are threatened with penalties for violating strict Covid-19 protocols when they arrive this week for an Australian Open that, according to the top boss, needs a “little miracle” to run smoothly.

The first Grand Slam of the calendar normally kicks off in the third week of January, but planning for this year’s tournament was a logistical nightmare for the besieged organizers.

But restrictions on international arrivals in the state of Victoria pushed the tournament’s start date back to February 8, with a series of WTA and ATP events played in Melbourne the week before to ensure players are in the loop.

Melbourne was the epicenter of the largest coronavirus outbreak in Australia’s second wave, which led to strict lockdown measures for four months.

This grim backdrop created exciting negotiations between government officials, organizers and players to work out an enjoyable health security protocol for the Australian Open.

The bottleneck was over allowing players to practice during the mandatory 14-day quarantine period, but in the end the authorities gave the green light and gave daily five-hour blocks for training and treatment.

However, players are facing tougher measures compared to last year’s US and French openings in cities affected by the virus and will have to spend 19 hours daily in quarantine in their hotel rooms.

Australian Open defending champion Sofia Kenin admitted it was “not the most ideal situation”. ‘It is what it is. The rules are pretty strict, but it’s for everyone, ”she said.

There is also the threat of sanctions, including hefty fines, extra time in quarantine or deportation if rules are broken.

Ukrainian number five in the world, Elina Svitolina, hired a mental coach in an effort to deal with the stress and uncertainty.

“I think during the difficult time at this point it is very important mentally to stay strong, to stay fresh,” she said.

Six-time Australian Open champion Roger Federer’s decision to withdraw – breaking his record streak of 21 consecutive singles appearances in Melbourne – affects the draw of the tournament, which was left behind after suggestions he had skipped due to quarantine regulations.

The 39-year-old had undergone two knee surgeries last year and has not played since his semi-final defeat to Novak Djokovic at the Australian Open 12 months ago.

“They should stay in the room for 14 days. The exception is for players only.”

Just days before the players arrived, organizers were forced into a battle to find more accommodation after a luxury Melbourne hotel pulled out over the hostess.

In a late turn, it was revealed on Saturday that a contingent of up to 50 – including top stars Novak Djokovic, Rafael Nadal, Serena Williams and Naomi Osaka – would instead be quarantined in Adelaide with a practice tournament there prior to the Australian Open.

It led to Jeremy Chardy, number 72 in the world, accusing the organizers of preferential treatment.

Australian Open chief Craig Tiley admitted there would be “some benefits” for players in the smaller Adelaide cohort, but said “the training conditions will be the same”.

Tiley said the toll on organizers had been enormous with a 1,270-strong contingent on 80 charter flights funded by Tennis Australia traveling to Melbourne and Adelaide this week.

“It’s just crazy, we’ve never seen anything like it,” he told Tennis Channel.

“From a logistics point of view it will be a small miracle to get something like this done, but we’re trying well.”

While Melbourne has recently experienced a minor new outbreak of the virus, Tiley expected attendance at the Grand Slam to be around 50-75 percent, which was more than the largest crowd for a tennis tournament since the pandemic began.

“We are doing our best to keep an Australian Open as close as possible to 2020,” he said. “Hopefully it will be normal.”