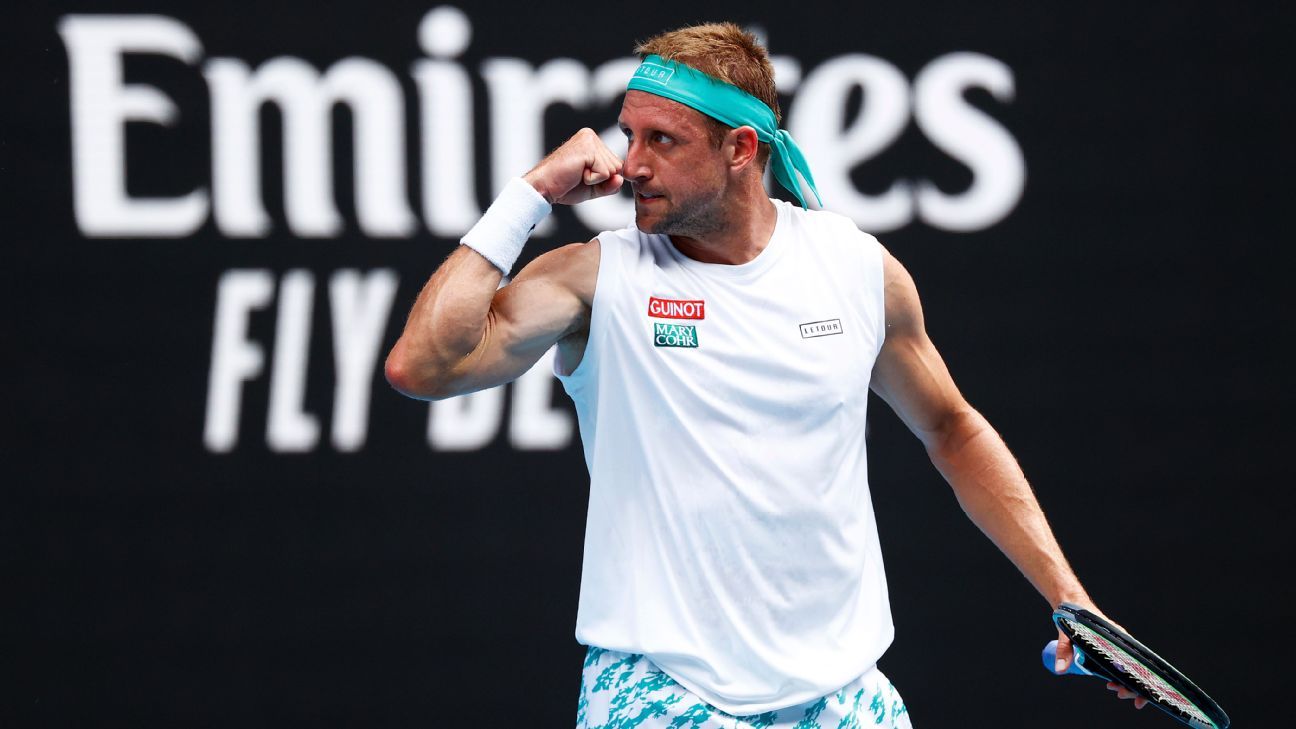 Tennys Sandgren forced an early clarification of the COVID-19 rules when the first of 15 charter flights began flying Down Under to deliver players for the Australian Open.

The two-time Australian Open quarter-finalist was given special permission to board one of its flights from Los Angeles to Melbourne, despite a positive test for COVID-19 in November and again on Monday.

The first of approximately 1,200 players, coaches, entourage and officials would land in Australia on Thursday.

According to the tournament protocols agreed with the Australian government, all players were required to return a negative test before boarding their flights to Australia and would be quarantined for further testing on arrival and daily for a period of 14 days.

The No. 50-ranked Sandgren received a waiver after Australian health officials reviewed his case.

The American player posted on social media that he was not contagious and was allowed to go on a delayed flight.

“My two tests were less than 8 weeks apart. I was sick in November, now completely healthy,” tweeted Sandgren. “There is no documented case where I would be contagious at this point. Completely recovered!”

Tennis Australia moved to clarify the situation in a statement Thursday that stated that players who had previously tested positive for COVID-19 had to “ provide additional and highly detailed medical information as proof that they are a recovered case and no longer contagious or risk to the community. “

Tennis Australia added: “In the case of Tennys Sandgren, who himself disclosed that he tested positive earlier in late November, his medical record had to be reviewed by Victorian. [state government] health authorities. Upon completion of that assessment, he was allowed to fly. “

The Australian Open has been postponed for three weeks due to restrictions on the COVID-19 pandemic, and is set to start on February 8.

On Wednesday, nearly 12,000 kilometers (7,500 miles) from Melbourne, the tournament’s qualifying tournament ended, with 16 men and 16 women scheduled to take part in the main tournament.

Due to Australian restrictions, the men’s and women’s qualifying tournaments – in Doha, Qatar and Dubai – were held outside of Australia for the first time.

Jones has ectrodactyly ectodermal dysplasia, meaning she was born with three fingers and a thumb on each hand, three toes on her right foot, and four toes on her left.

On the men’s side, qualifying matches include 17-year-old ATP Newcomer of the Year, Carlos Alcaraz from Spain.

Six women and six men will also travel to Australia as lucky losers and, like the rest of the international players, undergo a mandatory quarantine in the hope of securing a seat in the main tournament to cover up injuries or withdrawals. There are 104 direct entries based on the rankings for the men’s and women’s singles main draw, plus wildcards and the qualifiers.

The 15 flights have a capacity of no more than 25% and arrive in a 36-hour period ending early on Saturday.

Once a negative result is returned, players can train for five hours a day in a tightly controlled environment, and players and their teams are tested every day during quarantine.

The draw of the Australian Open will take place on February 4, four days before the start of the main tournament, which ends on February 21 with the men’s singles final.

Djokovic, Rafael Nadal and Serena Williams will be part of a group of players involved in an exhibition event in Adelaide, South Australia on January 29. All other tournaments take place in Melbourne, including the 12-team ATP Cup starting February 1. and two WTA events in the week leading up to the Australian Open.

India uses 2 COVID vaccines despite suspicions about one of them