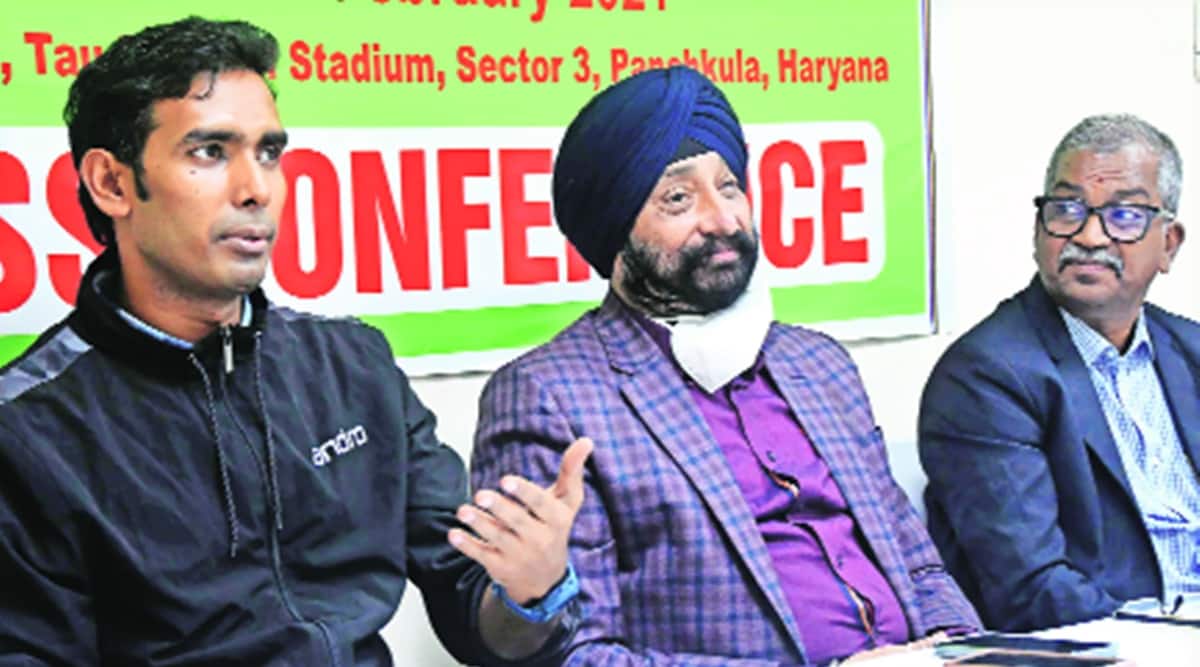 WHEN the men’s singles category matches begin in the 82nd Senior National Table Tennis Tournament at Tau Devi Lal Sports Complex, Sector 3, on Saturday, followed by the main table matches on Sunday, Sharath Kamal, nine-time national champion and world number 32 champion, will not only at its tenth national title, as well as valuable experience leading up to the WTT Contenders and World and Asian qualifiers for the Tokyo Olympics, to be held in Doha next month.

Kamal, who tops the men’s singles category, faces a tough challenge from world number 37 G Sathiyan, apart from defending champion Harmeet Desai and younger Manav Thakkar, and the three-time Olympic paddler sounded confident he would add his tenth national title in his cat.

Most of us haven’t played in a tournament in the last 11 months and the seniors are the best tournament to start competitive table tennis as the best players are here. I can break my own record of nine titles and win my tenth senior national title. Harmeet will want to defend his title and Manav will also strive to win his first title. Besides them there are talented youngsters like Arjun Ghosh, S Snehit, Jeet Chandra and Ronit Bhanja and it will be a competitive top 16. This will be my second time playing in Tricity and looking forward to returning to competitive circuit after such a long pause, Kamal shared.

After the lockdown, Kamal was part of the senior camp in Sonepat from October to December last year, before organizing a training camp for elite players in his hometown of Chennai in January of this year.

The camp in Chennai saw the players train under Kamal’s father and Dronacharya contractor coach A Srinivasa Rao and Kamal considers training at Sonepat and Chennai as a perfect preparation for the national and other tournaments.

Physically, most of us are very fit because we focused on fitness during lockdown. By training at Sonepat and Chennai we gained some good practice time. The only question is about competitive fitness and mental acuity and we’ll get to know it all here. Only Harmeet and Sathyan have played in the past 11 months as Harmeet played in Europe and Sathyan in Japan and Poland. So it’s going to be challenging and testing time here, Kamal added.

While the Indian players, including Kamal, head to Doha on February 25th later this month for the WTT Contender (February 28 – March 6) and WTT Star Contender (March 5-13), followed by the World Qualifiers (March 14-17) ) and Asian qualifiers (March 18-20) for the Tokyo Olympics, Kamal sees the experience of playing five tournaments in a row as challenging.

The world’s number 32 also believes it will also help him to be in better shape for the world and Asian qualifiers, where the quota seats for the Tokyo Olympics are offered.

While Kamal can seal the Olympic quota in Doha, he also hopes to get his hands on the mixed doubles quota, along with 2018 CWG Champion Manika Batra.

I am confident that two of us can reach the Olympic quota through world or Asian qualifiers. The mixed double quota will also be important and we think we can seal the quota. The federation has given us all the support we wanted. We have trained with the DHS DJ 40+ ball and the qualifiers will also be played on top black tables, which is also the case with the nationals here and it will help us, Kamal concluded.

Florida women disguised as grandmothers to get early COVID shots