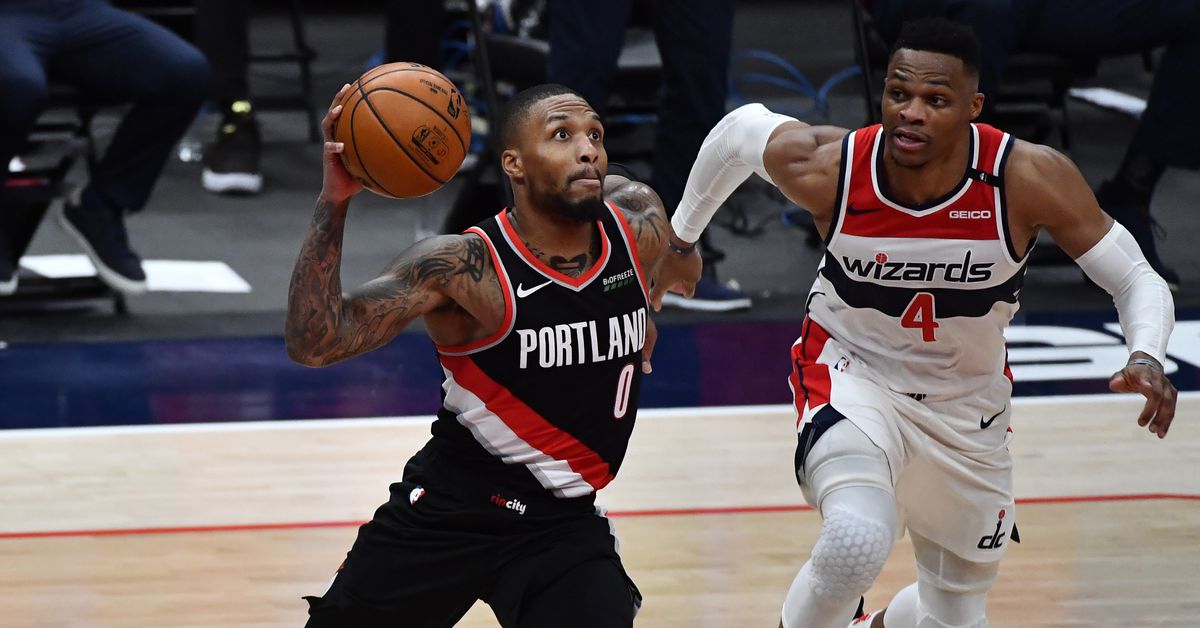 The Portland Trail Blazers will take on the Washington Wizards at the Moda Center for their first game back after a three-game road trip. The Blazers are ringing off the hook, currently on a six-game winning streak with wins in nine of their last ten games. The Wizards are struggling to start this season, but are starting to bounce back after winning three consecutive games coming into this game.

Blazers Edge will receive a commission when you sign up through these links.

Mike DePrisco of NBC Sports Washington talked about the boost the Wizards have recently received from their new starting line-up.

A big reason for the Wizards’ latest turnaround came from a drastic lineup change that Brooks made last week, putting Moe Wagner and Garrison Mathews in the starting line-up alongside Bradley Beal, Russell Westbrook and Rui Hachimura.

The Wizards needed a jolt of energy in the starting lineup, and those two additions brought in spades. This setup scores a nice 115.7 points per 100 possessions, but currently defends itself at an insane level (83.3 defensive rating). Wagner’s versatility on the defensive side positively impacts the overall avarice of the Wizards’ front line, and it also helps that he developed into a pretty good flopper.

NBC Sports Washington writer Chase Hughes writes about the impact Russell Westbrook had when he took his team to a victory over the Denver Nuggets a few nights ago.

At the beginning of this season, before Russell Westbrook ever played a game for the Wizards, head coach Scott Brooks and others raved about his leadership and the tone he sets for his teammates. They believed he would have a winning impact on the Wizards with his intangibles as much as with his bouncing, passing and scoring.

Wednesday evening we saw that come to life at the end of the first quarter. Westbrook ripped out his teammates about their efforts in key areas that the Denver Nuggets beat them on their way to an early 20-point lead.

The Wizards caught momentum shortly after and drove it to a 46-23 second quarter. They would eventually win the game, their third straight series, despite a seesaw ending.

Kevin Broom from Bullets Forever comments about Scott Brooks and whether he is the right coach for this Wizards team.

I know a lot of fans would prefer Brooks to be sent to the glue factory instead of the pasture. I’m in no way going to argue that Brooks did a good job that he didn’t. At the same time, I don’t think he cost the team as much as many fans think. They run standard NBA sets (lots of horns and custom horns) and they have some good counters, fake actions, and post timeout games. There are some original and creative ideas, but nothing inconsistent with NBA coaching standards.

His lineups and playing time decisions leave a lot to be desired. Rather than picking a rotation and sticking with it for a few games, he would guess from night to night which players might be effective. And he’s merged them into lineup groups that don’t seem designed to maximize anyone’s effectiveness. On the other hand, the selection is filled with a bunch of guys with a performance level in roughly the same category. Deciding who is playing when there isn’t much to distinguish them is challenging.