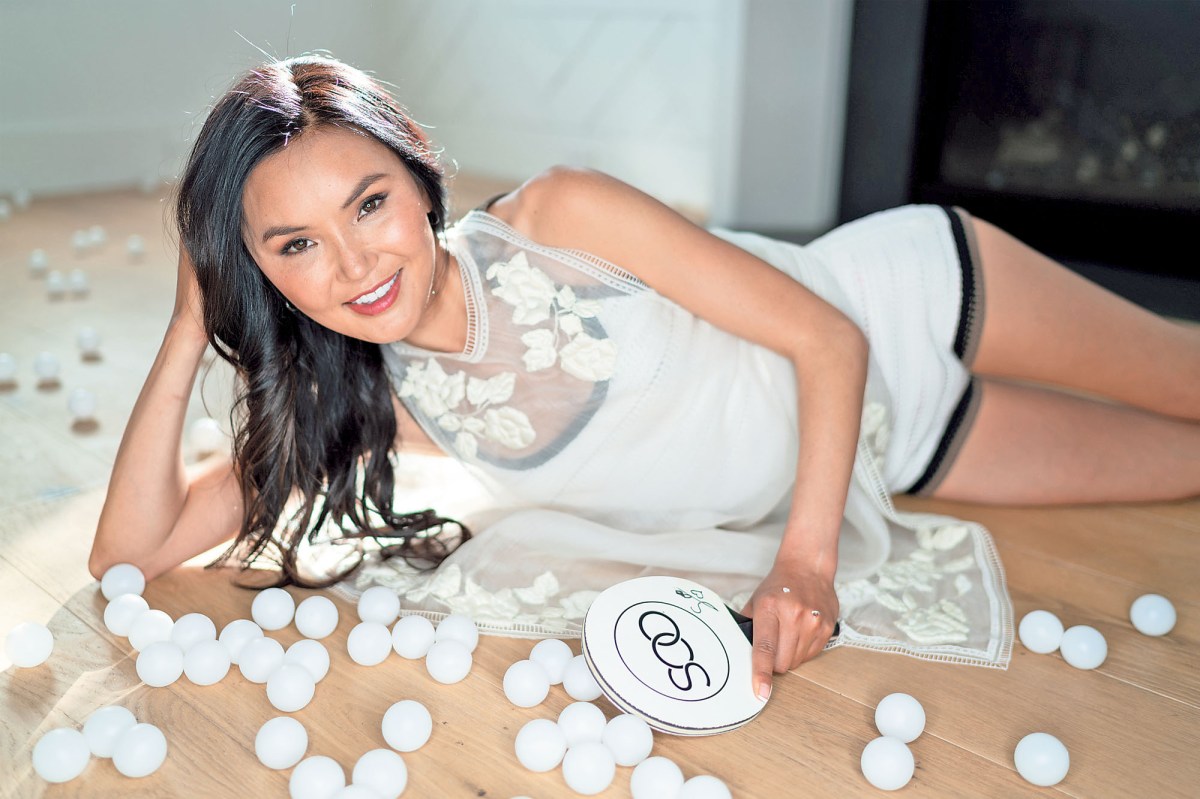 With people stuck at home, they went looking for something to do, Lee, 36, told The Post. The Los Angeles native, who is also a model, bolstered her online presence: she offered virtual classes and posted more videos of herself playing in sexy clothes. The approach worked. Her Instagram followed by 20,000, and she also saw interest in the game growing.

That was really fun to watch. More people were playing.

Despite the growth, Lee is still itching to get things back to normal.

I’d rather interact with people in real life than in the virtual world, she said. When people come to events, I feel the energy.

Since 2009, the former competitive athlete has worked as an ambassador for Susan Sarandons’ table tennis clubs, Spin, where Lee puts on dizzying exhibits while wearing heels and cocktail dresses. (All locations are temporarily closed due to COVID.) Those showcases led to a guest star on Entourage, as well as stars hiring her to coach them.

While she was pictured with actor Dylan McDermott on a beach last summer, she’s coy about her dating life, saying only: I’m not married.

Unbound or not, Lee keeps busy. The pandemic break has given her the opportunity to launch her lifestyle clothing brand, SOO & PONG, to help spread the gospel of her sport.

Ping-Pong is one of my greatest passions, and when I played it was all about winning, she said.

Born in Busan, South Korea, she was introduced to the game as a girl in school and soon showed a natural ability. After three months, the 70 children’s program was reduced to the top six. I was one of them so I just started playing ping pong, she said. It wasn’t a mistake, but it wasn’t really a choice.

Lee won her first of six National Junior Championships at the age of 12, after which she left home to train under a Korean Olympic gold medalist. She won three national tournaments, although she did not make it to the Olympic team.

In 2004 she moved to New Zealand to learn English and won that country’s Womens Singles Championship. But New Zealand wasn’t really my place, she said.

In 2007 Lee moved to LA, competed in the US Open of table tennis and began modeling for Target, K-Swiss and Nike. She unexpectedly started an acting career when Doug Ellin, executive producer of Entourage, asked her to teach him and friends ping-pong.

I had never heard of the show, she said. I played table tennis with Doug and some friends and had a good time. Then I got a call and he said, “Soo, we wrote a part for you.

On a 2010 episode of the show, she trained John Stamos to play in a match against Kevin Dillon’s Johnny Drama character. Lee spent a month on the Entourage set teaching them the ropes of the game. Kevin is a natural athlete so he picked it up quickly. It took longer with John, she recalled.

He plays ping pong just like he plays basketball: he’s so fast, said Lee of Curry.

The best star she trained? That would be former Indiana Pacers star Reggie Miller, who calls her Coach. During the 2016 NBA All Star weekend, Miller tapped her to prepare him for a game against rapper Drake.

I have never seen anyone progress so quickly. We trained intensively, Lee said. And he hit Drake.

China ready to work with ASEAN to ease Myanmar turmoil

This is exactly how Molly Goddard makes a tulle dress