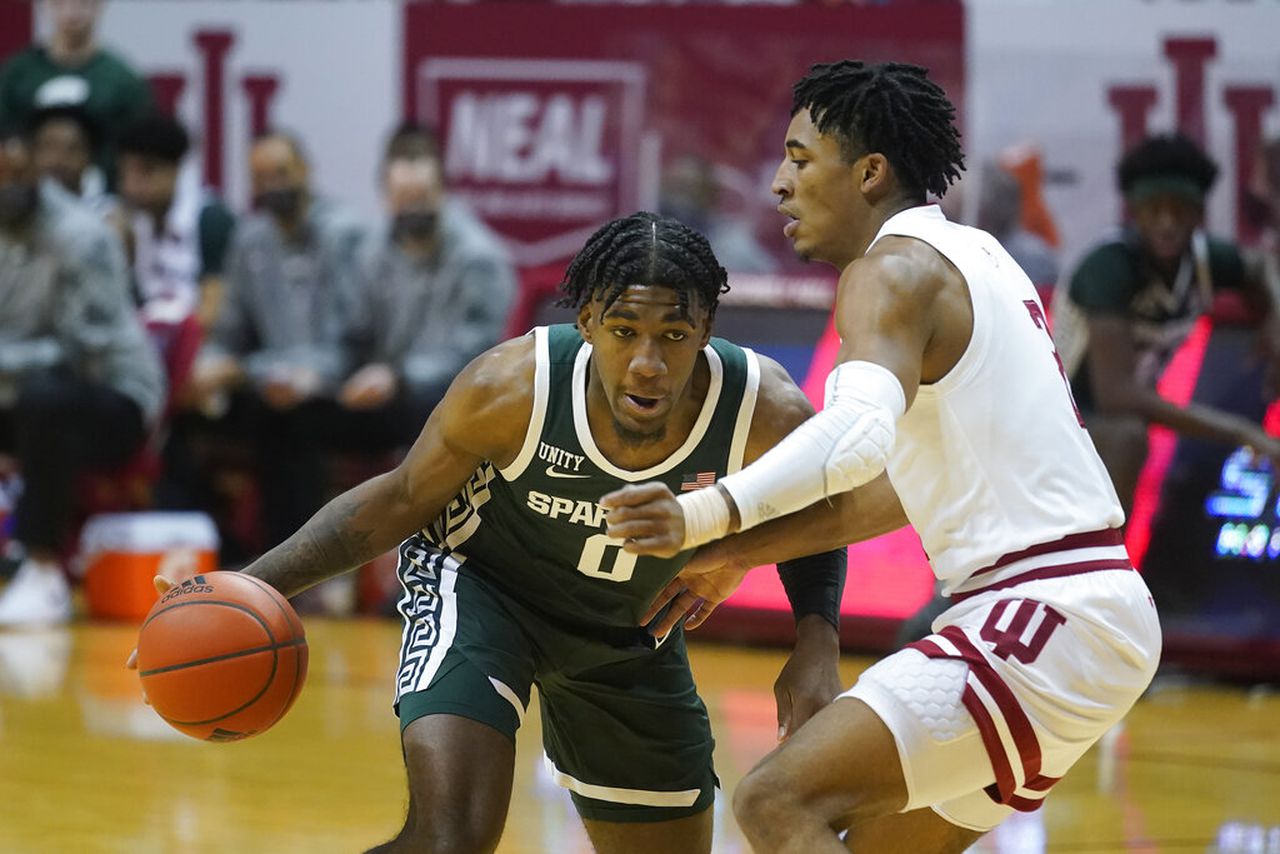 BLOOMINGTON, Ind. True to their word, Michigan State players didn’t stop fighting after they fell to a game above .500 and probably saw their NCAA Tournament hopes evaporate.

In a race that meant little in the big picture of their season, the Spartans put together one of their best pieces of the season and won a rare victory on the road.

The Spartans fought back from a double-digit deficit in the second half on Saturday afternoon to beat Indiana 78-71. It was the team’s second victory on the road from Big Ten.

After double-digit back-to-back losses to Iowa and Purdue, the Spartans featured at Assembly Hall were their best performance in weeks.

After trailing 10 points with 15 minutes to go, the Spartans went on a 22-6 run to swing the game to a double digit margin in their favor.

After Aaron Henry started the run, the Spartans came in balance with 9:03 over when Joshua Langford pumped out of the corner and headed for the hoop for a three-point play.

That covered eight straight points for the only elder of the Spartans. Henry gave Michigan State a lead on his next possession, and a Gabe Brown corner 3 sent the Spartans bench into a delirium.

Michigan State extended that lead to 11 a few minutes later and made enough late plays to hold back a Hoosiers team that got no closer than four runs. The Spartans did not turn the ball over in the 9:53 final and did so only four times in the second half.

Henry had arguably the best game of his season, equalizing his career with 27 points on 9-for-17 shots. He missed only one of his nine free throws and added five rebounds with just one turn.

Brown sank a season-best four 3-pointers, three of which came in the second half, en route to a 14-point game.

Langford tweaked his season highlight with five assists, while stepping into a bigger ballhandling role to sort out the Spartans’ problems at the position. He scored 14 points.

Those efforts helped that of second-year Indiana striker Trayce Jackson-Davis, who scored 34 points. He became the last major opponent to produce a strong play, mostly by going to the free-throw line 16 times, so 12.

The Spartans overcame double-digit backlogs in both halves as early turnovers and frontcourt defenses led to early frustration.

Michigan State turned the ball over seven times in less than seven minutes to open the game and was 13 points behind.

But instead of allowing a big early lead to a balloon, as the Spartans have done several times this year, Michigan State fought back and tied the game right before the end of the half.

Langford acted more as a ballhandling, helping the Spartans score on five consecutive possessions. Thomas Kithier came into the game and slowed down Jackson-Davis, who scored 12 points in the first 13 minutes of the game and committed four errors in the Spartans frontcourt.

Henry, meanwhile, scored four baskets in the last eight minutes of the half to help the Spartans get all the way back and level the game with two minutes remaining.

The Spartans return home to defeat Illinois on Tuesday.