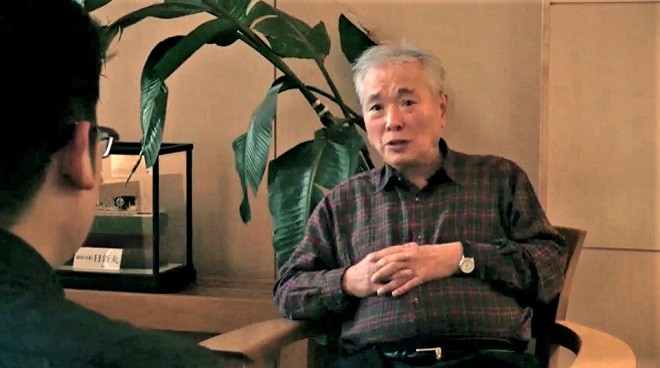 Students born more than 20 years after the end of the Vietnam War shed new light on Japan’s involvement in the conflict through interviews with some of the participants and related people.

One of the works by members of the laboratory of Ryoichi Matsuno, a journalism professor at Chuo University’s Faculty of Global Informatics, has won an award outside the college.

They have also been published in an internal magazine on the theme of the Vietnam War and Japanese.

Naohiro Koenuma, 22, who graduated from the University’s Faculty of Policy Sciences last spring, made a film during his student days called Vietnam Senso no Kioku: Moto LST Norikumiin no Katto (Memories of the Vietnam War: Emotional turmoil of former LST crew) .

His creation was awarded a prize for excellence among other works presented by citizens, students and municipalities at the Age of Regionalism Video Festival held in Osaka prefecture last November.

Koenuma interviewed the former Japanese crew member of a tank landing ship rented by the US military in the 1960s to 1970s to learn how US military personnel, tanks and ammunition were transported from all over Japan to Vietnam.

Few people know that the Japanese supported the US military’s operations as crews of transport ships, said Koenuma, who now serves as a reporter for Mainichi Newspapers. I interviewed seven times and tried to dig deeper into the topic.

The story concerns a demonstration on October 8, 1967 by students opposing the Vietnam War around a bridge leading to Haneda Airport, to prevent Prime Minister Eisaku Sato from leaving for South Vietnam.

Hiroaki Yamazaki, a student at Kyoto University, was killed in the clash between protesters and riot police. Yamazaki’s older brother, Tateo, started a commemoration project to mark the 50th anniversary of the incident in 2017.

Tateo also created a commemorative magazine and monument featuring his brothers’ former classmates and others with an exhibition staged in Vietnam to showcase relevant material.

I was interested in student protests of the time, Hakamaya said. I got to know people who hadn’t forgotten about the incident even 50 years later and wanted to understand what motivated them.

In addition to articles by Koenuma and Hakamaya, the featured works depict a soldier of the Imperial Japanese Army who remained in Vietnam even after the end of World War II; an anti-war US military official who escapes from a US base in Japan; and a refugee from Indochina expelled from the homeland.

Students are also reportedly investigating a protest at a US military base in Japan, interactions between North and South Vietnam via table tennis, a locally deployed Japanese diplomat, and the history of the Cambodian genocide.

Chuo University Press is considering publishing such pieces in a different issue.