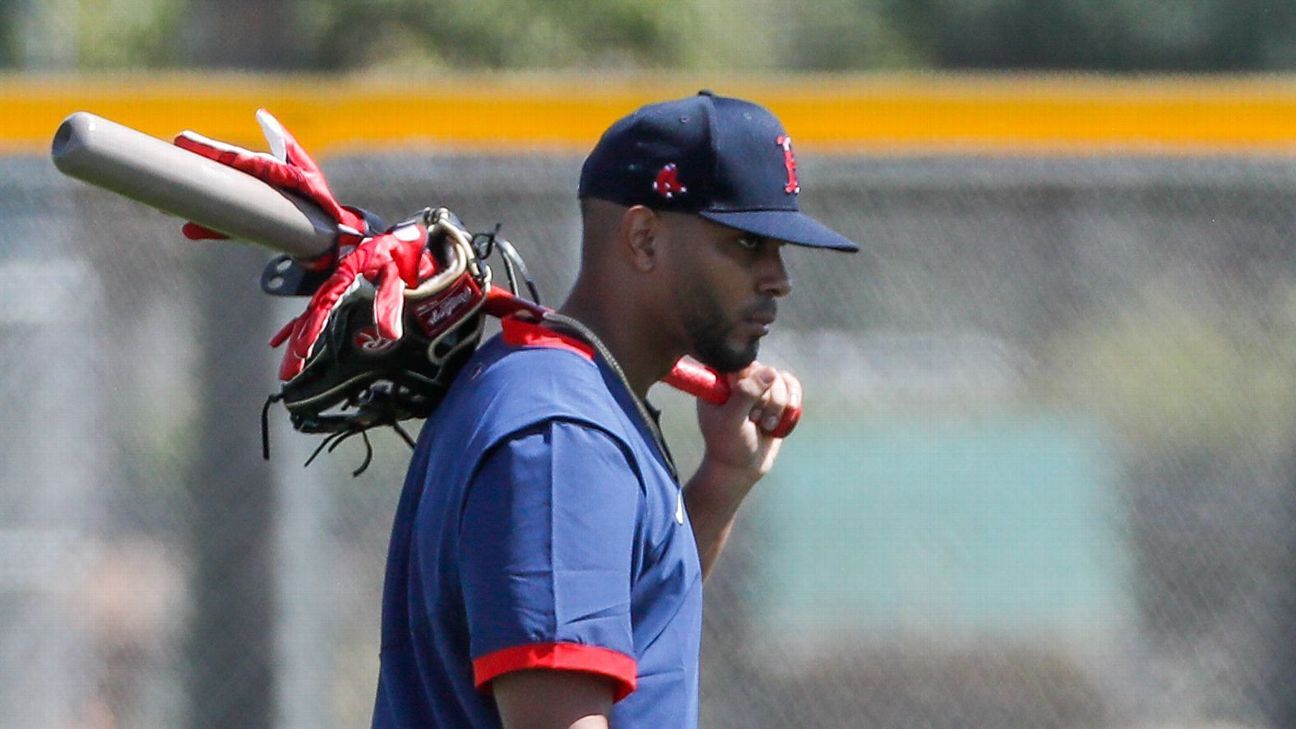 In less than a decade, Xander Bogaerts has gone from emerging prospect to elder statesman in the Boston Red Sox clubhouse.

“It is quite crazy to think how time flies so fast,” said Bogaerts on Monday in a Zoom call of the spring training. “I was young man. I just wanted to go to the big leagues and make it from my little Aruba.

“Now I’ve been in the big leagues for eight years and have achieved something at a young age so far,” he said. “That motivates me to keep doing it, to keep improving and setting an example.”

Just 28, Bogaerts is already the surviving member of the Red Sox, who signed him as an amateur free agent in 2009. He broke into the majors at the end of the 2013 season, and by the time the team reached the World Series, he had made his way to the starting line-up.

“Now he is the oldest,” said manager Alex Cora on the first full day of team training. “Today I saw him walking around talking to players, becoming the leader I envisioned a few years ago. It will be fun working with him.”

Dustin Pedroia had been Boston’s senior statesman before retiring this winter, unable to return from the knee injury that limited him to nine games in the past three seasons. He led as he played, said Bogaerts: Loud, in your face, and did what he could to win.

“He was just as small, but had the biggest mouth that could have entered the clubhouse door. I think that fueled a lot of guys,” said Bogaerts.

“He pushed a lot of guys to get the best out of them. And he was such a great player for the team and the organization. He was real class, man.”

The 2008 AL MVP video-addressed his former teammates on the first day of practice on Monday, as did Cora and Chairman Tom Werner. (The workouts were actually broken in two to allow for social distance; the team meeting was held outside.)

“We talked about a few things: expectations, trust, family environment. It was a good one,” said Cora. “It’s nice to see the whole crew here. It was a day we’ve been waiting for, and now we can leave.”

More gentle than Pedroia, Bogaerts probably won’t try to duplicate the style of his old doubles partner. Instead, he’ll try to give his younger teammates the benefit of his experience, letting them know what’s expected by the Red Sox and the city of Boston.

“I don’t have as big a mouth as Dustin. I like to push people,” said Bogaerts. “This game is tough, especially if you’re going to play in Boston. It’s a pretty strong market that requires a lot of winning.

“Last year was a pretty tough year for us. … I’m going to let the guys know that the city expects to win with a high clip.”

Bogaerts saw that in 2013, when he hit .296 with three doubles and a triple to help the Red Sox win the World Series. He has since made the All-Star team twice, including 2019 when he finished fifth in the AL MVP voting.

“He’s just a short stop hitting .300, hitting 30 and going in 100,” said Cora. It’s not just about what you do on a short stop, it’s also about how you behave in the clubhouse, what you do for the community, how people see you in Boston. There are no red flags with him.

‘People know how I feel about Carlos [Correa], and Javy [Baez] and Francisco [Lindor]”Said Cora.” But I am happy that Xander Bogaerts is my short stop. I am more than satisfied. “

And he should have it for a while.

Bogaerts signed a six-year $ 120 million contract in 2019 that could keep him in Boston until 2025. But it also has an opt-out after next season, and the star short-stop market was shaken off-season when San Diego signed Fernando Tatis. Jr. to a 14-year deal for $ 340 million.

“He clearly got a lot of money. Good for him, good for his family,” said Bogaerts. “It’s a good thing for the shortstop class that will come this year. Hopefully they will all get paid as they want.”

Lindor, Correa and Bez could be free agents after this season, along with other star shortstops like Trevor Story and Corey Seager.

Bogaerts himself said that he had not considered whether it would be back on the market in 2021.

“It’s so far down the road,” he said. “I remember when I signed, I thought, It’s so long before I even become a free agent again. Like I said, time passes quickly. And sometimes you have to make decisions even faster than you expect.”