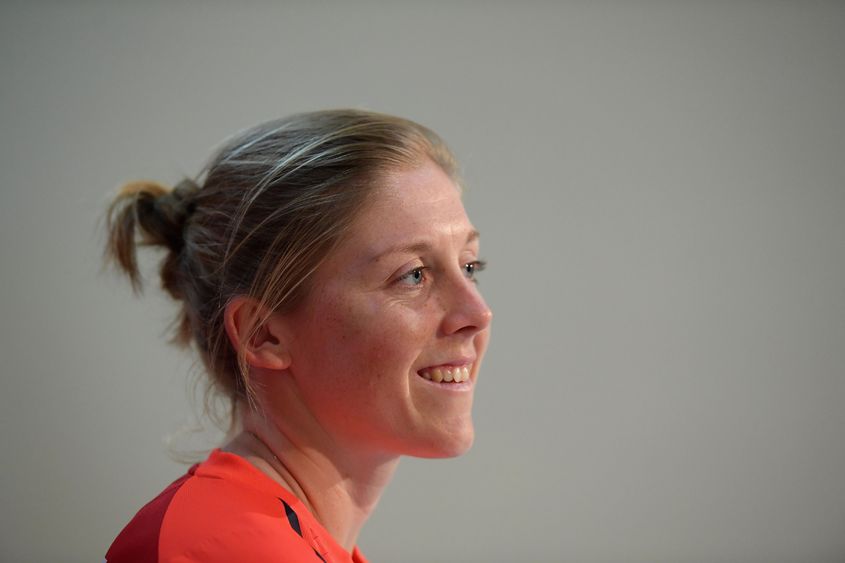 Heather Knight was grateful for every opportunity to put on her spikes during the shutdown, but she kept thinking about the neglected female cricketers who weren’t so lucky, writes Rachel Steinberg.

For the English captain, COVID-19 perfectly framed the existing inequalities in her sport. When the competition came to a halt, everyone finally began to see the full, alarming picture.

I think one thing that the pandemic has really highlighted is the discrepancies in the way different boards around the world treat and value women’s cricket, she said.

I think some have really taken a step and supported the women’s side of the game, including the ECB, but I think some boards have been neglecting it and really prioritizing men’s cricket.

I think people want to talk about it a lot more [the discrepancies] and mark them now, and hopefully address them.

And that makes me [feel] really moving forward positively and hopefully something we can do in terms of women’s sports, to reduce that inequality and level the playing field a little bit more.

Knight addressed the Women in Sport Digital Conference from her hotel room in New Zealand, quarantined prior to the UK limited overs tour.

The 30-year-old acknowledged the financial pressure on boards, but still found the lack of play opportunities for women a shame, especially for people like India.

Unlike England, which faced the West Indies in September, WV Ramans’ side have not seen an international opponent since Australia’s loss in the T20 World Cup final last March.

England were potentially ready to compete for the title themselves, but a downpour washed away their semi-final with hopes of hoisting the trophy.

It was a very disappointing day for the Knights team, who were subsequently removed from the rapidly changing situation at home in the UK. Boris Johnson announced drastic restrictions on public life just 18 days later, locking one up.

At first it gave me a lot of perspective, Knight recalled.

It made me forget that exit in the semi-final very quickly. Obviously when you realize what important things are happening in the world are much more important things [than] that were going on.

It took only two weeks of relaxation and reflection before Knight itched to get back on the field with her teammates, but restrictions didn’t allow. It was torture.

She recalled: I think I just didn’t know what was going on next time we can play cricket, and I think that motivation to train when you don’t know what’s to come can be really hard to control sometimes .

I felt absolutely disconnected from the team, and the reason you play and train is to have those connections with people around you.

And during that time too, I was leading the discussions about pay cuts that we might be going to take, and we took that was something I never thought I should do as a captain.

In the summer, the ECB moved the Knights squad into a bubble in Derby ahead of five T20 games against the West Indies. The Plymouth resident was soon grappling with a very recognizable pandemic: working from home.

The home for the elite athlete was, of course, a hotel room attached to the Incora County Ground. Six months earlier, Knight didn’t know when the barn would revert to cricket; now she could no longer escape it.

She said, I’m someone who likes to get out and about on a tour and do things a little bit differently to try and take my mind off cricket.

But at Derby you would wake up in your Travelodge room, open the curtains and all you could see was the floor. If you want to take a walk, all you can do is literally walk in circles around the cricket field where you will play later in the evening.

In the end, another feeling surpassed indolence: gratitude.

Knight explained: Probably a positive from that period for me was the realization, more so, how vulnerable it is to be a professional athlete and how it can be taken away from you quite easily.

That was a common trend with the other girls on the team as well, they seemed a bit outside of cricket because you realize how quickly it can be taken away, and that’s the whimsical world of professional sports we’re signing up to.

Even when she was back in a hotel room, Knight was keenly aware that so many women would still love to be in her shoes.

Showing a flair for flares through the ages | Men’s fashion