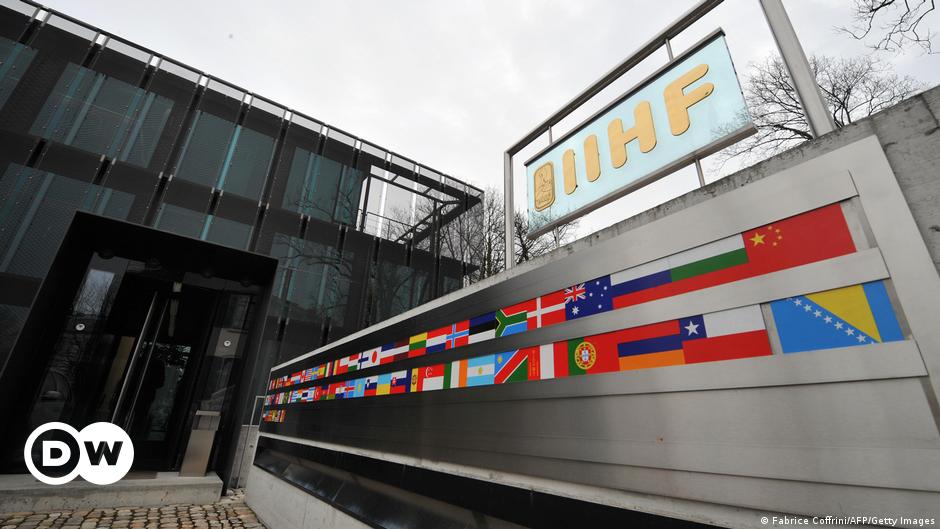 Baskov is accused of having been personally involved in the death of Raman Bandarenka, an opposition activist who died of brain damage in November last year after being attacked by a masked gang that opposition groups say was a member of Belarusian security forces.

Authorities in Belarus say Bandarenka was drunk when he got into an argument with a group of civilians. Last Thursday, the public prosecutor’s office announced that it had opened a criminal case following the death of the activist. Baskov has declined to comment on the matter.

Although the IIHF began its own investigation into Baskov’s alleged role in the attack in December, it was criticized by the athlete-led Belarusian Sport Solidarity Foundation (BSSF) for not making enough progress on the investigation, as it would can be released. whole.

Belarus ‘agrees to cooperate’ with IIHF

In response to a question from DW, the IIHF said it could not set a timetable for when the investigation would be completed. However, it said it expected to receive evidence from the Belarusian Attorney General, “to assist in this investigation.”

Belarus has agreed to cooperate with the IIHF and provide all relevant witness statements, videos and other evidence in support of the [IIHF’s own] investigation, “the governing body said.” They have recognized the seriousness of these allegations and have pledged to collect all possible facts. “

When asked why Baskov had not been suspended pending the outcome of the investigation, the IIHF said its code of conduct only requires a temporary suspension in cases of alleged match-fixing.

This contrasts with the approach taken by the International Olympic Committee, which temporarily removed Baskov from his position in the Belarusian Olympic Committee “in view of the specific charges against him”. 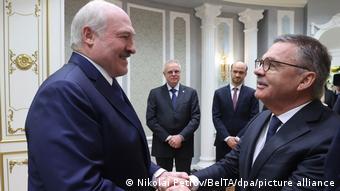 The IIHF has already had to contend with the country being deprived of its hosting duties for this year’s Ice Hockey World Cup. Major sponsors, European politicians and opposition groups, including the BSSF, have come under increasing pressure to do so over the violent crackdown on protests against Belarusian President Alexander Lukashenko.

The BSSF has succeeded in that campaign and now wants Baskov to be banned from ice hockey for life. In addition to his alleged role in Bandarenka’s death, Baskov, an ally of Lukashenko, is also accused of using his position in the sport for political means, such as rejecting critics and opponents of hockey clubs.

Further criticism has come down the path of the IIHF after Baskov was photographed with its president, René Fasel, during his controversial visit to Minsk last month, which preceded the decision to remove the World Cup from Belarus. The IIHF defended the picture, telling DW it was “not uncommon” for Baskov to receive Fasel, as he remains head of the federation.

While questioning whether the IIHF was “properly investigating the matter,” the group wrote, “The BSSF believes the IIHF will not undermine its authority as an ice hockey governing body and will conduct the investigation properly. Baskov’s case. could cause a new wave of outrage and resentment against the performance of the IIHF. “