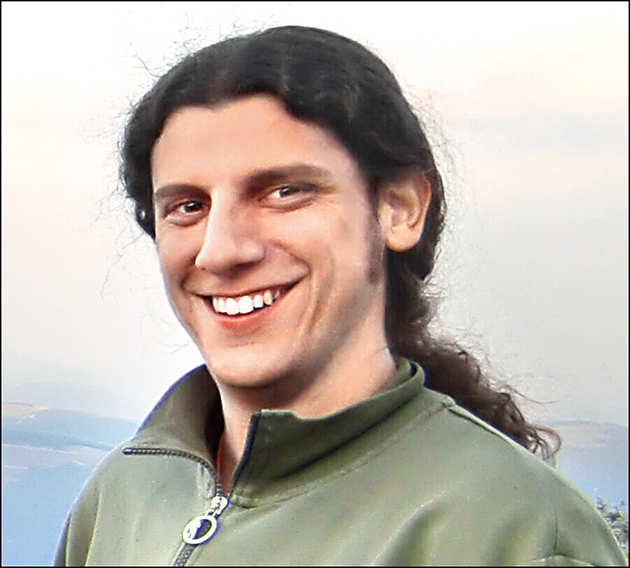 Quantification is taking over the sports world. Ruben Saavedra, a Catalan neuroscientist who runs Metrica Sports, is part of the data revolution in football. He explains why and how data is important in football Pinaki Chakraborty

Can data help you measure a player’s brilliance?

No. I always make the comparison with chess. Football is in many ways like chess. If you move a piece, it will affect other pieces. You can analyze all of that. Not everything can be done with data, when they scout, they also scout their personal lives. Not everything is measurable. The more information you have, the better you can make a decision.

How has the game evolved with data science?

We saw what the media was doing with heat maps while watching games and we thought it was very basic. A player ran 5.2 km, but when did he run, at what speed, with the ball, without the ball? I’m talking about 2012-13, there weren’t any clubs in the world with good data science departments, none. Some started in England, especially Liverpool, and in the US because there is a culture in the sport of data analytics. It comes from baseball, basketball, etc.

Didn’t the big clubs have data analysis teams back then?

Barcelona started, they only had one person. All top clubs now have a data sciences department. But if you go below that, they don’t have it yet. Clubs like Athletic Bilbao and Real Sociedad are now building data science teams. We think we are in the middle of a revolution.

How is the data used at different levels?

Top clubs have a data science department and they use the data for everything they want besides football. The data can be used for scouting. You can extract data from any video. When they upload a video from Brazil, they can see his (players) workload, physical speed and high intensity running. They also use the data for opposition analysis: where they move the ball, the transitions.

That is pattern recognition.

Yes, but it is also for analyzing your own game. Clubs have their own philosophy and they have their own way of moving through the game and they take the time to analyze the game. These are very fine details, in some situations the players should not be further away than 5 meters. In the lower leagues you don’t have data scientists, it’s all based on videos. Now these clubs can add data to their video analysis.

Data can be used to see if the philosophy is actually taking place. Clubs, said to be Barcelona and Ajax, have a fixed philosophy. They can build algorithms to detect those very specific movements: if we lose the ball here, we press for three seconds and step back, a particular player will immediately go to a position. The data will immediately tell you when this happens and when it doesn’t. You can specify positioning algorithms. There is a set of patterns for right backs and wingers. This allows them to compare a player who plays u-17, u-19 and u-21 to those on the main team. In the past they did it by looking at players, now they do it with data and scouts.

Can all clubs afford this?

This is by no means a cheap department. It also needs a culture change. That is why the top clubs are leading the revolution. We believe that in a few years every professional club will be making decisions based on data. When we started, the data trackers were bought by broadcasters, and in some clubs and leagues, broadcasters tried to sell this data. Now it is the clubs that buy the data directly.

How do they use the data for scouting?

Twenty years ago all teams had a crew. They had 20-50 people traveling around the world to watch games. They sent a report and if the player was interesting, they sent another analyst. Now data is used to support the decision. A club once told me they were scouting a player in Brazil and all the videos they had was that he was super fast. Until we got the data. It was fast compared to the Brazilian average, was low compared to our average. Now it has come much further. Data can tell you if the player fits in your team. So you buy a defensive midfielder and look at the data and see how many tackles he makes, how many recoveries and where he sprints. Then you put that data in your model and take out your defensive midfielder and put it in. The more information you have, the better you can make a decision.

Tell me what is your company doing?

We provide video and data analysis to football clubs. We offer it at all levels. The idea is to provide video and data analysis to football coaches, players, analysts, fans at all levels. We have an AI-based tracking technology. We can follow any football video, be it training, from broadcast, from a handheld camera, whatever. The data that is generated is the difference. We provide clubs such as PSG and other clubs with very advanced data, event data, ie all ball events such as passes, shots, tackles, all events during a match.

Is it because the so-called underprivileged clubs cannot afford expensive software like yours?
This is by no means a cheap department. It’s not just the people, but the data is very expensive. It also needs a culture change and as with any innovation, there are early movers. These early movers are the ones who have enough money to waste or give. That is why the top clubs are leading the revolution. It is a matter of time that the low clubs in Spain, England and Germany, the Netherlands now have the budgets to have such a department. When we started, the data trackers were bought by broadcasters, and in some clubs and leagues, broadcasters will try to sell this data.

You talked about democratizing football. What is the Tesla model you are following?
What I meant was that Tesla launched a very expensive product in the beginning, which only a few privileged customers could afford and thus financed some of the lower versions of the product. This is our model. When we founded the company in 2014, we only had the elite plan. We only worked with big clubs like the Reals, the Valencias, the Spanish national soccer team and covered the MLS, the American soccer league. That was our company then. We now wanted to democratize access to these kinds of solutions for everyone.

The above opinions are of the author.