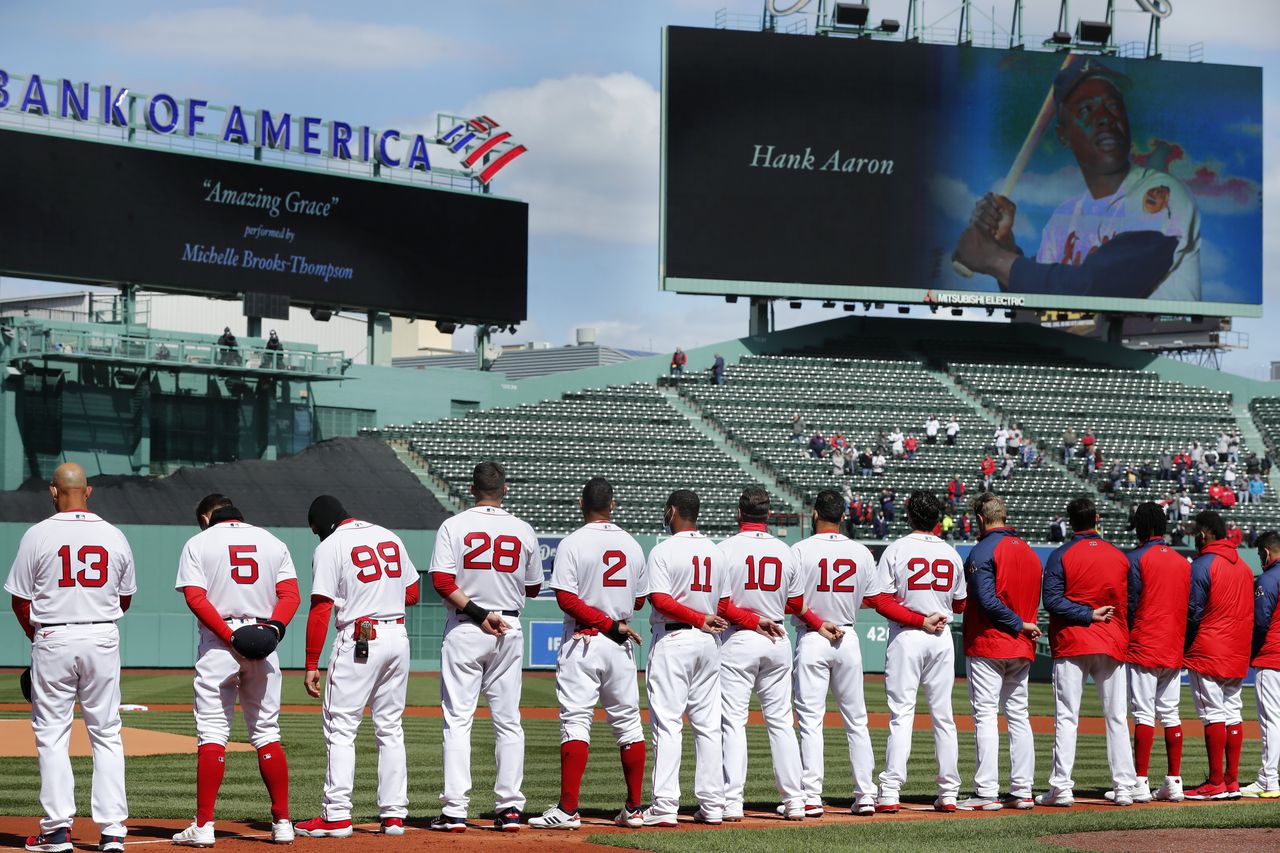 BOSTON – Just after Fenway Park opened its gates to fans for the first time since the 2019 season, Mike Noonan walked into Opening Day for the 53rd time.

After a year with 37,731 empty seats at every Red Sox match at Fenway in 2020, 4,452 were occupied Friday. Noonan and three lifelong buddies filled four.

The opening day has always been special for Noonan, who is semi-retired at the age of 68 after working at the Northampton Courthouse and before that in the Daily Hampshire Gazette. He’s been with every Red Sox opener since 1968.

But the 2021 edition had extra significance because he couldn’t go last year. The Red Sox played their entire 2020 season without fans due to the pandemic. So Noonan watched last year’s opener, which only took place in July, from his living room in Northampton.

It was just a baseball game. Thousands of people died, he said. I didn’t feel sorry for myself, I felt sorry for the world.

But this year, Noonan, who is fully vaccinated, was willing to overpay for tickets if he had to. After missing out on last year’s opener and 561 days away from Fenway, whatever StubHub or Ace Tickets asked for probably wouldn’t have been prohibitively expensive. But his status as a long-term subscription holder gave him priority access.

A lifelong resident of Northampton, Noonan now spends his winters in South Carolina. If the Red Sox had reopened this season with an empty Fenway Park, he would have stayed there for a few more weeks. But when the state of Massachusetts announced that sporting events could accommodate 12 percent spectators, Noonan, Pat Goggins, Denny Nolan and Ken OBrien were ready to resume their decades-old tradition that began when they were together in homeroom at Hamp High. All four have been to the most opening days since 1968. Only Noonan has never missed.

Thursday rain shower did not stop them. They were already in the park in 2003 when Opening Day rained out that year, originally postponed one day. But continued rain the next day meant it would be moved to August. Noonan bought a ticket to Game 2 to make sure he was at the first home game.

They returned Thursday to a Fenway Park similar to the one they last saw on September 29, 2019. But like everything else, the pandemic forced changes to the 109-year-old park.

Inside there are signs everywhere reminding people to wear masks, to distance themselves and to wash their hands. Many of the concession stands and souvenir counters do not open until capacity increases.

For logical and obvious reasons, many of the usual bells and whistles were also missing on the opening day. The smell of crackling sausages from just outside the park returned to Jersey Street, but the usual gameday street market was absent. No food carts, face paint or balloon animals, or hope to see Luis Tiant outside of El Tiants’ Cuban Sandwich kiosk.

A 12 percent audience will never feel like it does when a sold-out crowd faces a big two-out moment late in the games. But even the reduced total showed some potential to bring real atmosphere to Friday. Most of the game was cold and the Red Sox had no baserunners. That would have caused a dead crowd under any circumstances.

But there were times when it was possible to get a sense of what it would be like on a good day. The best were:

After the teams were introduced, Springfields Michelle Brooks-Thompson, who has become Boston Sports’ favorite anthem voice, sang an exciting rendition of Amazing Grace. Behind her, in midfield, a video played honoring the baseball legends who died in the past year, as well as icons of the Boston sport (Dick Hoyt, Joe Mooney) who also died. The total number of COVID deaths, local, national and international

Amazing Grace flowed smoothly into the Star-Spangled Banner when the huge flag fell over the Green Monster. A tribute to healthcare heroes followed while Bridge Over Troubled Waters played in the background.

During the match, the public tried in vain to stimulate the home team. Their Lets Go Red Sox chants were no match for Orioles-pitcher John Mean’s confusing change. In the bottom of the seventh, they even tried a wave that clumsily rolled through a stadium at low tide.

In a normal season, very little about this game would have been worth getting excited about, but in 2021 just watching baseball, even bad baseball, was worth celebrating on opening day. Nobody appreciated that more than Noonan.

I’ve been to 53 opening days. Many of them have forgotten who they played or whatever. This one will stand out, Noonan said. The game was awful. But it was still a good time. It was baseball. It was fun.