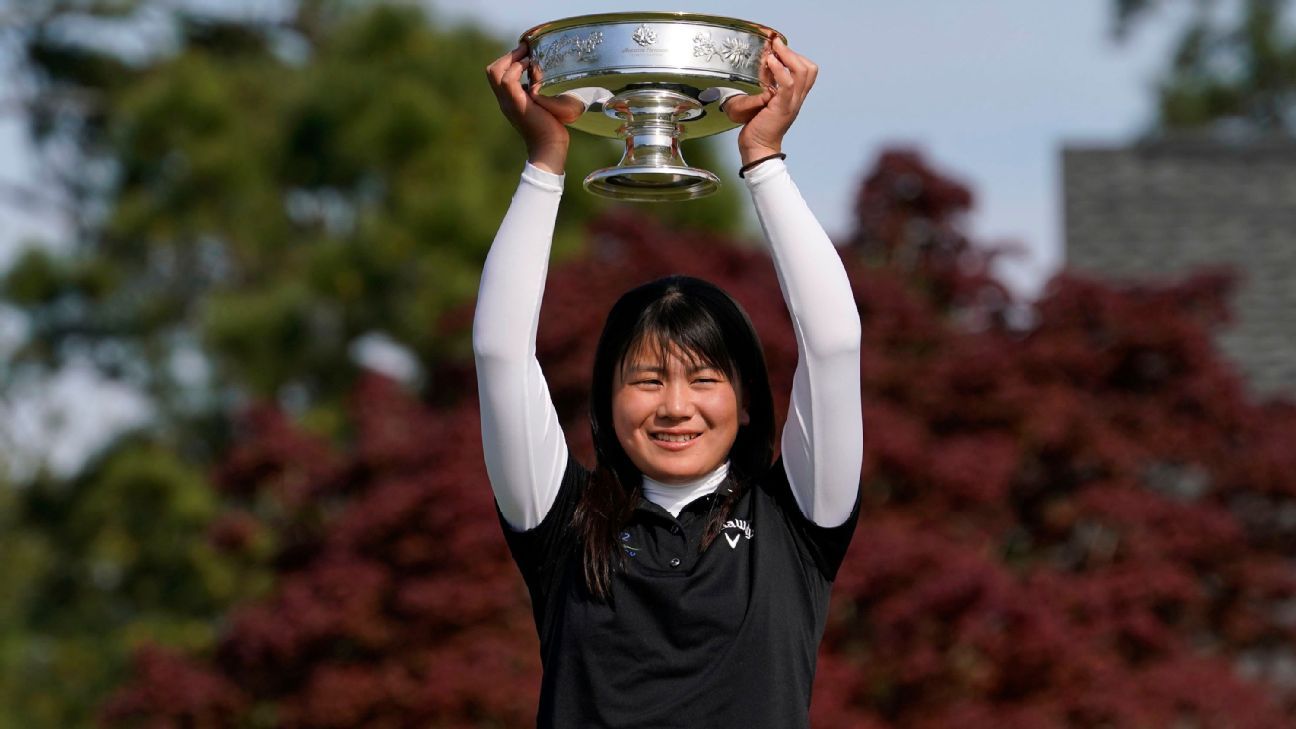 AUGUSTA, GA. Japanese teen Tsubasa Kajitani overcame a double bogey on the 17th hole by finishing with an excellent par-save, ending up in a playoff that she won on Saturday’s first extra hole to catch the Augusta National Women’s Amateur .

In a fitting close to a final round filled with more blunders than birdies, she won with a par when Emilia Migliaccio’s delicate chip on the 18th hole in the playoff failed to clear the sand.

Kajitani thought she had lost the tournament, like so many other players in a chaotic behind nine, when she took four shots from the front of the 17th green for a double bogey.

She wasn’t alone in her mistakes, however, and when she used the slope perfectly on the 18th hole for a pitch that grazed the edge of the cup, she had an even par 72. Migliaccio finished with a 70 and already was. at 1-over 217, with no idea she’d have more holes to play at the home of the Masters.

In the playoff on the 18th, Migliaccio sat to the right of the bunker near the green, leaving a delicate shot over sand on a fast green. She left it in the bunker and Kajitani won at a beautifully estimated pace from the back of the green that left her 1.2 meters ahead for the winning par.

The 17-year-old was in tears when it was over, saying only to an interpreter, “I can’t describe it.”

This was nothing like the first edition of a tournament that was already elite in stature because of where it is played. Two years ago, Jennifer Kupcho and Maria Fassi staged a dynamic duel along the back nine, and Kupcho delivered an attack so familiar to Augusta National with an eagle and three birdies over the last six holes.

The last hour of the second edition featured a triple bogey that cost American amateur champion Rose Zhang, a double bogey for Northern Ireland’s Olivia Mehaffey at number 12, consecutive three putts that brought Ingrid Lindblad to a stop, and bogeys on the final hole that stayed the playoff of even busier.

It was still compelling because it is Augusta National, riddled with more than eight decades of allegations and collapses, mostly without any warning.

Zhang suffered just as much as anyone. The 17-year-old Californian, the number 1 player in the world ranking for ladies among amateurs, was leading 1 under when she got her tee shot on the par-5 13th. She found golf balls in Rae’s Creek, just none of her, so it was back to the tee to hit her third shot.

Zhang went for the green on her fourth shot, came short and in the water and made a triple bogey. She bounced back with a birdie on the 14th to regain some of the lead, only to three-putt from the back of the 17th green.

Zhang had a 10 foot birdie putt on the last hole to compete in the playoffs. She missed and finished with a 75.

Lindblad, who was level with Zhang on 1 bottom to start the final round, didn’t birdie until the 13th hole. The Swede followed with a bad chip on the 14th that led to bogey, a three-putt on the 15th for par and a three-putt for bogey on the 16th hole. Another birdie on the 17th left her a shot from the playoff, but she missed the green on the last hole. She also finished with a 75.

They came in third along with Rachel Heck (72), Emma Spitz (71) and Karen Fredgaard (73), who all bogeyed on the 18th hole that ended up costing them a chance in the playoffs.

France’s Pauline Roussin-Bouchard also ended up trailing after a wild round of seven birdies and five bogeys.

Fredgaard, one of nine players to have at least part of the lead, reached 2 under with a birdie on the 13th. But she came way behind on the 14th of the fairway and bogeyed, went for the green on the par-5 15th and came short and in the water and then three-putted for a double bogey.

Only five players broke par in the final round at Augusta National, with Maja Stark scoring the lowest score of 69. She faced her own playoff at Champions Retreat on Thursday to take the players’ 30th and final spot. Stark finished in a tie for 10th place.