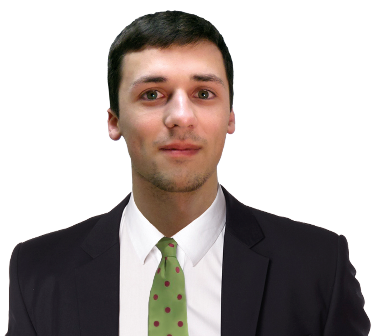 A series of test events will take place in Tokyo 2020 and Beijing 2022 in April, along with a host of Olympic qualifiers and a UK-based pilot rollout aimed at bringing sporting events back to normal. So no pressure.

For the reasons mentioned above, this month feels particularly important for both the short and long term.

The run-up to Tokyo 2020 continues to drag on a day that offers several reasons to be optimistic that the Games could take place, followed only by a day when part of the Torch Relay is canceled and the fate of an International Swimming Federation test event becomes unclear.

On the optimistic side, a two-day wheelchair rugby test event in Tokyo concluded today, with 100 people reportedly taking part in a series of COVID-19 countermeasures.

The event was the first official test held by Tokyo 2020 since the Olympic and Paralympic Games were postponed last year due to the coronavirus pandemic. The sport climbing test event at Aomi Urban Sports Park was the last to take place in March 2020.

Qualifying tournaments have taken place in archery, football, handball, table tennis and wrestling in recent weeks, while several other sports have relaunched their qualifying series or confirmed dates for qualifying matches.

COVID-19 continues to dominate the events as, despite more quota places being confirmed for the Games, there are issues with fairness.

For example, a football qualifier of the Confederation of North, Central America and the Caribbean last month had a farcical situation involving Haiti. The Haitian team had to start the game with just 10 players and a field player in the goal against Mexico.

The chaos was caused by the team arriving late in Mexico, with the team then having to wait for the corona virus test results. The Haitians were only able to bring in a full-time goalkeeper halfway through the game, after his coronavirus test came negative.

Brazilian, French and German judokas were among those who became entangled in COVID-19 cases during recent events in Tbilisi and Antalya. With International Judo Federation events providing qualifying points for the Games, any missed opportunity will be a blow to athletes.

The topic was highlighted in an interesting position paper published by Athleten Deutschland, the independent athlete group from Germany.

Athletes who choose not to participate due to reasonable safety concerns or who cannot participate due to quarantine measures or a positive test must be given an alternative opportunity by their National Olympic Committee or International Federation to qualify by providing the necessary proof of performance. , ‘Said Athleten Deutschland.

“If qualifying events are to be canceled altogether because of the pandemic, fair and understandable criteria for nomination must be developed with the athletes or their representatives.”

As previously written, it has been claimed that there are a number of contingency plans in case qualifying events are canceled. No doubt there will be a debate as to whether the trial is fair should it take place.

The Athleten Deutschland position paper looked ahead to the potential issues that could be experienced during the Games, with the group submitting requests for eligibility for the second draft of the Tokyo 2020 playbook, due to be released this month.

This included the suggestion that competitions could potentially be postponed at short notice during the Olympic and Paralympic Games, in the event that close contact forces several athletes in a competition to be quarantined. The group said detailed scenarios should be worked out in advance.

It will be fascinating to see if such an idea becomes a reality, given the problems it would raise. For example, how many athletes should be influenced to postpone an event. Would the rankings / status of athletes have any influence, for example that one or two of the favorites for the 100m title have been affected?

Postponement of team sports can ultimately destroy the competition. Still, walkovers or withdrawals, similar to those experienced at the handball qualifiers, would make many question the integrity of the events.

You have to wonder if the broadcasters would agree to more flexibility.

Athleten Deutschland also raised the important question about the possible penalties for athletes who violate the playbook’s code of conduct, including the possibility of exclusion from the Games. The group suggests that the next version should include rules of procedure and a detailed list of sanctions.

The next update of the IOC and Tokyo 2020 is scheduled for the end of the month, with organizers pledging that there will be more sport-specific protocols.

Another interesting point raised in the Athleten Deutschland newspaper this week was the organization’s suggestion that “a general discussion is now needed as to whether athletes representing Germany internationally should be vaccinated as soon as the groups currently have priority, have received doses. “

The group suggested that a strategy should already be in place and carefully prepared should it be approved.

I wonder if Richard Pound might have grown a smile had he seen the suggestion, after the Canadian International Olympic Committee (IOC) member was criticized in January for essentially the same comment.

While the Tokyo 2020 and Beijing 2022 vaccination process is likely to help, IOC President Thomas Bach was right when he said it wouldn’t be a panacea for the Games to continue.

We may get an early glimpse of the vaccine’s potential impact on sports this month. The UK plans to roll out a series of pilot events as part of a research project, following a better-than-expected vaccination program.

The Events Research Program pilots take place in April and May, with a limited number of spectators at three football events, a comedy club, an open-air cinema and a nightclub. These events are expected to provide data that will enable the government to outline how to safely lift restrictions, with a vaccine passport as one of the ideas expressed.

“The Government Events Research Program is a very important step towards the safe return of events and London Marathon Events, together with our co-organizers of mass participation events, are committed to assisting the government in this project”, said Hugh Brasher, event director of London Marathon Events.

“We would like to thank everyone involved for their support in setting up the Reunion 10K at Hatfield Park.”

The event will see approximately 3,000 participants and a maximum of 3,000 spectators in each of the three races. Each race is configured slightly differently to capture most of the data.

Participants, spectators and staff must take a COVID-19 test before and after the event. Everyone will be asked if they have been vaccinated, although vaccination is not a requirement.

The involvement of London Marathon Events is understandable, as the organization was forced to cancel its massive participation in the London Marathon last year. Successful testing events would certainly give them hope that this year’s planned October event can take place in some configuration.

The success of test events this month, coupled with vaccination efforts, could provide encouragement in the UK and beyond that sporting events may not have to run the gauntlet Tokyo 2020 and Beijing 2022 are currently in the future.

Cowboys rally for victory in final round in Augusta