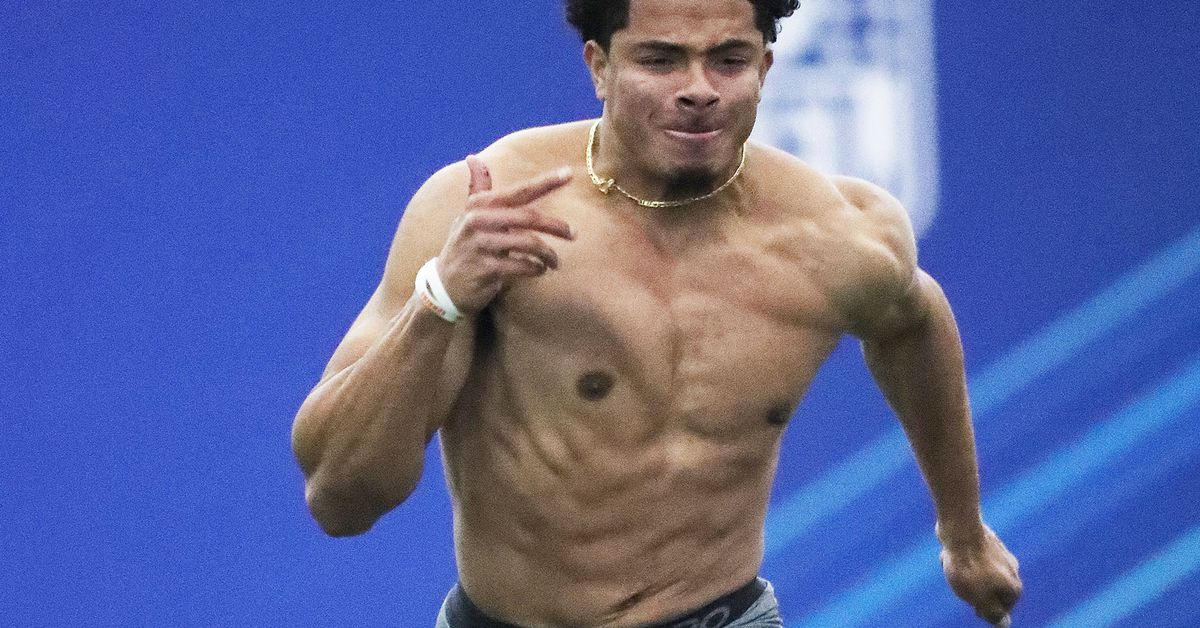 Call it the Ed Lamb strategy.

At Southern Utah University and now at BYU, assistant head coach Lamb believes in acquiring potential clients who may be overlooked but have the measurable values.

Measures mean size, speed and potential. Taking those ingredients and developing them could get you a star.

BYU coaches have to recruit a little differently, as they don’t go after hundreds of players to reach their 18 to 25 a year. They must be selective and prospects must be versatile.

We have to chase recruits, especially in the corner and safety, which might be a bit under the radar, Lamb said.

This is exactly the case with BYU’s best cover corner in 2020, Chris Wilcox, who turned heads in Provo two weeks ago on his pro day. There, at 6 feet-2, with the height of NFL scouts like in turns, he tied the best 40 time ever recorded for a BYU athlete with a blistering time of 4.31 (unofficial). Wilcox was a two star hidden gem from Corona, California’s Roosevelt High.

Lamb did the same when he found 2015 SUU NFL conscripts Miles Killebrew (strong security) and LeShaun Sims in the corner. His quarterback, Brad Sorensen, who has set all kinds of SUU records, was drafted by the San Diego Chargers.

Now Lamb is on the hunt again.

But recruiters can only do so much during the COVID-19 restrictions, and Zoom call interviews is one of them.

The day BYU spring football ended, Lamb said, was the time for BYU staff to investigate and contact recruits. You can only do so much on Zoom, he admitted.

The NCAA has extended a rule that it has no face-to-face contact with recruits until May 31. But juniors and their families can be called or texted from now until then.

We have a lot of front seven guys, offensive linemen, fullbacks and tight ends, growing up BYU fans. We don’t have many angles that BYU fans grow up, Lamb said.

We have a lot of front seven guys, offensive linemen, fullbacks and tight ends, growing up BYU fans. We don’t have many angles that BYU fans grow up, Lamb said.

So we have to go out and find some guys who are a bit under the radar and have the required speed to provide cover in Division I, and we like that they are tall here too. We like guys who are a little bit taller.

Wilcox is the first to graduate from BYU since Lamb arrived after his stint as head coach at SUU. Lamb loved the show that put Wilcox on pro day for scouts. It had a lot of impact.

I think it’s an inspiration to that class behind him. You know, Keenan Ellis and DAngelo Mandell, Isaiah Herron and Malik Moore, those guys are there, Lamb went on. And I think it inspires all of them to see what Chris did on pro day. They all entered together. They’ve all trained together, and for them to see Chris do that and all the excitement around what’s in store for him, I think it will pay off for use in the program as well.

BYU has four commits for the class of 2022 that have been published or announced on Twitter. They include linebacker / tight ending Noah Moeaki (American Fork); Cannon DeVries, an athlete from Weber High in Ogden; Jarinn Kalama, another athlete from Wasatch High in Heber City; and Maika Kaufusi, a security at Alta High in Sandy.

The Lamb strategy has shown great success since arriving in Provo.

If you follow the star rankings, BYU’s recruiting classes don’t impress, averaging somewhere in the 70s or 80s. But that’s why Lamb believes in his strategy and that’s why he got Wilcox.

In 2018, the Cougars signed Zach Wilson, who had committed to Boise State and was about No. 50 – something in that class of QBs with Trevor Lawrence (Clemson) No. 1. He could now become the No. 2 player to become taken. in the 2020 design.

While highly recruited receiver Gunner Romney and tight Dallin Holker were signed, some under-the-radar prospects in that same class were receiver and former walk-on Dax Milne and running Tyler Allgeier.

We were really looking for the under-the-radar kids. It’s hard to do that alone with internet recruiting, Lamb said.

It’s easy to find players all over the country, but you know, we generally find guys who don’t have many other options. And Chris was one of those guys. He had one offer and that was BYU, and several of those other guys I mentioned were in the same situation. I think they will be in a similar situation next year when they go to NFL camps and on draft boards. We have to find that next crop.