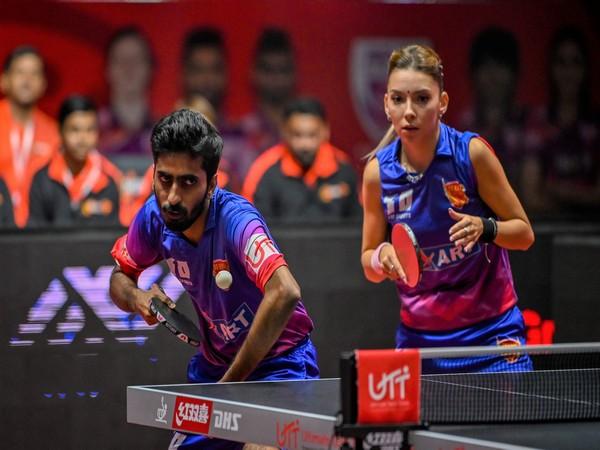 About two weeks ago, four Indian paddlers booked their tickets for the upcoming 2020 Tokyo Olympics. The achievement, while enormous, came as no surprise and is reflected in the growing culture of table tennis in India over the years.

About two weeks ago, four Indian paddlers booked their tickets for the upcoming 2020 Tokyo Olympics. The achievement, while enormous, came as no surprise and is reflected in the growing culture of table tennis in India over the years.

On the occasion of World Table Tennis Day, a look at the top 5 milestone moments of Indian table tennis that have helped revive the sport in the country.

At the upcoming Tokyo Olympics, four Indian paddlers – Achanta Sharath Kamal, Sathiyan Gnanasekaran, Mka Batra and Sutirtha Mukherjee – will face a strong challenge. While the quartet will play in the respective singles categories, the pair Sharath and Mka will also represent the country in mixed doubles, which will be played at the Olympics for the first time, with the goal of waiting the country for an elusive medal in end the sport. in the Olympic games. The journey began for the first time ever at the 1988 Olympics in Seoul, where the trio of Kamlesh Mehta, Sujay Ghorpade and Niyati Roy-Shah took part and recorded India’s first appearance in the TT at the prestigious event.

A 6-foot 2-inch lanky paddler from Tamil Nadu announced his arrival on the international circuit in the early 2000s and soon the world was glimpsed into the skills the then ‘legend in the making’ of India had acquired. Achanta Sharath Kamal took gold at the 2004 Commonwealth TT Championship and also made his first Olympic appearance that same year. Two years later, Sharath etched his name in history books and wrote a new chapter in the Indian TT when he outclassed local Melbourne favorite William Henzell and became the first Indian paddler to win a gold medal at the Commonwealth Games. India’s current top-ranked paddler Sharath, who has a record nine national titles to his name, has eagerly prepared to produce a memorable show at his fourth Olympics at the Tokyo Games.

The strong domestic initiatives of the Table Tennis Federation of India (TTFI) were further boosted when Vita D and Niraj Bajaj founded Ultimate Table Tennis (UTT) in 2017. UTT ushered in a new era for sports and strengthened the ecosystem with a well-connected soil. up approach that connects the grassroots with the existing TTFI initiatives, while simultaneously introducing a world-class annual competition tournament. UTT has also provided a much-needed global platform where Indian players gain maximum international exposure, putting their shoulders under the best in the world. The first edition of the competition saw current Indian stars Mka Batra and Gnanasekaran Sathiyan announce their arrival on the big stage with breathtaking performances, while the next two seasons also witnessed the rise of young and emerging players such as Sutirtha Mukherjee, Manav Thakkar and Archana Kamath. .

The 2018 Commonwealth Games was the most successful edition in the history of the Indian TT as the contingent finished its campaign at No. 1 with three gold, two silver and three bronze medals. The main highlight of the team, however, was the emergence of star paddler Mka Batra who produced a magical show on the Gold Coast.

Fresh off the exploits at Gold Coast CWG, a few months later Indian TT saw another brilliant chapter added to the 2018 Asian Games in Jakarta, Indonesia. This time, a team made up of Achanta Sharath Kamal, G Sathiyan and Anthony Amalraj gave the country its first-ever TT medal at the second-largest sporting event in the world after the Olympics. Although the Indian team lost to South Korea with three men in the semi-finals, they won a bronze medal. Sharath later teamed up with Mka Batra when the duo added another bronze to the country’s medal tier with a mixed doubles semifinal.

(With input from ANI)

Disclaimer: This post was automatically published from an agency feed without any text modifications and has not been reviewed by an editor