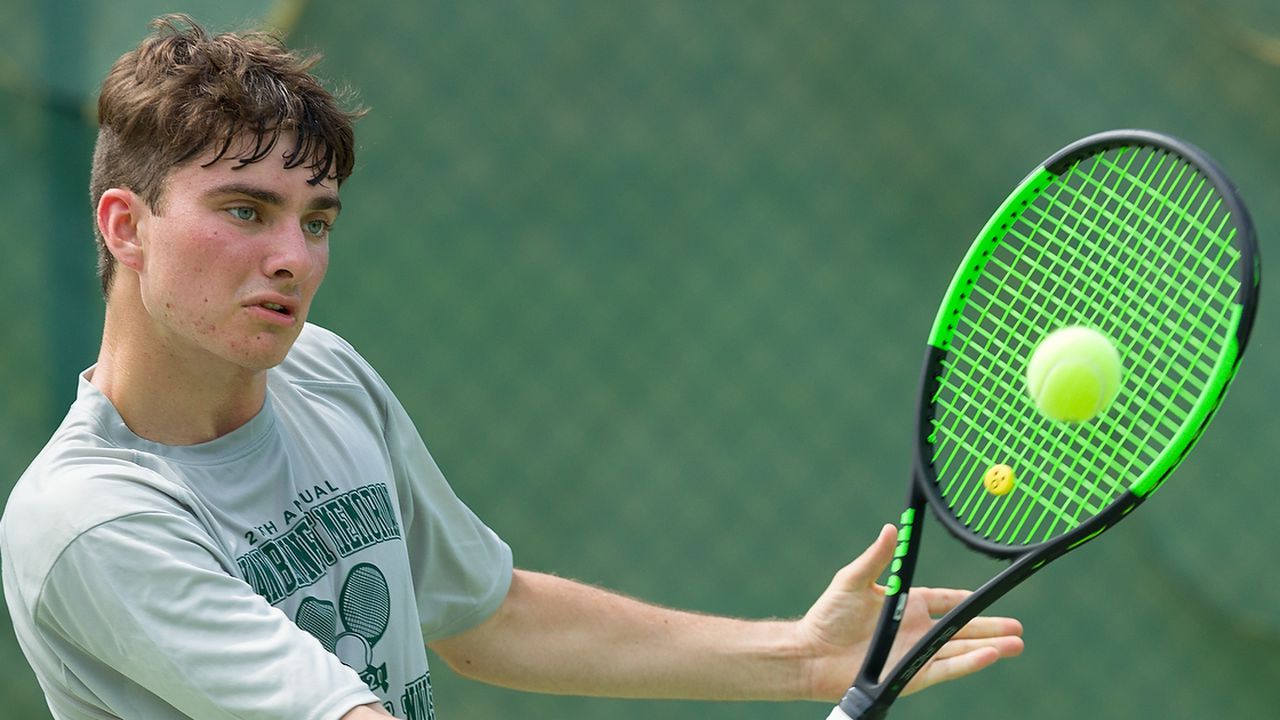 When the semifinals of the NJSIAA boys’ tennis singles tournament kick off on Wednesday afternoon at Mercer County Park in West Windsor, they will feature the top four and a matchup between two private programs who know each other well.

That sets up a game for Walentowicz against Newark Academys second-seeded Nicholas Kotzen, who was a 6-0, 6-2 winner over Millburn’s Matias Feoli, who was seeded in the 9-16 group, 6-0, 6-2.

All matches on Wednesday start at 2 p.m.

Newark Academy and Delbarton were ranked #1 and #2 in the most recent NJ.com Top 20, released May 28, just before the start of the NJSIAA Tournament of Champions. Newark Academy has completed Delbartons’ team season each of its last three competitive seasons, in the T of C in 2018 and 2019 and in the non-public finals this spring, with only one non-public draw this year.

That gives Delbarton some extra motivation in a tournament that gives players a chance at championships after the team season.

I think it was definitely tough, Delbarton assistant coach Patrick Savidge said of the Green Waves team’s season ending just short of the T of C. Newark (Academy) has an incredible team so it was really challenging to play against them in the group championships for us so this was a nice revival to see both guys make it to the semi-finals in the individual tournament. It’s something our team can hang their hats on and be proud of, even though we may not have gone that far as a team, now we have two guys in the semi-finals.

Walentowicz, who said he has met Kotzen in junior tournaments, met Sam Goidel all three times Newark Academy and Delbarton met during the team portion of the season. Goidel, placed in the second four, fell to fourth-seeded Eric Li of Montgomerys in Tuesday’s quarters, 6-2, 6-2.

We definitely have a very deep roster, said Walentowicz. I’m really proud of how hard we’ve worked this season. This was our goal, and we achieved it, so we want to keep digging.

Li will face Zheng in the other semifinal. Neither player participated when Montgomery and Newark Academy played on May 1. Li is undefeated this season and Zheng’s only loss was to Kotzen, who he also defeated two other times during the team season.

In the doubles, one half of the draw remained intact in terms of placement and the other half, which had already been eliminated, was further eliminated.

In the upset half, Chatham’s unseeded duo Ryan Sordillo and Oscar Jaroker won again, beating Tenaflys Luke Han and Andrew Kim, seeded in the second four, 6-4, 6-4, in a quarterfinal on Tuesday. The Chatham pair will face East Brunswicks Dhaivik Chenemilla and Nathan Bernadskii, placed in the 9-13 group, after Chenemilla and Bernadskii defeated Hillsboroughs Rithvik Akella and Sid Bharani-Dharan, placed in the second four, 6-0, 6-3.

Both the Chatham and East Brunswick pairs busted out a top four in the round of 16 on Sunday, with Sordillo and Jaroker upsetting second-seeded Eric Jones and Seth Abrams of Chatham, and Chenemilla and Bernadskii third-seeded Sam Walsh and Will Robinson of Delbarton.

The top half of the draw played by the seeds, with Newark Academys top-seeded Andrew Kotzen and Ethan Polen and Pingrys fourth-seeded Ryan Burns and Miles Kelly each beating opponents placed in the second four. Kotzens and Polen’s win was over Summits Edward Wang and Hugh Outwater, 6-3, 6-3, and Burns and Kellys was over Cherry Hill Easts Nathan Belitsky and Ben Xi, 7-6(4), 6-4.

Kotzen, then teamed with Andrew Zabelo, defeated Burns and Kelly 6-2, 6-3 in the NJSIAA Non-Public Finals last week, while East Brunswick and Chatham did not meet during the team season.

The semi-final winners will return to Mercer County Park on Thursday for the final at 2 p.m.

Two more arrests after Scottsdale riots in May 2020