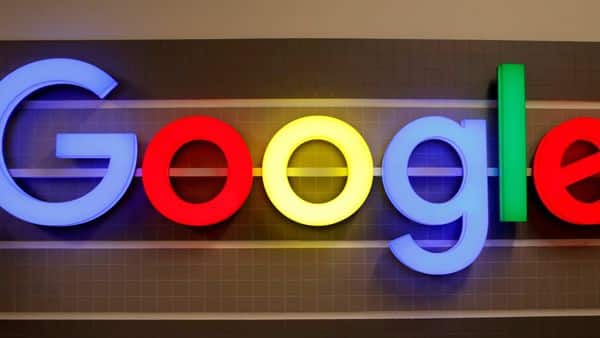 Google has asked the remaining identified app developers to prove that they are in compliance with applicable local laws and regulations. If this fails, those apps will also be removed.

“Providing a safe and secure experience across Google’s products is our number one priority. Google’s Global Product Policy is designed and implemented with this goal in mind to increase user safety. We are constantly working to improve our practices for this, “Google said in a blog post. This was posted by Suzanne Frey, Vice President of Products for Android Security and Privacy.

Google did not disclose the name of the removed app.

“We have identified hundreds of personal loan apps in India based on flags submitted by users and government agencies. Apps found to violate user safety policies were immediately removed from the store and remained. We contacted the developers of the identified apps in India to show that they are in compliance with applicable local laws and regulations. “

Apps that do not do so will be removed without notice. In addition, Google will continue to support law enforcement agencies in investigating this issue.

The Reserve Bank of India (RBI) announced on Wednesday the formation of a working group that proposes regulatory measures to promote the orderly growth of digital lending amid an increase in harassment cases related to online lending.

He also noted that the recent surge and popularity of online lending platforms / mobile lending apps raises certain serious concerns that have widespread impact on the system. Last month, the RBI warned the public not to prey on the rise of unauthorized digital lending platforms and mobile apps.

In a blog post, Google states that all Play Store developers agree to the terms of the Google Play Developer Delivery Agreement. This agreement requires your app to comply with applicable rules and laws, including generally accepted practices and guidelines.

To further ensure that users are making the right choices, Google said it only allows personal loan apps that require full repayment within 60 days or more of the date the loan is issued.

“The transparency of information about personal loan features, fees, risks and benefits helps people make informed decisions about their financial needs, thereby exposing them to deceptive financial products and services. I believe we can reduce it, “Google added.

According to the company, developers need to request only the permissions they need to implement current features and services, to data on users or devices for private, unimplemented, or unauthorized features or purposes. Do not use the permissions that allow access to.

Developers also need to use the data only for purposes that the user has agreed to, and if they later use the data for other purposes, they must obtain the user’s permission for additional use.

“Google Play users expect a safe, secure and seamless experience, and developers are accessing Play for powerful tools and services to help them build and grow their business. Google’s policies meet these expectations. We continue to work hard to help and ensure Google. Play is a platform that supports the entire ecosystem. “

How did you get to that path

According to such a service by Reuters and reviews by more than 12 users, at least 10 Indian lending apps on Google’s Play Store have been downloaded millions of times to protect vulnerable borrowers. It violates Google’s rules regarding the intended loan repayment period.

Four apps have been removed from the Play Store after Reuters reported to Google that it violated a ban on providing personal loans that require full repayment within 60 days-the majority of Indians call Download the app-weeks.

Three of these apps (10MinuteLoan, Ex-Money, Extra Mudra) did not return calls or emails asking for comment.

The fourth app, StuCred, was allowed to return to the Google Play store on January 7th after removing the 30-day loan offer. It denied engaging in unscrupulous practices.

Loan details screenshots from all six apps shared with 15 borrowers and Reuters show that at least six other apps are still available in stores offering loan repayment or holding terms.

According to 15 borrowers, some of these apps apply a high processing fee of Rs 2,000 ($ 27) for loans with a holding period of less than Rs 10,000 for less than 30 days. Borrowers can pay interest rates as high as 60% per week, combined with other fees, including one-time registration fees. The details of the loan are shown.

By comparison, Indian banks typically offer personal loans with an annual yield of 10-20% and usually do not have to be fully repaid for at least a year.

With the rise of smartphones and affordable mobile internet in India, hundreds of personal lending apps have skyrocketed in recent years. The campaign group states that rapid advances in technology have outpaced authorities and are calling for the introduction of regulations on loan holdings and fees.

“There are no clear norms for app lending in India. Currently, apps are gray,” Nikhil Pahwa, a digital rights activist and editor at MediaNama, a publication on technology policy based in Delhi, told Reuters. It’s in the zone. ”

Four apps found to violate Google’s repayment period policy (10MinuteLoan, Ex-Money, StuCred, Extra Mudra) advertise a 30-day loan period in their apps, for a total of at least 1.5 million times. It was downloaded.

Reuters reported these apps to Google on December 18th and removed them from the Indian Play Store within four days.

In response to Reuters’ question about whether they provided a loan that required full repayment within 60 days, StuCred said: “Google has unilaterally decided not to list FinTech apps in app stores that will repay within 30 days. A law related to the same has been passed and their (Google) side has taken such action. Will demand. “

Some other apps have stated in the Play Store list that the shortest repayment period they offer is at least 3 months, but according to 15 borrowers and their screenshots, they actually have a holding period. Is often between 7 and 15 days.

The lending app industry has individually attracted police surveillance that it is investigating dozens of apps after at least two borrowers committed suicide in the past month allegedly harassed by debt collection agents. It was.

Police have not revealed the identity of the person under investigation.

Debt collection harassment is prohibited under RBI rules that a collection agent cannot harass a borrower by “persistently annoying” the borrower or by contacting family members or acquaintances.

A Reuters review of the 50 popular lending apps available on Google Play found that almost all of them needed to give borrowers permission to access their phone contacts.

Gold Price Today: Know Why NOT to Buy Gold, Silver Now; See the levels to MAXIMIZE your profit?