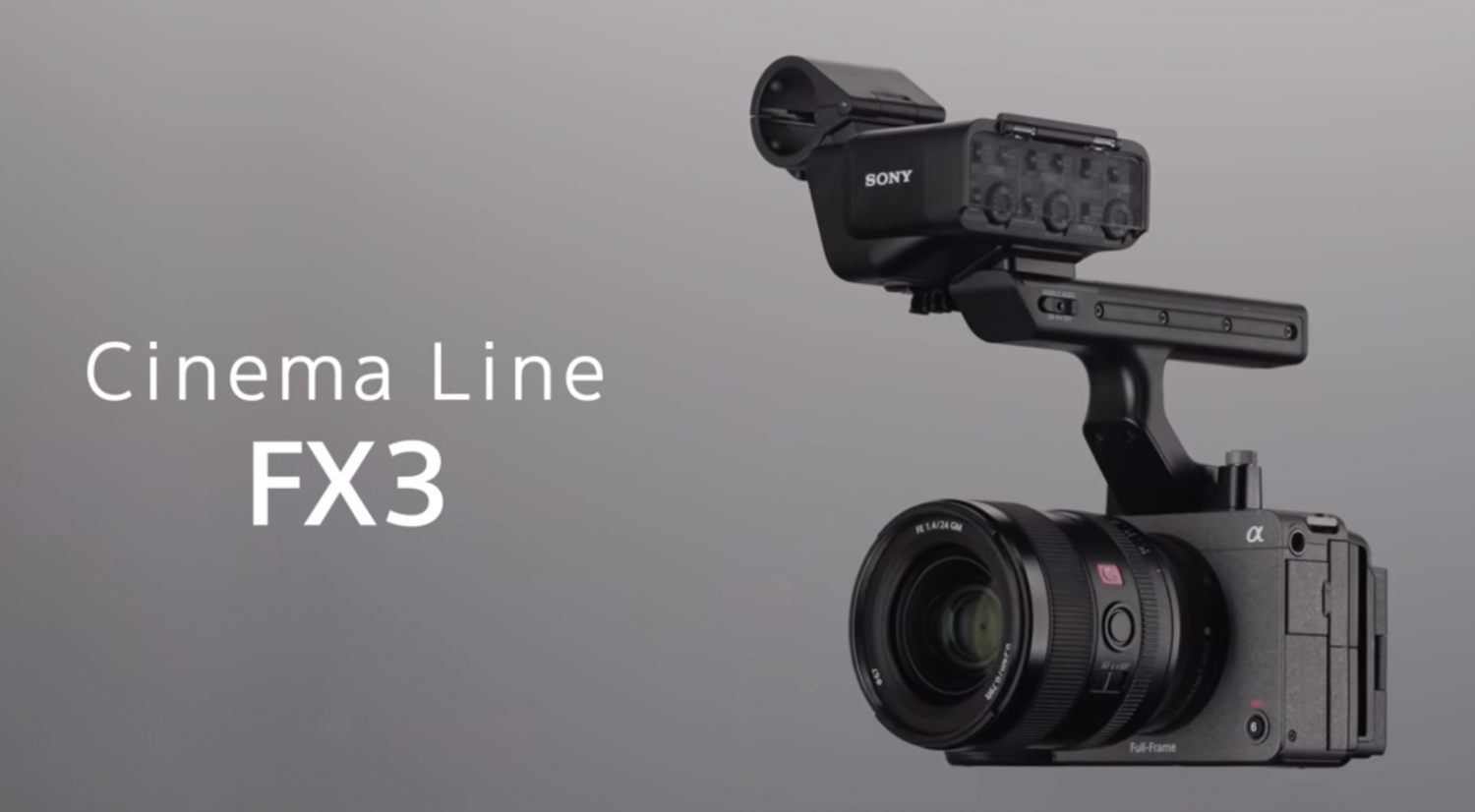 Sony has expanded the FX series and released the compact full-film camera “FX3” that can shoot movies for a long time. (Sony | Camera Channel-Youtube Screenshot)

Sony has expanded the FX series and released the compact full-film camera “FX3” that can shoot movies for a long time. According to the company, the target market for cameras is local filmmakers due to the ability to shoot 4K video for 13 hours and the built-in cooling system.

Many suggest that FX3 is similar to Sony A7S III. However, based on the latter, FX incorporates some of the features found in more expensive cinema cameras into a smaller, lighter body.

The GSMArena is compatible with Sony’s E-Mount lenses, and both cameras share the same features, such as the 12.1MP full-frame camera that can shoot 4K / 60 fps, so the Sony FX3 effectively replays the A7S III. I report that I designed it.

The two cameras are different from a physical point of view. The FX3 does not have the built-in electronic viewfinder (EVF) found in the A7S III, but has been replaced by fan-assisted active cooling for longer shots and multiple handle accessories. That said, the FX camera is bulky enough to accommodate the fan inside and handle accessories.

The Sony FX3 is designed as part of the rig and has five 1 / 4-20 screw mounts, three of which are on the top. This allows you to attach the camera to cages, gimbals and even drones. The camera has a dedicated backlit recording button on the top, a joystick mounted on the top, zoom controls around the shutter button, front and back tally lights, a sliding power switch, and optimized for video workflows. There is also a shortcut button.

The built-in LCD has a vari-angle design that swings sideways and tilts forward, up, and down. It supports touch input, so you can tap it to set the autofocus target.

The Sony FX3 includes a handgrip that mimics a still camera that houses a Z-series battery. You can also use the included XLR handle, which is mounted on top and adds support for 24-bit 4-channel audio capture, as reported by PCmag for stable low-angle shots.

The Sony FX3 has a silver finish that sets it apart from the A7S family design, with a slightly flat top. The main body is made of magnesium alloy and uses a dustproof and waterproof lens to protect it from small debris and splashes, which is useful for shooting in harsh conditions.

TechRadar reports that Sony FX3 has won several other filmmaking extras, including a tally lamp to display when the camera is recording and avoid mistakes. The back of the camera is a 3-inch, 1.44m dot touch screen that flips sideways for those who want to shoot for themselves. Sony cameras also have twin CFexpress / SD card slots and a full-size HDMI port that can output 16-bit RAW video.

There is speculation that the Sony FX3 is custom-made for the next Sony Airpeak Drone, and Sony has confirmed with TechRadar that the two are certainly a great and expensive combo.

Opinion: The days of easy money on the stock market are now over