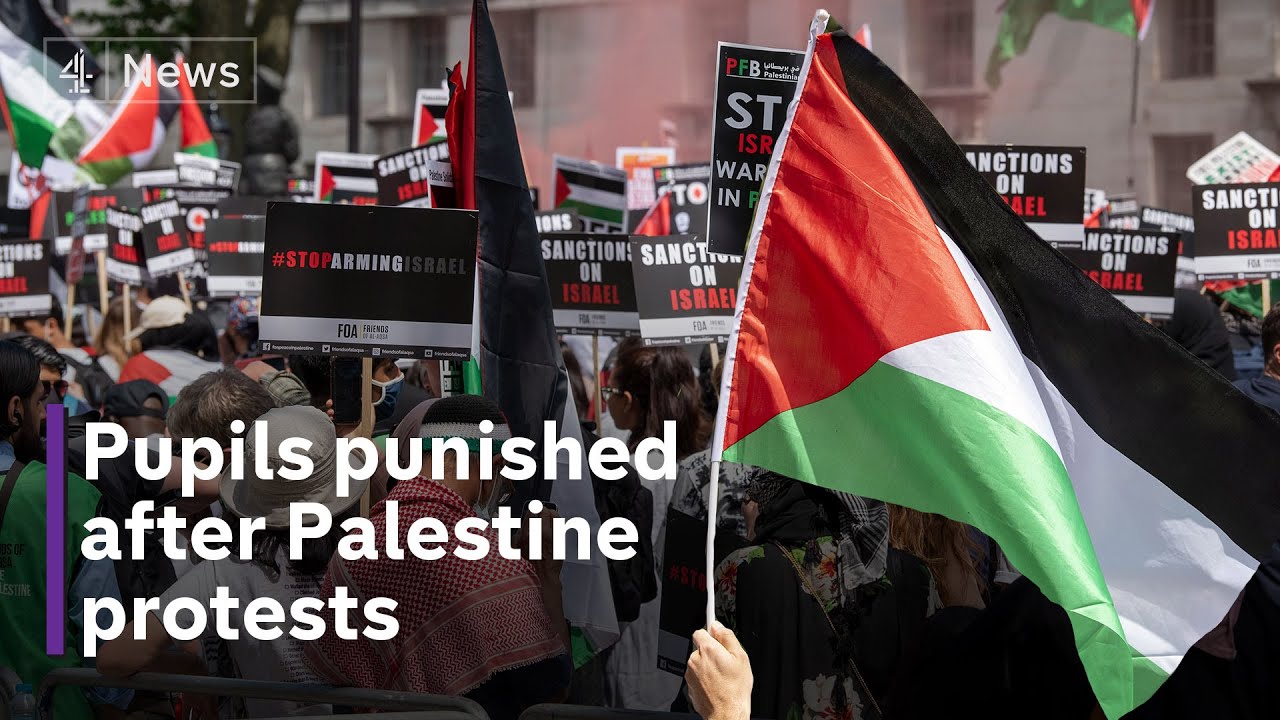 Students in English schools have complained that they have been unjustly punished after showing support for Palestine in their schools. The war in Gaza last month sparked protests, including in schools, largely organized at TikTok. Several children were dismissed for their involvement, in some cases police were called to monitor the protests. We talked to some of the participants. .