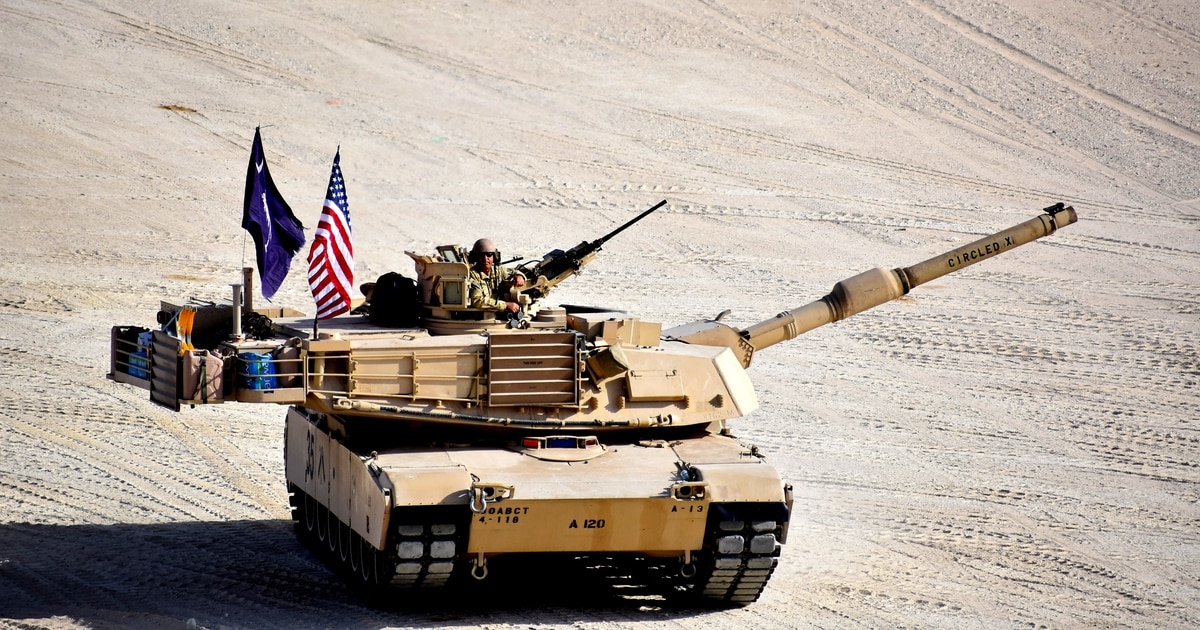 Earthquakes, hurricanes, floods, locusts, pesky Russians, assassination, drone-dropped mortars, oilfield attacks, and landmines were some of the features of the nearly year-long deployment of an Army National Guard brigade in the U.S. Central Command for most of 2020.

“Everything happened to us except the frogs falling from the sky during this rotation,” said Major Ben Bagwell, the brigade operations officer at the time.

More than 3,000 troops were deployed with ABCT 30 of the North Carolina National Guard from October 2019 to September 2020 in support of both Operation Inherent Resolve and Operation Spartan Shield.

The brigade previously conducted combat deployments to Iraq in 2004 and 2009.

With the additional attached units, a total force of 5,000 personnel operated in 11 major regions throughout the Middle East – from Egypt to Oman.

Sign up for the Army Times Daily News Roundup

By sending us your email, you are choosing the “Army Times Daily News Roundup”.

Officials said that a battalion of soldiers from both the 1st Ohio National Guard of the 145th Combat Aviation Brigade and 1 of the 34th ABCT have joined the 30th ABCT for deployment.

Amid the array of challenges thrown at them, Hearn said, soldiers earned 56 combat action badges and an estimated 2,000 Army Medals of Merit with a “C” for combat.

The brigade was assigned three years, in 2016, to support OIR and CENTCOM, working through standard pre-deployment preparations with the task of providing a force to deter Iran in the region.

But before the soldiers could complete their training, Hurricane Florence hit two of the three states that most brigade members call home — North Carolina and South Carolina — in late 2018.

He summoned state activation, and many members had just returned from major training events. Soon after conducting hurricane relief, they headed to the National Training Center in Fort Irwin, California.

While carrying out challenging training missions and pre-deployment events at NTC, the strongest earthquake struck the region in two decades, shaking buildings, some small structures collapsing and black roads cracking.

Another major earthquake followed the next day.

The soldiers finished training and began loading equipment for the next deployment, which had only a month left now.

Within three weeks, all vehicles were fully operational and on ships bound for the Persian Gulf.

Things went smoothly from there. Literally.

In late November, more than 94 million gallons of rain fell in less than 24 hours at Camp Boring, Kuwait, with a large number of soldiers calling the Al-Watan base, Bagwell said.

He said the storm tore through the roof of the camp’s education center and flooded the barracks, leaving pools of water 3 to 4 feet deep.

Bagwell added that one of the units, which was sent to Saudi Arabia, even had to deal with a “locust plague.”

And as if bombing the Brigade’s Mother Nature wasn’t enough, they had plenty of man-made problems to contend with.

Some of the highlights included an early reaction force on Iraq in the wake of the US strike on January 3, 2020, which killed Iranian Major General Qassem Soleimani while he was in the country.

The killing triggered Iranian missile attacks on Iraq and greater unrest across the region for a short period.

“We had tanks loaded on the tarmac to go to Iraq,” Bagwell said.

By March 2020, COVID-19 had reached the area, and the 30 ABCT soldiers were setting up and running two-week quarantine sites for anyone coming to or outside of Camp Arifjan, Iraq, Bagwell said.

Then there were the Russians.

In one memorable incident, Bagwell said soldiers from the 150th Corps’ 1st Cavalry Regiment, outside West Virginia, were running overland logistics operations, escorting a supply convoy, in Syria when a driver discovered obstacles in the road. It turned out to be old landmines that were placed on the surface and not buried.

These speed bumps slowed the traffic a bit and grounded a Russian military convoy as well. There were some indications that each side was trying to “impede” the other, but tensions subsided as the two superpowers went their separate ways.

In another convoy movement, Bagwell said, an ISIS-controlled drone dropped a mortar shell near the American convoy. Fortunately, it wasn’t close enough to cause real damage. This was roughly the extent to which the brigade interacted with ISIS.

When Houthi rebels fired missiles at Saudi oil facilities from Yemen, soldiers were sent to guard the delivered Patriot missile batteries to protect the ally’s assets.

But by last September, the brigade was back home. Colonel Morrison said they are now rehiring and retraining their unit.

“We are in the process of resetting, very excited to start a new course,” he said.

He said the armored unit will develop M1A1 Abrams tanks and Bradley combat vehicles between 2024 and 2025.

An earthquake measuring 5.2 on the Richter scale was reported 54 km north of Polywali, Indonesia / VolcanoDiscovery

Crustal movement and stress rates in the Southern Basin and Field