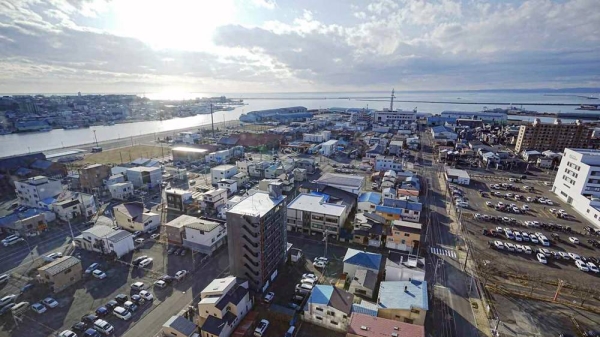 The Japanese government recently released new damage estimates under the scenario of a 9-magnitude earthquake off the Pacific coast in northeastern and northern Japan, warning as many as 199,000 people in seven prefectures, including Hokkaido and Aomori, could die.

The Central Disaster Management Council (CDMC) predicts that most deaths will be from the resulting tsunami, and a maximum of 220,000 buildings could be destroyed if such an earthquake occurred along the Japan Trench.

The potential economic fallout for the region and the country as a whole could be as high as 31.3 trillion yen ($275.4 billion).

Also based on the proposals regarding the Chishima Trench that the council will form early next year, the government will speed up the process of modernizing disaster management procedures, given that the estimated deaths in the northeastern and northern regions could be reduced by 80% if evacuations were timely. Made.

The Japan Trench off Hokkaido extends to the east of the Boso Peninsula near Tokyo, while the Chishima Trench lies off the country’s main northern island to the Chishima Islands, also known as the Kuril Islands.

The Japanese government is reviewing disaster management in the wake of the 2011 earthquake and tsunami that devastated northeastern Japan.

Earthquakes greater than 7 have occurred around trenches in the past. In the previous assessment released in 2006, it was estimated that up to 2,700 people could die in the event of a strong earthquake.

However, the assessment did not take into account a strong earthquake of magnitude 9 or higher hitting the area. The government has already completed its review of two other potentially massive earthquakes – Nankai Trog and Tokyo Inland.

It is estimated that as many as 323,000 people could die in a trench-type earthquake that occurs along the Nankai basin stretching from west to central Japan, and 23,000 people in an inland earthquake in Tokyo.

For the Japan Trench and Chishima Trench estimates, the Board considered several different scenarios depending on the season and time from the day of the disaster.

The worst-case scenario is a massive earthquake near the Japan Trench in the late winter hours, allowing only 20% of the population to evacuate immediately.

Under this scenario, 137,000 could die in Hokkaido, 41,000 in Aomori, and 11,000 in Iwate. The council says the public should be aware that if necessary steps are taken, including building tsunami evacuation towers and more earthquake-resistant structures, the total number of deaths would be much lower, at around 30,000.

According to the assessment, most of the damage to the building will be caused by tsunamis, and the number of evacuees will reach 901,000 by the day after a 9-magnitude earthquake.

In terms of the potential economic impact, the destruction of buildings and infrastructure in the affected area will account for 25.3 trillion yen, and the remainder of 6 trillion yen is expected to spread to the rest of the country.

A massive earthquake near the Chishima Trench could kill 100,000 people in the seven prefectures, including Fukushima and Ibaraki, and destroy 84,000 buildings.

The estimates did not refer to nuclear power plants in Aomori, Miyagi, Fukushima, and Ibaraki prefectures. The government said it would not forecast potential damage associated with a particular facility.

It is based on the tsunami forecast issued by a panel of experts from the Cabinet Office in April 2020.

The commission said the tsunami waves could reach 29.7 meters in height in Miyako in Iwate Prefecture and 27.9 meters in Irimu in Hokkaido if a massive earthquake occurred around the two trenches. – Kyodo

How to make electricity for residents – BBC News