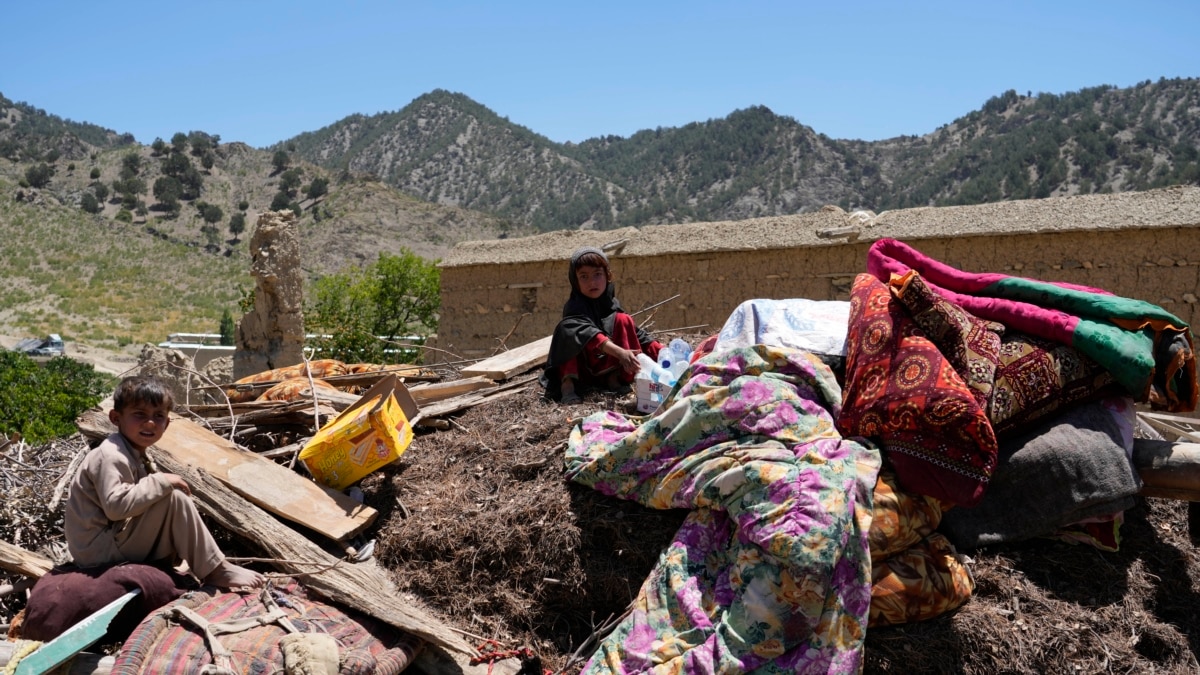 The Taliban renewed their call on Saturday for the United States to unfreeze foreign funds to Afghanistan and lift financial sanctions to help the war-torn country deal with the deadliest earthquake in more than two decades.

The United Nations said humanitarian organizations, in coordination with Taliban authorities, continue to provide assistance to families in Paktika and Khost, the two provinces in southeastern Afghanistan worst affected by the 5.9-magnitude earthquake on Wednesday.

“There are, however, unconfirmed reports that between 700 and 800 families are living in the open in three of the six worst affected areas,” a UN statement said on Saturday.

“Families living in undamaged and partially destroyed buildings have also resorted to living in the open, fearing the possibility of more earthquakes,” the statement added.

The quake killed 1,150 people, injured about 1,600, destroyed nearly 3,000 homes, and partially destroyed hundreds of others, according to Taliban officials. Some of the poorest and most remote Afghan mountainous regions near the Pakistani border that lack the infrastructure to withstand disasters of this magnitude have been devastated. At least 121 children were among the dead and the death toll is likely to rise, according to the United Nations Children’s Fund (UNICEF).

Afghan authorities have canceled the search for survivors, and have been struggling to provide much-needed aid due to capacity challenges.

“In these times of testing, we call on the US to release frozen Afghan assets and lift sanctions on Afghan banks so that aid agencies can easily deliver aid to Afghanistan,” Taliban Foreign Minister Amir Khan Muttaki said on Saturday, while speaking to reporters in Afghanistan. The capital is Kabul.

US President Joe Biden issued an executive order in February aimed at freeing half of Afghanistan’s central bank’s $7 billion frozen assets on US soil. The money will be used for the benefit of the Afghan people, while the rest will be kept to satisfy terrorism-related lawsuits against the Taliban.

“We are working urgently to address the complex questions about the use of this money to ensure it benefits the Afghan people, not the Taliban,” White House Press Secretary Karen-Jean-Pierre told reporters on Saturday.

But she reiterated that the Biden administration is not waiting and working through international partners to urgently provide assistance to the Afghan people.

UNICEF Representative in the country, Muhammad Ayoya, visited one of the worst affected districts in Paktika and described the situation on Twitter.

“I saw the despair, the desolation, the suffering, the vulnerability, but also the resilience and acts of solidarity from local businessmen, international organizations and authorities,” Ayoya wrote.

Mansoor Ahmed Khan, Pakistan’s ambassador to Kabul, said in a tweet on Twitter that his country had also deployed “19 medics/doctors… at Khost Airport as of June 23 with 3 ambulances and a mobile hospital to treat the wounded and critically refer to hospitals in Pakistan.” “

China said it will provide $7.5 million in humanitarian aid to Afghanistan, including tents, towels, beds and other urgently needed supplies in the quake-hit areas.

Chinese Foreign Ministry spokesman Wang Wenbin said Saturday that the first batch of supplies was scheduled to leave for the crisis-stricken neighbor by charter flight on Monday.

“In the next few days, China will coordinate closely with the Afghan interim government to ensure the rapid delivery of relief supplies to the hands of those in need,” Wen Bin said.

The international community has yet to recognize the Taliban’s interim government since the Islamist insurgent group took control of Afghanistan last August, citing concerns about human rights and terrorism.

The Taliban’s seizure of power came as US and NATO partners withdrew their final forces, ending nearly two decades of foreign military involvement in the South Asian country.

Since then, Washington and other Western countries have halted financial aid to Afghanistan, which is largely aid-dependent, confiscated its more than $9 billion in foreign assets, most of it in US possession, and isolated the Afghan banking system.

The United Nations estimates that 97% of Afghanistan’s 40 million people will live below the poverty line this year.

Acting US political advisor Trina Saha said at a UN Security Council meeting on Thursday that the Afghan earthquake was a devastating blow to a population already suffering seriously.

“We call on donors to provide urgent aid to relief efforts,” she said. “The earthquake highlights the vulnerability of the Afghan people and underlines the urgent need for continued humanitarian assistance,” Saha added.

Related Topics:South and Central AsiaUnited States of America
Up Next

The truck has attacked pro-abortion rights protesters in Iowa