China’s vision of having a world-class army by 2049 has been widely discussed and made public. However, military experts have questioned this view because of several distinct weaknesses that plague the Chinese People’s Liberation Army (PLA).

Will Anil Ambani’s fortune change with the arrival of the Rafale Jets?

The Chinese PLA is currently the largest active military force in the world. It has its roots in the 1927 Nanchang uprising of the Communists against the Nationalists.

The People’s Liberation Army was formed as an armed wing to counter anti-communist purges during civil wars. Originally called the Red Army, it passed under Mao Zedong and Zhu De from 5,000 soldiers in 1929 to 200,000in 1933. It now has 2.03 million active members and 510,000 reservists.

S. Desai, research analyst for the China Studies Program, explains that the PLA has seen two important turning points. First, the US use of advanced and sophisticated weaponry during the first Gulf War of the 1990s forced the PLA to continue its technological advancements.

Second, he says that the Chairman of the Central Military Commission (CMC) Xi Jinpings, defending the Chinese dream of making the PLA a world-class force by 2049, has led to its restructuring and rapid modernization. 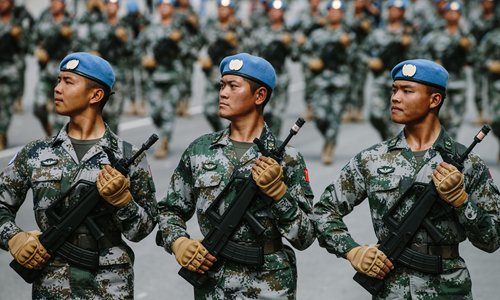 However, Desai argues that despite technological advancements and increasing military might, the PLA has several key weaknesses. “First, PLA is accused of being infected with the disease of peace (Hpng bng), peacetime habits (Hpng jix)and peace issues (HPNG dart), because he has not participated in any war since 1979.

This is a condition where an occasional approach by peacetime soldiers during training could have an impact on wartime combat readiness, ”he said.written.

He further says that Xi Jinping is aware of this weakness and therefore introduced changes in the PLA regime to make him train under realistic combat conditions.

“My research also indicates that the number of bilateral-trilateral PLA military exercises with foreign armies has increased since 2014 to compensate for the lack of combat experience. But the impact of this change cannot be verified until the PRC goes to war, ”explains the author.

The second weakness Desai talks about is that the military modernization of the PLA does not compensate for the quality of the personnel employed, especially in technology-centric services such as navy, air force, rocket force. and the strategic support force.

China has one of the largest defense budgets and has allocated the largest share of capital spending. To remedy this, PLA has improved its recruiting technique by focusing on hiring better qualified students from specialized and technical universities.

“He felt the need to rework his conscription model to meet the goal of computerizing the armed forces by 2035, which Xi announced at the 2017 party convention,” Desai said. He added that he has introduced several financial incentives to attract highly skilled talent. However, despite positive incentives, recent reports suggest that the gap still exists and that PLA still faces a shortage of qualified expertise to drive its technology-centric services.

After widespread corruption within the PLA in the 1980s, then President Jiang Zemin introduced reforms that attempted to address this problem by dissolving the military-commercial complex in 1998, but the problem then was become ubiquitous.

After Xi Jinping came to power in 2012, he launched more than 4,000 anti-corruption investigations that resulted in the dismissal of high-level officers. To compensate for the loss of position of influential officials who could have led to resistance within the military, they were given appropriate positions in the ranks and files of the PLA.

“Although this has reduced resistance, the effectiveness of the reforms, which aimed to reduce corruption, can be questioned,” Desai says.

Another weakness highlighted by Desai is the increase in PLA revenue spending. “China also has the largest pool of 57 million PLA veterans, demanding post-retirement benefits and better retirement offers. These post-retirement salaries, pensions and subsistence subsidies come from China’s defense spending. The rise in revenue bills, since 2018, will certainly have an impact on capital spending in the near future, ”he said.

Another revenue expense is the commissioning cost to maintain existing weaponry. Thus, the author concludes that increasing revenue bills and increasing maintenance costs will slow down China’s military modernization.

He pointed out that apart from these reasons, the PLA has other weaknesses such as “limited strategic airlift and refueling capabilities at sea, limited overseas military bases, lack of operational capabilities. spouses and the lack of a rotation system among lower-ranking officers. PLA ”.

He concluded by saying that these limitations will not only impact the Chinese dream, but also change its capabilities to achieve its strategic military directions in the future.