Strategic analysts monitoring the dynamics of the situation without war or peace in the volatile and conflict-ridden region of the Middle East after the military adventure launched by the Baku authorities on the Armenian-Azerbaijani border on July 12 and 13, 2020 have learned of the existence of plans for a joint Turkish-Azerbaijani war against the Republic of Armenia and the Republic of Artsakh. This is evidenced by the statements of Turkish President Recep Tayyip Erdogan on the results of the joint adjustment of these plans during the visit of the delegation of the Azerbaijani armed forces to Ankara led by Lieutenant General Ramiz Tahirov, commander of the army of the Azerbaijani air. Erdogan confirmed that Chief of Staff General Yashar Guler successfully worked with the Azerbaijani military delegation with the participation of commanders from all branches of the Turkish armed forces. It can be assumed that the adjustment of the plans for the joint Turkish-Azerbaijani war against Armenia was carried out taking into account the lessons of Azerbaijan’s defeat in the April 2016 war and the precise and overwhelming response. of the Armenian armed forces in an attempt to intensify the Karabakh conflict in the Tavush section of the Armenian-Azerbaijani border.

The end result of statements by the leaders of Turkey and Azerbaijan regarding their willingness to implement the adjusted military plans for a joint war made it imperative for the authorities of the Republic of Armenia to speak out about the threat of recurrence of the genocide which weighs heavily. the Armenian people. The relevance of the principle “Never Again” for the Armenian people is due to the genocidal attacks against the Armenian population of Azerbaijan during perestroika in the USSR, which were in response to peaceful political rallies of the Armenians of Nagorno-Karabakh for the right to them themselves. -determination and secession of the Azerbaijani SSR in accordance with USSR law and international law. We are talking about the Sumgait and Kirovabad pogroms in 1988 and Baku in 1990, as well as the war crimes committed against the civilian population of Armenia during the war of April 2016.

In this regard, we consider it extremely important to call on the international community, represented by the Co-Chairs of the OSCE Minsk Group and the three permanent members of the UN Security Council – Russia, the States -United and France, to take measures to prevent a new genocide against the Armenian people.

Wanting to make sense of the lessons of the April war and ensure a guaranteed peace, the OSCE Minsk Group offered confidence-building measures to the parties to the Nagorno-Karabakh conflict, which were agreed in Vienna on May 16. and St. Petersburg on June 20, 2016.

And now, we deem it appropriate to urge the authorities of the Republic of Armenia to appeal to the Co-Chairs of the Minsk Group by suggesting that they return the issue of confidence-building measures to their agenda, so that all stakeholders can receive reliable information on the escalation of the conflict and the identification of the initiator or aggressor. As a tool for monitoring the violation of the ceasefire regime, we propose the use of a spatial detection method in the Karabakh conflict zone by satellites using the space facilities of the three permanent members of the UN Security Council – Russia, the United States and France.

The satellite detection coordinated by the Co-Chairs of signals on the concentration of military force and its threatening deployment will allow the negotiation process to emerge from the faceless and unanswered trap, which implies equal responsibility for the escalation of the conflict. This will allow Azerbaijan and Armenia, through the mediation of the co-chairs of the Minsk Group, to move on to substantive measures for a peaceful settlement of the Karabakh conflict.

Guest contributions to Armenian Weekly are informative articles written and submitted by members of the community that make up our community bulletin board.

Science Story: Positioning Chicago as a Research and Technology Hub

The strength of the regional economy stems from its diversity and little prognosis. If Chicago wants to provide the regional...

The coastal areas of Southern California are often cooler than inland areas, and have some degree of protection against the... 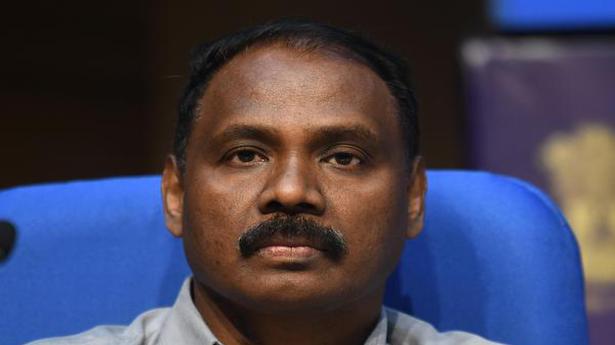 GC Murmu, the first Lieutenant Colonel (LG) of the Union Territory (UT) of Jammu and Kashmir has resigned as LG...

BUSINESS 9:15 am PDT 08/05/2020 by Etan Vlessing Ashley Partington is returning to a familiar talent agency after working for...

CM urges BMC, other civic bodies to be on high alert – mumbai news

Prime Minister Uddhav Thackeray took to the market the situation of monsoons in Maharashtra, especially in Mumbai, and urged civic...

Boston, Massachusetts (KTRK)-A research team at Harvard Medical School believes that COVID-19 has discovered why it causes odor loss or...

Ankara The Turkish Governmental Aid Agency announced on Wednesday that it has sent emergency humanitarian aid to Oaxaca, Mexico, to...

Asaduddin Owaisi at his residence in Hyderabad | Photo: Suraj Singh Bisht | The imprint Text size: A- A +...