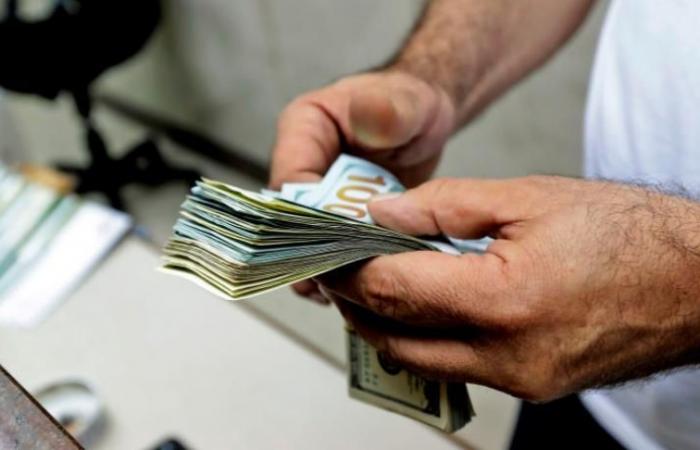 The sharp rise in prices in all areas of unsupported spending in the Lebanese market indicates the type of serious risks that will follow. The inability to provide the necessary funds allocated by the Central Bank to support financing of strategic commodities at a rate equivalent to only about 17 percent of the actual price of the dollar, and food commodities by about 45 percent. These correspondences are directly related to the continuous decline in the price of the Syrian Pound on the parallel exchange market.

The estimated calculations assume that whether the subsidy is permanently lifted or the market price is adopted for the dollar, a major shock will occur in the markets commensurate with these sharp rises in the prices of goods and non-subsidized materials, linked to the currency exchange rate and the fact that import covers about 80 percent of consumption needs the local. This automatically explains the severity of the achieved inflation, with the price of the dollar rising near the threshold of 9 thousand pounds, almost 6 times the official rate set at 1515 pounds.

The subsidy, which is threatened with cancellation before the end of the current year, due to the shrinking of the central bank’s usable reserves of hard currencies to less than 3 billion dollars, is still contributing effectively to delaying the arrival of the state of “hyperinflation”. The sharp price waves have not yet covered vital areas of household spending. On top of which are housing, transportation, communications and education, which was reflected in the curbing of the average price index up to 120 percent until the end of last August, thus accumulating a balance of about 230 percent, when calculating the percentage, which was achieved in the same period last year. Indeed, the Governor of the Banque du Liban, Riad Salameh, explicitly indicated that he had informed the government not to violate the compulsory reserves of banks in foreign currency for support purposes, indicating in the last monthly meeting with a board of directors, and the Association of Banks said, “This matter will allow him to subsidize it for a period of two or three months, especially fuel.” Wheat and medicines at an exchange rate of 1,500 Lebanese pounds to one dollar, and foodstuffs at an exchange rate of 3,900 Lebanese pounds to one dollar, and he expressed his hope that “the government will complete the proposal for the cards in order to preserve the purchasing power of the most vulnerable groups in terms of living conditions.”

Based on the concerns left by Salama’s repeated warnings of stopping subsidies and stalling political solutions, markets, according to wholesalers, supermarket owners, stores and pharmacies, are still witnessing a remarkable demand from consumers to stock up on all kinds of support. Items such as flour, medicine and basic foodstuffs, in anticipation of immediate support lift. Instead, consumers have deliberately stored a “gallon” of gasoline despite the extreme risks of such behavior. There is also an open race between consumers and smugglers to obtain diesel, which is rare in gas stations, despite the continued import of quantities according to the usual tables of average consumption.

The financial data of the central bank’s budget confirm the seriousness of the hemorrhage occurring in the stock of foreign exchange reserves at the central bank. According to the latest statistics, the value of BDL’s external assets decreased by 32.68 percent, equivalent to $ 12.29 billion at the end of the third quarter of this year, compared to the level it was in the same period last year.

Thus, it is estimated that the sums that can be used for support are less than $ 3 billion, given the country’s urgent foreign expenditures. Total reserves decreased to about $ 25.9 billion, including a $ 5 billion international debt portfolio. Given that “Eurobonds” (debt bonds in hard currency) are suspended as government debt and are not liquid until further notice, it is necessary not to count them within the liquidity of the reserve, which drops to about $ 20.9 billion, while the security of the “red line” is determined upon arrival. To compulsory reserve with the bank. Lebanon has dollar deposits in favor of bank clients. It currently amounts to about $ 17 billion in hard currency deposits, or about $ 114 billion.

These were the details of the news that Lebanon is sensitive to the dangers of a high “earthquake” … for today. We hope that we have succeeded by giving you the full details and information. To follow all our news, you can subscribe to the alerts system or to one of our different systems to provide you with everything new.

It is also worth noting that the original news has been published and is available on saudi24news and the editorial team at AlKhaleej Today has confirmed it and it has been modified, and it may have been completely transferred or quoted from it, and you can read and follow this news from its main source.