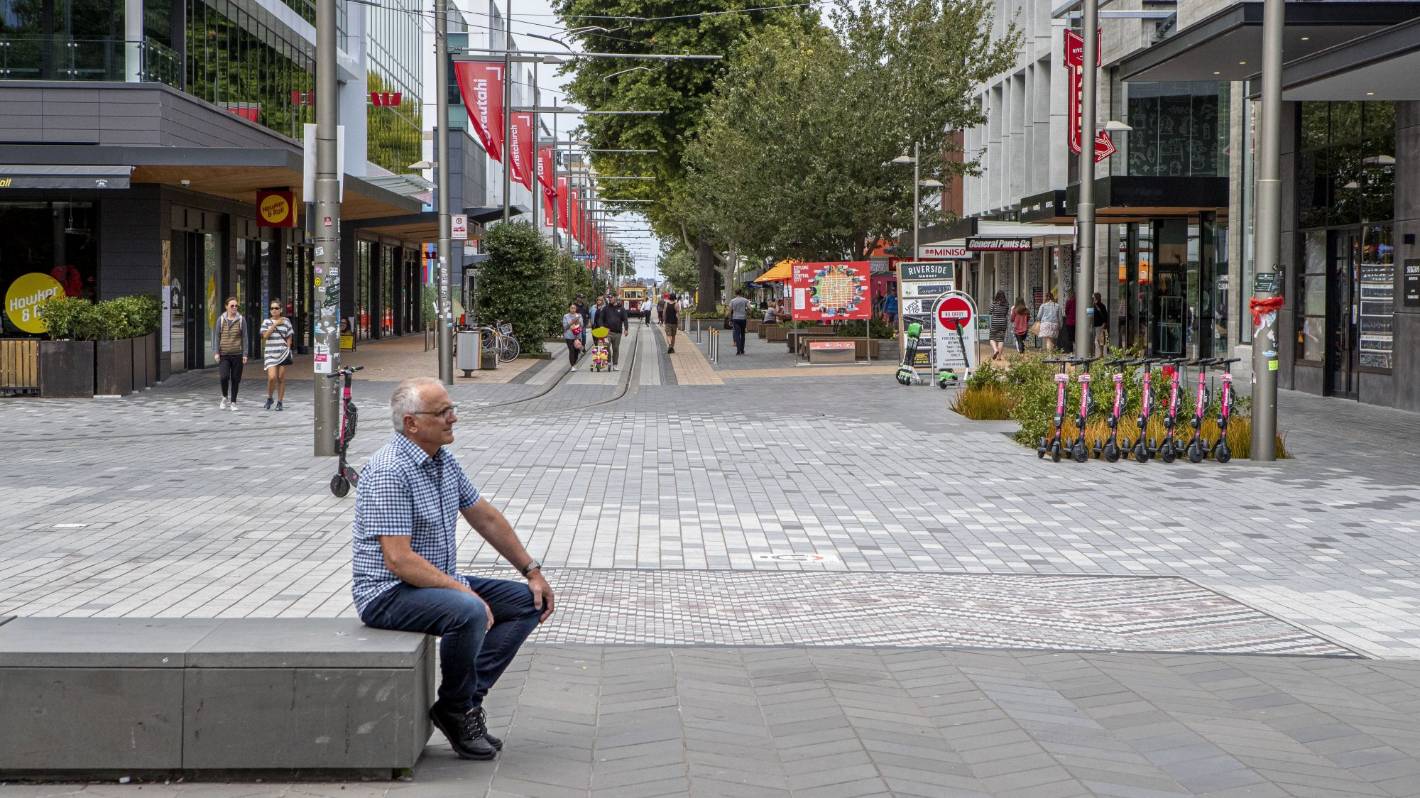 On February 22, 2011, Tony Richards found himself in several of the deadliest sites in the Christchurch earthquake. Ten years later, the memory of those who were not saved haunts him. Kate Broughton Report.

By the time Tony Richards came to the aid of a dying woman in the middle of Christchurch, he had already seen four others who had not survived.

About an hour before that day, February 22, 2011, the Christchurch earthquake erupted, destroying buildings and turning concrete building facades into tools of death.

Driven by a personal and professional sense of duty, and the knowledge that his loved ones were safe, Richards, the anesthesiologist, decided to go to the worst affected areas of the city. One of these parts is the City Mall on Cashel Street.

* Surviving the miraculous earthquake of a mother and child: “I am grateful every day”

People whose lives were changed by their participation in the CTV building collapse during the February 2011 earthquake tell their stories.

The woman he found there was alive but unresponsive. He knew that if she had reached the hospital at that time, she would have been alive. He found it at the end of what’s known as the “golden hour”: the critical 60 minutes after a catastrophic injury when, with the right response, a patient could be saved.

Richards had nothing to offer a woman. He had some medications – the morphine and ketamine that the medic gave him earlier – but he decided they weren’t going to help and could actually speed up her death.

He had venous flower, but no fluid sacs.

Desperate for help, he struggled to realize that he couldn’t do anything to her.

“She needed to incubate, ventilate, and give the injection a lot of IV fluids.”

A medic showed up and said the woman needed to go to the hospital. Richards agreed. After the woman was loaded into a car, he gently folded her two heavily broken legs so he could lock the doors.

When the car left, Richards doubted very much that she would survive. He knew that traffic was closed throughout the city and that the trip to the hospital would take at least half an hour.

The City Mall, located on Cashel Street, was one of the hardest-hit corners of the CBD when the February 22, 2011 earthquake struck Christchurch.

Ten years later, when Richards thinks about that day, especially the woman in the car, he is still chasing him.

“To be honest with a feeling of inferiority. I wish I was able to do more.”

Recall the horror he felt as a major aftershock that more construction work fell with only a hard hat for protection, bringing the feelings to the fore.

“Without looking like a handle, it was there so many times … I thought I was going to die.”

Richards reluctantly decided to share his experience with Stuff on the tenth anniversary of the earthquake. So far, he has only participated in a presentation for the coronary investigation of the numerous deaths in the CTV Building collapse and with fellow anesthesiologists in an industry magazine.

When the earthquake struck, Richards was in his car waiting for traffic lights. At first, he thought someone bumped into it. Then, as the vibration intensified, he worried that the car would roll and slide down the Avon River.

When it was over, he headed towards the central police station, where his wife was working on the 9th floor, and he was very worried that the building had collapsed.

On the corner of Morehouse Street and Montreal Street, Richards abandoned his car and started walking. He came across a colleague of his wife who told him she had gone out of the building.

Knowing that his children would be safe in their school, he decided to go where his skills could be best used.

Police began to form a cordon around the hardest-hit areas. Richards had to convince them that he should be allowed through.

Almost immediately he ran into a woman who had died. A woman next to her had a pelvic fracture and internal injuries and a stranger was comforting her.

He heard that people were working to save a man in the street and leave the woman with a GP who had just come.

By the time the man arrived he died.

On High Street, he joins a group of people trying to help a stumbling man whose legs have shattered between a concrete pole and a collapsing wall.

They put a tourniquet on his legs in preparation for the weight lifting. Firefighters arrived and managed to release him within 10 minutes. Richardson gave the man a pouch of intravenous fluids.

Then he encountered a man and a woman in quick succession. In both cases he checked their pulse and confirmed his death.

After taking care of the woman in the back of a police car, he spent about two hours on the site of the CTV building that collapsed. Without medical supplies, join others searching for survivors. At one point he was working alongside a man whose wife was in the building.

During that time no more survivors were found. Richards then headed to Latimer Square, where a screening center had been set up.

When the number of infections decreased and more medical staff arrived, he went to the Triage Center at Southern Cross Hospital – but were told they were well-equipped, he headed home.

Richards rarely discussed the emotional events of February 22 with anyone except his wife, Jackie.

He said, “After you find your peace with him, you put him in a box and he comes out from time to time … We cannot talk about him without crying.”

“But it is no longer painful. It is sad and a shared recognition of the suffering. “

Lian Dalziel: Earthquake stirs up memories that we will never forget

The witness describes the narrow escape of aircraft debris falls