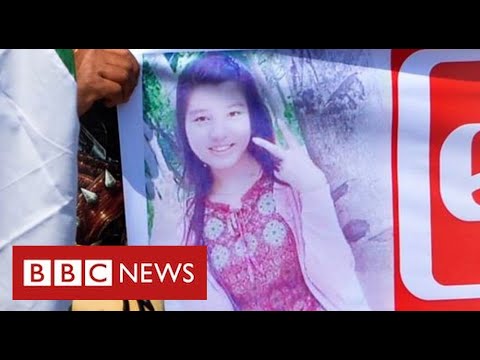 Thousands of people in Myanmar have lined the streets recently for the funeral of a young woman who was shot dead in protests against the military coup. Mya Thwe Thwe Khaing died on Friday, two days before her 20th birthday. There have been more crowded protests against the generals since the military-elected government was ousted earlier this month. Clive Myrie presents BBC News by reporting on the head of Southeast Asian correspondent Jonathan Head. Please subscribe HERE http://bit.ly/1rbfUog

A sand artist honoring earthquake victims and his restored city

An earthquake measuring 3.3 on the Richter scale is felt in Riverside County today. / VolcanoDiscovery