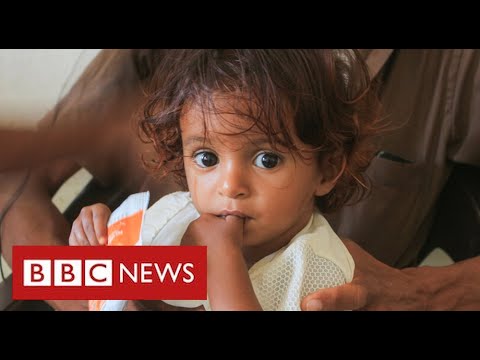 According to the United Nations, Yemen is at risk of the worst famine in the world in decades. The UN has warned that 16 million people will be starved this year, including 400,000 children, who will suffer from severe acute malnutrition and die without urgent treatment. Yemen was the poorest Arab country in the world before the escalation of the 2015 civil war. Most of the country is controlled by Houthi rebels backed by Iran. A coalition led by Saudi Arabia, backed by the United Kingdom, is campaigning for the internationally recognized government in Yemen. Huw Edwards introduces BBC News at Ten to international correspondent Orla Guerin. Please subscribe HERE http://bit.ly/1rbfUog