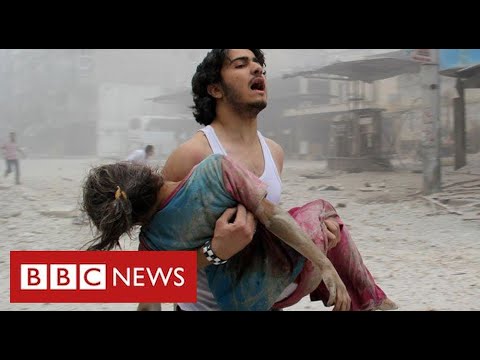 Ten years after Syria fell into the civil war, bloodshed and suffering continue. The BBC has heard harsh testimonies from a community in Aleppo where the conflict began. Tens of thousands of people took to the streets in 2011 to demand change. The government tried to suppress the protests and the country fell into civil war. The United Nations estimates that more than 250,000 people have been killed in the conflict, although the actual number could be much higher. At least 6.2 million Syrians have been forced out of their homes and 5.7 million have fled the country. A decade later, after a bloodshed, President Bashar al-Assad remains in power. In 2013 he was bombed by a bomb at the Aleppo Iqra school. Some children died immediately and others were injured in the days and weeks that followed. A BBC Panorama group was filming around when the attack took place. Huw Edwards presents BBC News at Ten to meet survivors and relatives of cameraman Darren Conway, who has returned to Aleppo. Please subscribe HERE http://bit.ly/1rbfUog

Governor Newsom responded by recalling the effort against him

Record a small earthquake in Wichita