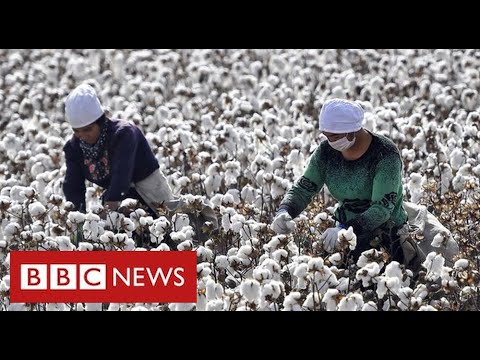 Nike and H&M are among the big clothing retailers with strong reactions in China after concerns were raised about allegations that Uighurs are being used as forced labor to produce cotton. Traders who made statements last year have seen products burned in China by some pro-government campaigns. After the UK and other western countries imposed sanctions on Chinese officials this week, there is a growing following on the issue. It is estimated that nearly one million Uighur Muslims are detained in camps in northwestern Xinjiang region of China. BBC investigations have revealed that the first witnesses to the forced labor and the detainees were raped and tortured. China denies the claims and said the camps are vocational training schools. Sophie Raworth presents John News in the BBC News Ten film, John Simpson, editor of World Affairs. Please subscribe HERE http://bit.ly/1rbfUog