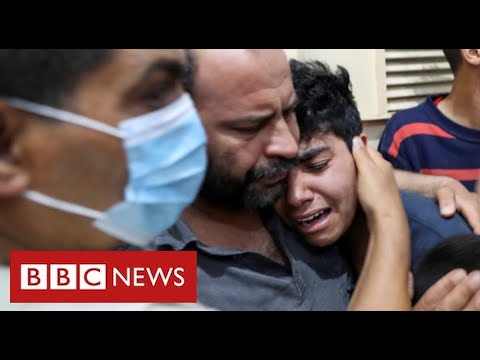 More than 20 people – including nine children – have been killed in Israeli airstrikes in Gaza after dozens of rockets fired from the territory into Jerusalem and other cities. The deaths came after violent clashes between Palestinian protesters and Israeli security forces around the Al-Aqsa Mosque in East Jerusalem. The worst violence in Jerusalem in recent days has left more than 300 Palestinians injured in clashes with Israeli security forces. East Jerusalem has been occupied by Israel since 1967. Palestinians are protesting against plans to evict people from their homes in the area claimed by Jewish settlers. Sophie Raworth presents Yolande Knell at Ten News at BBC News in Jerusalem. Please subscribe HERE http://bit.ly/1rbfUog

Danish MP: ‘It is impossible to integrate these people …