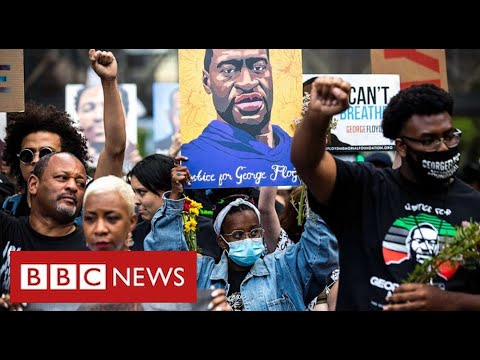 On the first anniversary of the assassination of George Floyd, members of his family have met President Biden, and a celebration of his life has been held in Minneapolis. The African-American was killed in the city by white police officer Derek Chauvin, and knelt on George Floyd’s neck for more than nine minutes. His death sparked worldwide protests against racism and police brutality. Huw Edwards presents Nick Bryant’s BBC News at Ten in Minneapolis. Please subscribe HERE http://bit.ly/1rbfUog

Barack Obama has said something * very * interesting about UFOs