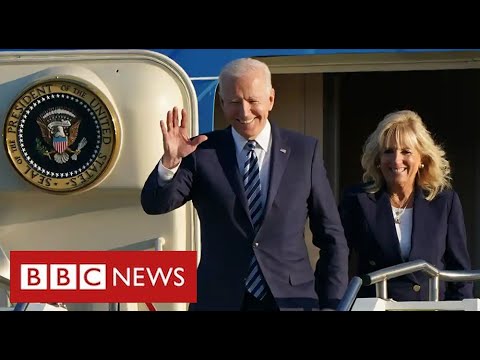 The President of the United States arrived in the United Kingdom this weekend ahead of a meeting with world leaders at the G7 summit. President Joe Biden’s first trip abroad begins with a meeting with Boris Johnson, with a message that the EU-UK trade line should not jeopardize peace in Northern Ireland. Underlying this line is the Northern Ireland Protocol to the Brexit Agreement, which allows border controls on goods entering the province from the rest of the UK. UK ministers want to end these controls, arguing that they cause food shortages. The European Commission has warned that the EU is ready to take action if the UK fails to comply with its obligations under the Northern Ireland Protocol. Sophie Raworth presents BBC News Ten, a report by North American editor Jon Sopel and editor Laura Kuenssberg. Please subscribe HERE http://bit.ly/1rbfUog