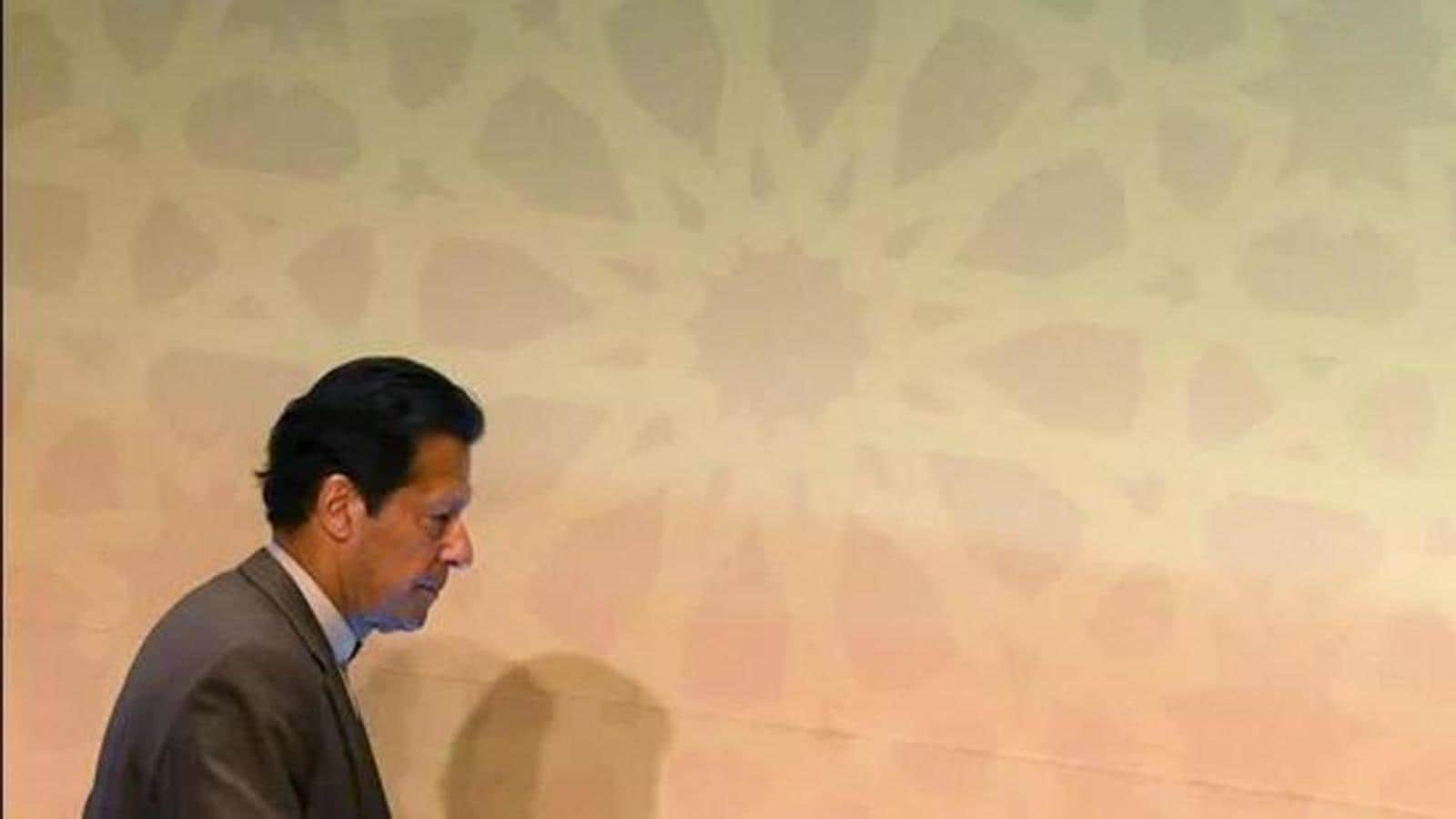 Pakistani Prime Minister Imran Khan and Foreign Minister Shah Mahmood Qureshi were criticized Monday by politicians and social media users for their stance on issues such as sexual violence and the status of slain al-Qaeda leader Osama bin Laden.

In an interview with HBO’s Axios news program, Khan said men would be affected if women wore too few clothes when asked about what the interviewer said was an epidemic of sexual violence in Pakistan. Khan preferred not to talk about China’s treatment of Uighur Muslims in Xinjiang, saying Pakistan prefers to discuss such issues with the Chinese side behind closed doors.

Qureshi, in an interview with the Afghan channel Tolo News, posed a question whether he considered bin Laden a martyr. Despite Pakistan adopting a joint statement by China, Russia and the US in March opposing the re-establishment of an Islamic emirate by the Taliban in Afghanistan, Qureshi did not provide a clear answer when asked if he opposed the return of an Islamic emirate.

Qureshi and Khan have been sharply criticized for their remarks in interviews by Pakistani opposition politicians, civil society activists and social media users.

When Khan was asked during the interview on Axios on HBO why he raised the issue of Islamophobia in the West while remaining silent about the genocide against Muslims in the Chinas Xinjiang region, he replied, Whatever issue we have with the Chinese, we speak to them behind closed doors. China has been one of our greatest friends in our most difficult times. When we were really struggling, our economy was struggling, China came to our aid.

He added, So we respect the way they are and whatever issues we have, we talk behind closed doors. He also tried to focus the situation in Kashmir, saying, How did it happen that this is such a big issue in the western world? Why are the people of Kashmir ignored? It is much more important compared to what can happen [with the] Uighurs, 100,000 Kashmiri were killed.

Asked if it makes him feel sick to be silent because of the money China has poured into Pakistan, Khan replied, I look around the world, what is happening in Palestine, Libya, Somalia, Syria, Afghanistan. Will I start talking about everything? I focus on what is happening on my border, in my country.

Khan faced more criticism for his comments on women and sexual violence. If a woman is wearing very little clothes, this will have an impact on men, unless they are robots. I’m talking about her common sense, he said.

We do not have discos here, we do not have nightclubs, so it is a completely different society [and] way of life here. So if it raises the temptation in society to the point and all these young boys have nowhere to go, that has consequences in society, he added.

Referring to remarks by Qureshi and Khan, senior Pakistani journalist Abbas Nasir wrote on Twitter, Is OBL a martyr? Hmmm … I’ll let it go. To a question about blaming rape victims: Women who wear very little clothes are a temptation. Men are not robots. Two of Pakistan’s best minds. The first went to Cambridge, the second to Oxford and received a post-degree from Annabels, London.

Former Pakistani parliamentarian Farhatullah Babar wrote on Twitter, How is the explanation of @SMQureshiPTI for refusing to call Osama a terrorist even knowing the terrorist attacks launched by OBL? Qureshi does not want to question how a terrorist lived in a canton for years. The inevitable question. The answer is clear: cooperation or incompetence.

Columnist Mehr Tarar said in a tweet, Prime Minister Khan should refrain from giving his personal explanations for the increase in cases of sexual abuse and rape in Pakistan. No piece of evidence to prove that the dress has anything to do with cases of rape by Pakistanis. I thought he had learned his lesson after the last debacle.

Pakistan People’s Party leader Sherry Rehman, a former US ambassador, also questioned Khans’ remarks. Does not IK know that by saying that women should dress in some way, he is giving oppressors and criminals to women a new narrative to justify their behavior. There is NO justification for a prime minister to speak this way. Very irresponsible and reprehensible, she wrote on Twitter.