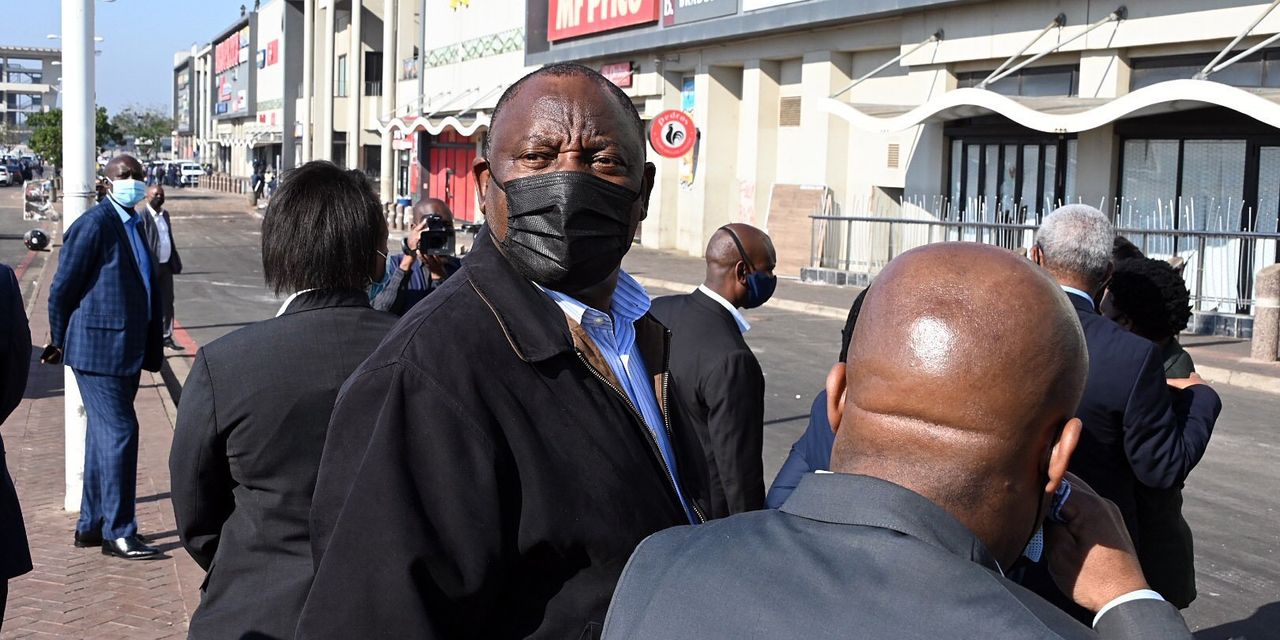 A week of widespread unrest and looting in South Africa is over. The cost of the riots is still being determined, but at least 276 people died, some were trampled to death, and the economic damage would run into the billions of dollars. The country’s health infrastructure, already shaken under the weight of the Covid-19 pandemic, was virtually destroyed in some areas by looting and arson. The main highways and a railway link were closed for days.

The riots are barely over, so determining why and why is difficult. The cause was the imprisonment of former President Jacob Zuma, who was arrested for ignoring a call to appear before a commission investigating corruption. He has a good reason to be afraid of an investigation. During his nine-year term, the country may have lost more than $ 34 billion to get, according to his successor, President Cyril Ramaphosa. One of the most notorious scandals involved allegations that members of the wealthy Gupta family bought so much influence over Mr Zuma that they exchanged cabinet positions in his government.

The deepest causes behind the riots are obscure. As with all South African presidents since the end of apartheid in 1994, Mr Zuma was also the head of the ruling African National Congress. The corruption scandals involving him and the recession-prone economy over which he eventually headed made him a political responsibility and the ANC forced him to leave in 2018. Yet a bloc of Zuma loyalists has continued to fight for power with Mr. Ramaphosa. Mr Zuma’s arrest was a victory for Mr Ramaphosa, as was the previous suspension by the party of one of Mr Zuma’s powerful allies.

The Ramaphosa government blames the riots on Zuma supporters. Last week authorities said they had identified 12 district leaders of what Mr Ramaphosa called a deliberate, well-coordinated and well-planned attack on South African democracy. There may be a core of truth. Some pro-Zuma voices openly agitated for violence and some of the infrastructure attacks appear to have been coordinated.

However, the scale and intensity of the riots reveals a deeper problem. Mr Ramaphosa’s political enemies could not ignite parts of South Africa without the flame given by the ANC for decades of mismanagement of the country. ANC-led governments colliding during the HIV epidemic in the late 1990s and early 2000s are likely to cost more than 330,000 South African lives. His aggressive program of affirmative action, Black Economic Empowerment, has enriched a small clique of wealthy black South Africans while hampering investment. The 30% unemployment rate has remained virtually unchanged since 1994 and youth unemployment has risen to a catastrophic 74%. Outages, in Africa, the most industrialized economy, are common.

Some of the economic problems have to do with the corruption that the ANC satisfies. Mr Zuma’s arrest was extraordinary mainly because senior ANC officials are so rarely convicted of industrial-scale theft that some of them commit. The $ 34 billion allegedly lost during Mr Zuma’s tenure was equivalent to about a tenth of the devastating losses of South Africa’s gross domestic product in a country where many are still poor. Officials have looted and mismanaged state-owned enterprises to the point that their debt burdens the entire economy. Even Covid-19 aid funds have not been safe from thefts by government officials.

It is possible that the outpouring of anger and criminality last week will make the ANC take a strong look at itself. Mr Ramaphosa has vowed to tackle corruption and make his country more investment-friendly, although he has overseen some important reforms. If a lack of control over his party has hampered his agenda so far, then his opportunity may finally have come. He can emerge from this crisis with greater levels of support from violently disgusted South Africans and with his discredited ANC enemies, giving him the political capital to try to eradicate grafting. A key indicator of his intentions will be whether he pushes for reforms that require the ANC to relinquish its control over the economy, such as by demolishing and privatizing state-owned enterprises.

There is a risk that the ANC will take an alternative route and use the crisis as an excuse to further intervene in the economy. There is a strong statistical current in the ANCits 2015 policy document proclaiming that the party should view the economic policy of the Chinese Communist Parties as a leading country and is even now considering controversial policies that could destroy property rights and possibly intimidate investment. when it is most needed. If it does, and if it continues to protect its corrupt members, expect further unrest.

Mr Meservey is a senior Heritage Foundation policy analyst for Africa and the Middle East.