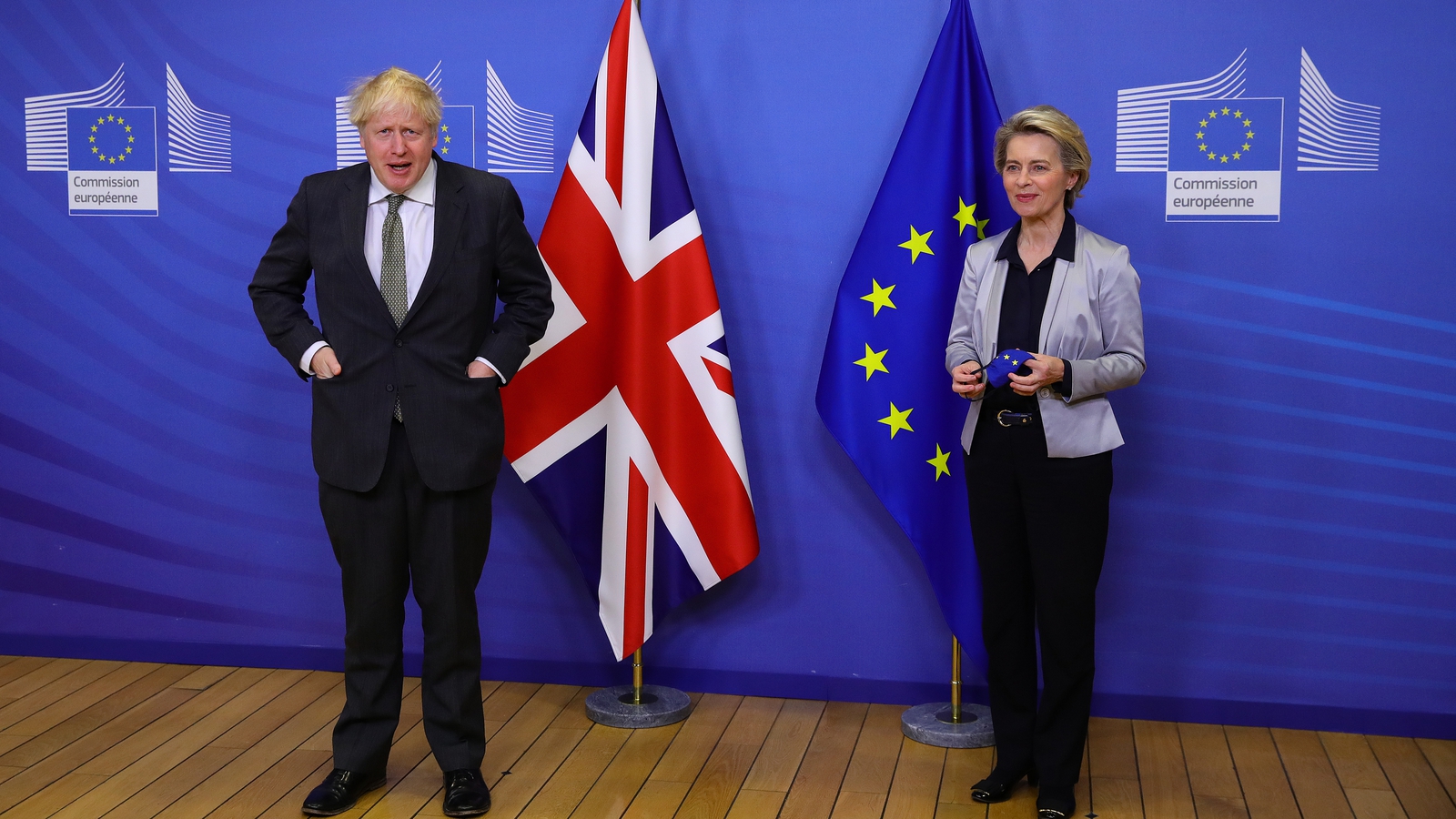 European Commission President Ursula von der Leyen has told the British Prime Minister that there will be no renegotiation of the Northern Ireland Protocol.

In a phone call this morning, Boris Johnson told President von der Leyen that the way the protocol was currently working was unstable.

Solutions could not be found through the existing protocol mechanisms, he asserted, which is why the UK had put forward proposals for significant changes to it.

He called on the EU to look at those proposals seriously and work with the UK on them.

Ms von der Leyen said “the EU will continue to be creative and flexible within the framework of the protocol. But we will not renegotiate.”

“Together we must ensure stability and predictability in Northern Ireland,” she added.

Both leaders agreed to stay in touch on the issue.

Ms von der Leyen’s message came a day after Brexit Minister David Frost called for significant changes to the terms of the deal he negotiated, saying “we cannot continue as we are”.

But he refrained from immediately suspending parts of the deal, despite claims that the UK would be justified in taking the dramatic step.

The 5 main protocol concessions Britain is seeking from the EU

PM @BorisJohnson are invited to submit the UK Command document on the Irish / Northern Irish Protocol.

The EU will continue to be creative and flexible within the framework of the Protocol. But we will not renegotiate.

Together we must ensure stability and predictability in Northern Ireland.

Earlier, British Business Secretary Kwasi Kwarteng said the protocol, which effectively keeps Northern Ireland in the EU’s only commodity market, was never “something that would last forever”.

He told Sky News: “A deal is a deal but it was not something that would last forever.”

“You will remember two years ago people said we would never get an agreement from the EU but we did it. When people say they will not look at the protocol again, I say ‘well, let’s just look’ “

The protocol was created to ensure that there would be no strong border on the island of Ireland.

However, Mr Frost said the economic and social damage caused by the agreements would have justified the use of Article 16, effectively destroying parts of the agreement.

Where is the money? Climate activists question the G20 as talks leave