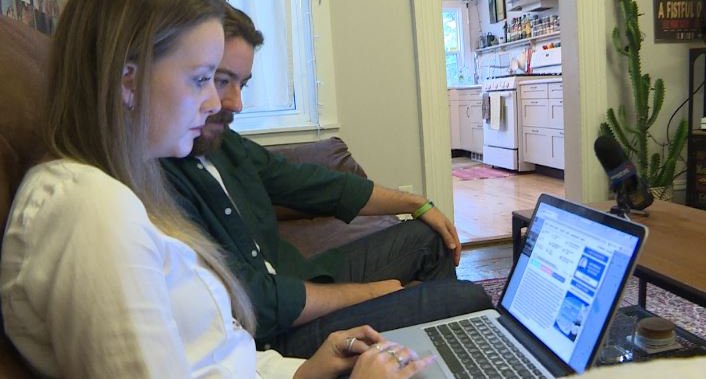 The real estate market in Halifax is hot. According to the Nova Scotia Association of Realtors, home sales reached a record 8,407 units during the first six months of the year.

Homes are selling out in a matter of days, and not only are they moving fast – they are going for a lot too. Across the province, the average house price has risen about 30 percent by 2020.

“I do not think we can find any other time in history that prices have risen so much, at least in dollar terms.”

READ MORE: Desperate to Win: The Halifax Hot Homes Market Has Some Buyers Who Give Up Home Inspections

The problem is not unique to Nova Scotia. Across the country, house prices have been on the rise for years and while they have dragged on in Nova Scotia recently, the peak in the last year has been dramatic, especially having an impact on first-time home buyers .

Things really started to change in 2019, with interest rates on mortgages falling and rents rising. This is when more people started to consider the benefits of ownership rather than rent.

“Back in 2019, it was a good opportunity. Soon ahead today we have lower inventory than before. “It’s challenging to find a place,” said Dauphinee.

In addition to having a lower inventory, the population of Nova Scotia continues to grow. Halifax’s population growth is surpassing almost every city in the country, creating more housing demand.

Then the pandemic hit and with less to do, more people realized the value of having their own space.

With so many people looking to buy and inventory so little, it creates a market with bidding wars.

Across the province over the past year, bidding wars have become more common and often, homes are going for $ 50,000 to $ 100,000 above the asking price – something that puts new first-time homebuyers who do not have the same capital as homeowners or those who have saved longer, at a disadvantage.

It’s the challenge Amy Mielke and her partner Patrick Jerrette are currently facing.

The couple is currently renting a place on the Halifax Peninsula. The hope was to stay close, preferably in the North, but with current house prices they say they will be pulled out.

Currently the deed transfer fee must be paid within 10 days of closing a home purchase and costs about 1.5 percent of the house price. For an average house in Halifax, that’s about $ 7,000.

“We have seen other provinces like PEI or BC loosen the rules,” Dauphinee said.

“They can estimate the price of your home and modify the tax you pay to the point of giving it up or extending it for an extended period of time.”

So far, it is not something that has been talked about by any of the political parties during this election. Liberal leader Iain Rankin says supply is at the heart of the matter.

“So we will continue to work through the housing commission’s recommendations to make sure we are building that supply,” he said at an event Wednesday.

“We need to make sure we work with the same nonprofits and developers to encourage them to build and help them build more stock,” Houston said Tuesday.

The MDP has taken a different approach, announcing their rent control policy as a solution to help people save.

“How many people we know year after year are thwarting their plans to get a down payment because their rent made it impossible for them to build a nest egg to be able to do so,” said NDP leader Gary Burrill.

Mielke and Jerrette say they do not have a solution to the challenges they face as first time home buyers and while they acknowledge that they are in a privileged position to even consider buying a home, they say that any help you could have received would be welcome.

“For many of our peers, we grew up in Nova Scotia and made Halifax our home and chose the career we can make here,” Mielke said.

“It’s a little disappointing to know that maybe we will not be able to buy a house where you grew up and try to make a living here because we are being squeezed.”