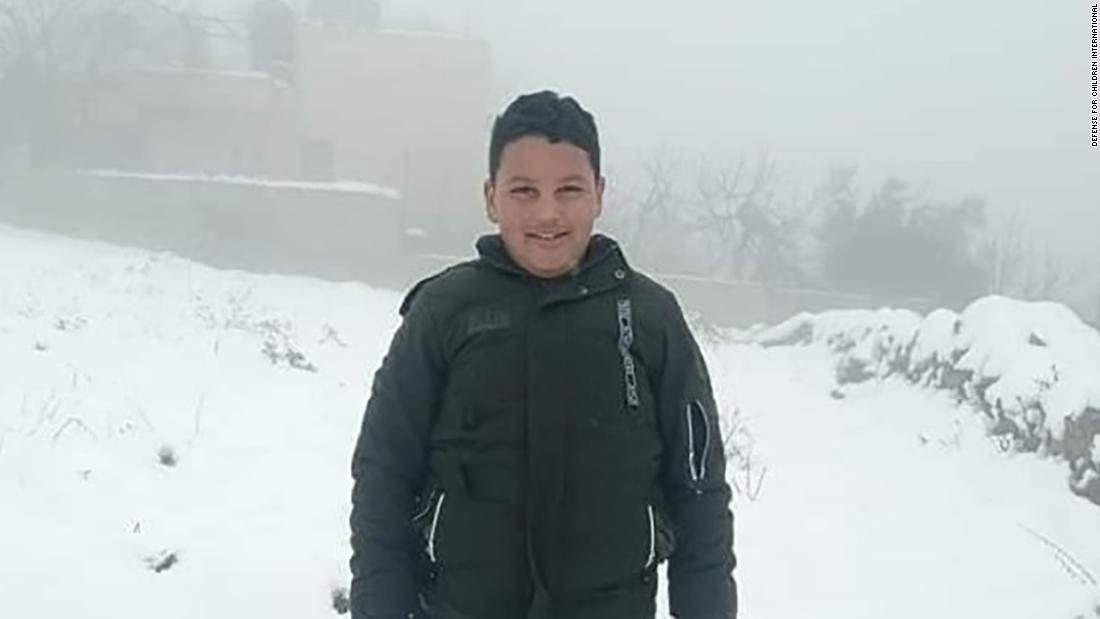 A photo by Mohammed Allamy, featured during the snowfall last winter.

A 12-year-old Palestinian boy has died after being shot by Israeli soldiers in the West Bank, said the Palestinian Ministry of Health.

Mohammed Allamy was a passenger in a car driven by his father when the incident occurred at the entrance to the town of Beit Ummar, halfway between Bethlehem and Hebron, according to the official. Palestinian Wafa news agency.

The agency report said the 12-year-old was shot in the chest and taken to hospital in Hebron where he underwent his injuries a few hours later.

The Israeli military said it was aware of allegations that its soldiers had killed a child and said it was investigating the circumstances of the incident. In a lengthy statement, the military said soldiers had approached the car after having previously seen its residents trying to bury the body of a newborn baby in a shallow grave.

Earlier Wednesday, IDF troops spotted suspicious activity near a military checkpoint next to Beit Ummar, north of Hebron. Several men got out of their vehicle and were seen digging into the ground before leaving the scene. IDF bodies approached the scene carefully and after examination found two bags, one of which contained the body of a newborn baby.

Shortly afterwards, IDF troops saw a vehicle approaching the area and concluded it was the same vehicle as before, the statement said.

The army statement went on to say that the soldiers had tried to stop the car by shouting and firing warning shots into the air. One of the soldiers then fired at the car wheels in order to stop him, the statement concluded.

The incident comes a day after a 41-year-old Palestinian was shot and killed by Israeli soldiers at the entrance to City of Beita on the West Bank, about 10 miles south of Nablus.

Shadi Salim, a father of five who worked for the local Palestinian municipality, had gone to the city to fix a water supply problem, local resident Abu Abdullah told CNN when he was shot dead by Israeli soldiers.

The Israeli military said Salim had approached the soldiers in a threatening manner holding what appeared to be an iron rod. After they did not stop, even though the soldiers fired into the air, the commander of the forces fired on the suspect, an army spokesman said, according to Israeli media reports.

Shadi had with him tools and keys for plumbing. They killed him with cold blood, Abu Abdullah said.

Beita has been the scene of major protests for months over the creation of an illegal post for settlers, and some Palestinians have been killed by Israeli soldiers since early May in what the military describes as violent riots.

There were no reports from Israeli or Palestinian sources of clashes at the time of Salims’s death.