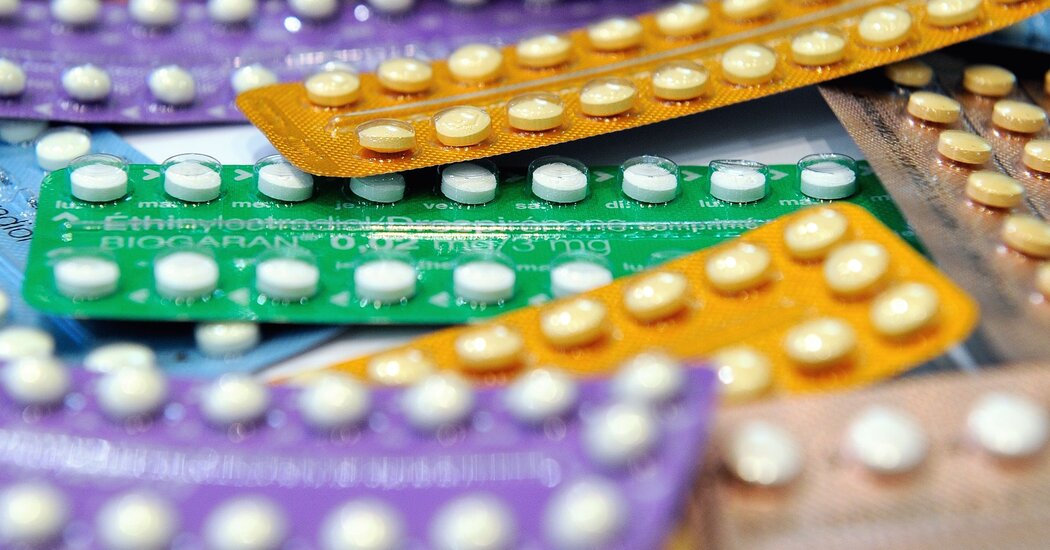 France will start offering free contraceptives to women up to the age of 25 starting next year to help young women with the financial costs of contraception, the country’s top health official said on Thursday.

It is unbearable that young women can not be protected, they can not have contraception if they choose to do so because it is too expensive for them, said Olivier Vran, the country’s health minister, in France 2, a public broadcasterWith the Government had noticed a decline in contraceptive use among a certain number of young women, he said.

The government said it would set aside about 21m euros, or nearly $ 25m, to pay for all types of contraceptives, including IUDs and consultations on their use. The age of 25 was chosen as the threshold, said Mr. Vran, because it is an age that corresponds, in terms of economic life, social life and income, with more autonomy.

The announcement was in stark contrast to much of the debate over women’s reproductive rights in several other countries. In the United States, an almost total ban on abortion in Texas went into effect last week making it the most restrictive state in the Polish U.S. government that enforced a ban on almost all abortions in January, sparking widespread protests.

In Mexico, however, the Supreme Court decriminalized abortion on Tuesday, though states will have to implement the ruling.

Family planning clinics and women in France welcomed the new measure, with some saying they hoped for more coverage. We want free contraception for everyone, said Marianne Niosi, director of the National Confederation of Family Planning. She and other groups also called for an inclusive education campaign about sex and contraception.

Will people be aware that they have a right to it? Mrs. Niosi said about the new benefit. Some women in France said Thursday afternoon that they did not even know about the move, which was announced at a morning show.

Young people faced difficult situations, Ms. Niosi said, either because as students they have no money, or because they are entitled to their parents’ medical insurance and some form of control can be exercised over their choices.

Others asked bigger questions, such as why women still carried the burden of contraception and questioned the age limit. In the end, the responsibility for contraception will fall even more on women who can be told they have no reason not to take the pill, said Cline Caron, 20, a student who added that the measure reduced economic inequalities but not inequalities. gender.

In France, the government funds public health care, but patients have to pay in advance for prescriptions and appointments. Families may also choose to purchase additional private coverage for themselves and their dependents.

But many home health plans prohibit coverage for subordinates in their 20s, and Mr. Vran said some women have given up contraception over the years because of spending.

Women in France were already able to claim partial or full reimbursement for contraceptives under private insurance plans and be reimbursed for the cost of abortions.

According to for government figures 2019, women experiencing lower living standards in France were much more likely to terminate a pregnancy than those with an average standard of living.

Under the new measure, all contraceptive costs for women under 25 will be reimbursed, the health ministry said.

However, the down payment would not be applicable to students, Ms. Niosi said.

Although still popular, the use of oral contraceptives has declined in recent years following media coverage in 2012 about a young woman who suffered a stroke, for which she blamed a version of the pill. The risk of blood clots as a side effect from the newer pill was relatively low: about 9 to 12 in 10,000 compared to 5 to 7 in 10,000 for a previous version. However, health insurers stopped reimbursing people for higher-risk pills and analysts said in the years after some women turned to other methods of birth control.

Younger women under the age of 30 in particular are increasingly choosing long-acting reproductive condoms or contraceptives, such as IUDs, over oral contraceptives, according to a 2016 study in 4,315 women from Public Health Francewith