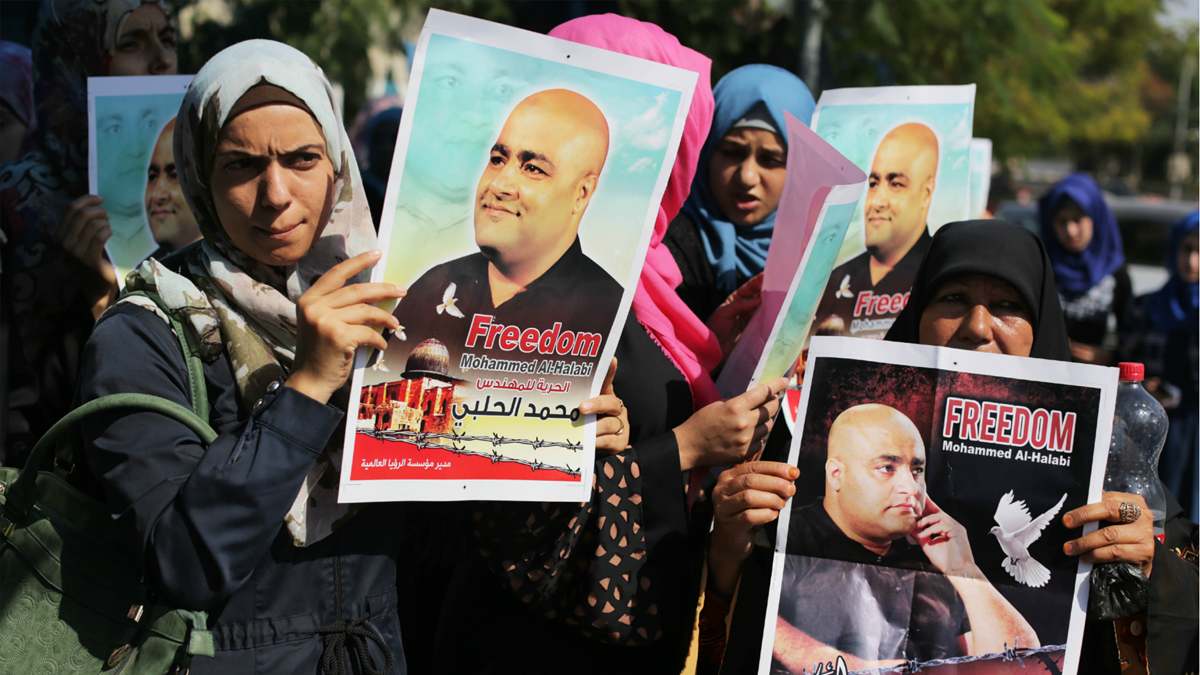 Mohammad al-Halabi believes that the truth will set him free.

The former director of World Vision in Gaza has now spent more than half a decade in prison and according to his lawyer, the Israeli government has offered him a plea agreement following the plea agreement. He could potentially go home if he confessed that funding for the Christian humanitarian organization had been diverted to support terrorism.

“He is saying he will not accept things he has never done,” Maher Hanna, who represents Halabi, told CT. “He will not tarnish the image of World Vision just to get a personal discount and go home to be with his kids.”

Hanna, herself a Christian, said this is one of the extraordinary things in this case that has not gone unnoticed in international headlines: A Muslim man who has worked for a Christian organization is refusing, under severe pressure and in great danger personal, to betray one of the greatest evangelical charities in the world and harm its future work.

“We have to admire the position that Muhammad is taking for himself. It is a high Christian value,” Hanna said.

Close observers and insiders say Halabi’s trial looks set to end this fall. The Israeli court may make a decision this month.

The case has been going through the Israeli justice system – tediously and obscurely – since Halabi was arrested by the state security service while trying to cross the Erez checkpoint between Gaza and Israel on June 15, 2016.

Halabi was later accused of using his position with World Vision to help Hamas, the Palestinian Islamic militant group that has ruled Gaza since 2007. Israeli officials claim he was diverting funds to feed and educate children in the country. of this to help Hamas prepare another surprise attack against Israel Me

If the allegations against him are true, Halabi is responsible for what EGuardian reported it would be “the biggest theft of aid money in history.”

Founded in 1950, World Vision is one of the largest charities in the world, operating in nearly 100 countries, with an annual budget exceeding $ 3 billion. It sometimes employs non-Christian administrators, such as Halabi, and receives much support from international governments and secular institutions. But World Vision also has clear Christian commitments and a mission “To follow our Lord and Savior Jesus Christ in working with the poor and oppressed” and “to promote human transformation, to seek righteousness, and to bear witness to the good news of the Kingdom of God.”

When Halabi was arrested, serious suspicion fell on the humanitarian work the group was doing in Gaza. Evangelical donors in the US – an important part of World Vision support – began to ask tough questions. Several governments, including those in Australia and Germany, immediately cut funding for World Vision projects.

World Vision executives took the allegations seriously. The organization did not immediately make a strong statement in defense of Halabi, but instead expressed its commitment to cooperating with the authorities and said, “World Vision is committed to the highest standards of accountability and conducts regular internal and external financial audits. external. “

The group suspended its programs in Gaza indefinitely in August 2016. It then contracted one of the largest multinational law firms in the world to conduct an external, independent forensic investigation. After examining over 280,000 emails and documents, interviewing 180 people and forensic examination of every aspect of the Gaza operation between 2011 and 2016, the law firm issued a 264-page report.

A person with first-hand knowledge of the investigation said: “The investigation did not find even a hint of funds being transferred to Hamas or any scheme or agreement involving other World Vision employees or third parties.” Investigators also can not find “any material evidence that suggests [Halabi] “He was linked to, or working for, Hamas.”

Although the law firm made suggestions for improving financial controls – a normal outcome of any financial review – investigators actually found that Halabi was diligent in securing World Vision that avoided any confusion with Hamas, even unintentionally.

This report was completed in 2017; the prosecution against Halabi continued for another four years.

Additional reporting by the US Agency for International Development and the Australian and German governments confirmed the results of the independent audit, finding zero evidence of deviant funding.

Without credible accounting evidence, sources familiar with the prosecution told CT that the case against Halabi relies on the testimony of a former World Vision employee and another prisoner who claims to have heard Halabi confess to the crime.

However, the prosecution –citing national security concerns – has presented most of the issue in closed sessions. In some of the open hearings that have been held, no evidence of guilt appears to have been presented. Hanna was also not allowed to see all the evidence against his client, and when he was shown some documents, he was not allowed to see the originals, make copies or take notes.

Representatives in the Office of the United Nations High Commissioner for Human Rights have condemned the secret process, saying it is not “worthy of a democratic state.”

Hanna said it’s like jumping into the ocean with your hands and feet tied. However, he says Halabi’s innocence has been proven beyond a reasonable doubt.

“The charges against him are ridiculous,” he said. “They restricted me from accessing important material because it would simply be embarrassing if they allowed me to see it all or publish it in public.”

Now Halabi is waiting for the courts to make a decision, believing that the truth is enough to acquit him.

His father, Khalil al-Halabi, said Muhammad is safe because he is innocent.

“They offered him some deals to get out of jail in three or five years, to be released to hug his wife and children back in Gaza,” Elder Halabi told CT, “but he has always told them the truth. “I am innocent, my work was humanitarian, I served the poorest families in Gaza.”

Khalil said he was encouraged that after his son refused to tarnish the reputation of a Christian aid organization, the Christian communities in Gaza, Bethlehem and Jerusalem have shown Halab their support. The Catholic and Orthodox churches rang the bell during his court hearings and “even today, many Christian brothers send gifts to his children and messages of solidarity to his family,” he said.

Sara Bach, a World Vision supporter from Hildesheim, Germany, said it did not matter to her whether Mohammed al-Halabi was a Muslim or not. She supports World Vision because it has “embraced the causes and policies that address real-world issues and injustices for the poor and vulnerable.”

Human suffering in the Palestinian territories is a cause she does not think the evangelicals should ignore.

“It means the issue is not just against a single man,” Bach said. “Children and families are suffering because of the loss of trust and support from World Vision in Gaza. This is a real tragedy. ”