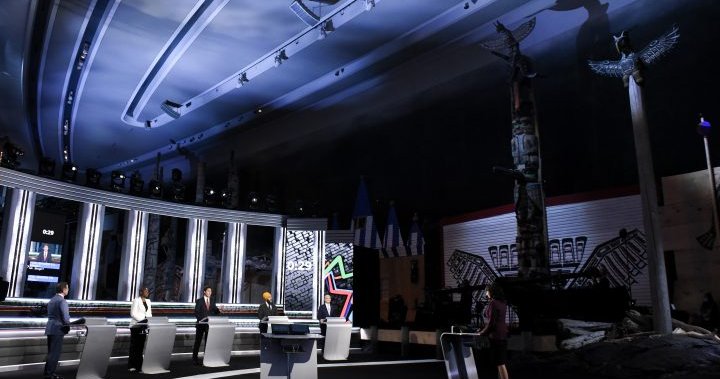 The Leadership Debate Commission was set up to put an end to machinations by major political parties to control how, when, what, and which leaders would debate during federal election campaigns.

But following the controversial English-language debate Thursday, some critics are calling for an end to the independent commission or at least a review of its mandate.

The two-hour fierce debate has been condemned for giving leaders too little time to explain their policies or resisting attacks by rivals, and giving too much time to moderator Shachi Kurl and questioning reporters to interrupt.

Kurl has also been accused of asking one-sided questions, particularly in relation to what she called Quebec’s “discriminatory” law banning some public servants from wearing religious symbols or clothing at work and a bill aimed at strengthening the role of French in the province.

What happened during the English debate of federal leaders? Here are the highlights

Justin Trudeau’s Liberal government set up the debate commission after winning the 2015 election.

In that campaign, the traditional English debate hosted by a consortium of television networks broke down after then-Prime Minister Stephen Harper refused to attend.

Even before, consortium debates had been criticized for allowing major parties to threaten non-participation in order to dictate the terms of the debates. The Green Party claimed that its leader had been systematically expelled as a result.

Television networks were also criticized for caring more about making a good show than about helping inform voters.

The debate committee, chaired by former Gov. David Johnston, aimed to rectify everything.

The commission set the criteria for participating in Thursday’s English-language debate and the French-language debate on Wednesday, which resulted in the ouster of People’s Party leader Maxime Bernier.

But it gave most of the responsibility for generating debates to network consortia. For the English debate, the consortium included CBC News, CTV News, APTN News and Global News.

According to its website, the commission works with debate producers “to develop a format that reflects the public interest, while respecting journalistic independence”.

But in a statement Friday, the English broadcasting consortium said it “elects the moderator and participating journalists, who have full journalistic and editorial independence from the Leadership Debate Commission”.

Kurl referred to requests for comment in the consortium statement, which said its question to Yves-Francois Blanchet addressed the two county bills specifically and “did not declare the Quebecers racist,” dismissing a claim by the leader of Bloc Quebecois.

The committee confirmed that it was not involved in the selection of topics, questions or moderator.

And that’s the problem, says Elly Alboim, a former CBC parliamentary bureau chief who has been involved in producing election debates since 1977-93 and has since helped various federal and provincial liberal leaders prepare. for them.

“They (the commission) seem to have accepted the advice of anyone who is producing the thing to turn it into a TV show,” Alboim said in an interview.

He said the networks are “interested in retaining the audience, in providing a kind of fast-paced, interesting television” and the journalists involved are acting on the journalistic impulse: What makes the news, how to make them accountable , how to tell them when it is not consistent, how to explain to the audience what their shortcomings are? “

But this is not what an election debate should be about, Alboim argued.

“They are dealing with party leaders who are accountable to each other and explain their platforms and call on their voters. They do not need the mediation of journalists, “he said, noting that journalists have many opportunities to mature leaders every day in the campaign.

“Democratic responsibility in my opinion is to get out of the way, let people appreciate what they are hearing and certainly give leaders adequate time to explain themselves and their programs. It cannot be done in bursts of 15 and 20 seconds. ”

Alboim said Thursday’s format allowed only a “small” time for any of the leaders to seriously discuss an issue or advance their policies.

But, in his view, the fact that he often did not leave time for a leader to oppose a direct attack by a rival was unforgivable.

“Not realizing that you have created a format where people can dismiss allegations in the air and get no response or no objection is a breach of duty,” Alboim said.

It meant that Trudeau, who was the main target of those attacks, was left playing the role of “stake pillow”.

“Everyone would make a stain with the car and then switch to something else and he would not have a chance to respond, so, of course, he suffered from the format.”