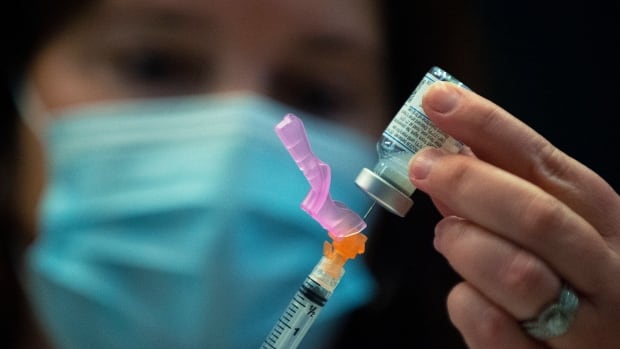 Tha Ricketts Fox News on Sundaythat the Nebraska Attorney General has been consulting with other attorneys general who believe the federal government is exceeding its authority by ordering all employers with more than 100 employees to request that they be vaccinated or tested for virus every week, affecting about 80 million Americans. Approximately 17 million workers at health facilities receiving federal Medicare or Medicaid will also need to be fully vaccinated.

“This is really going to create big problems for all the small businesses and for our American workers,” Ricketts said. “You don’t have to make the choice to keep your job or get a kick in the arm.”

In Nebraska, Ricketts has encouraged people to get vaccinated and wear masks, but he has resisted mandates to do one or the other.

Ricketts said he is focused on ensuring that hospitals have sufficient capacity to cope with the increase in COVID-19 cases.

The Republican governor has been prominent in his work to persuade reluctant Arkansas residents to get vaccinated against the coronavirus. But in an appearance on NBC’s Meet the presson Sunday, Hutchinson said a comprehensive federal vaccination mandate “strengthens resistance.”

The measure will be implemented through an interim emergency standard issued by the US Department of Labor (OSHA) Occupational Safety and Health Administration, which regulates jobs. The rule is expected in the coming weeks and it was not clear when it would take effect.

OSHA can enforce an emergency standard when workers are exposed to a “major hazard” and the standard is needed to protect them. This allows the agency to shorten the usual process of developing a standard, which averages seven years.

While many large employers have said they plan to agree, some businesses are also likely to sue.

-From The Associated Press and Reuters, last updated at 11:10 AM ET

Hospitals were strained as COVID-19 cases increased in Alberta schools

As Alberta hospitals slow down under the pressure of an increase in COVID-19, some schools say 10 percent of students are ill and there is no sign that the province is raising restrictions or switching to vaccine passports. 2:03

As of early Monday early Monday, more than 224.8 million cases of COVID-19 had been reported worldwide, according to Johns Hopkins University, which has followed cases. The reported number of global deaths was more than 4.6 million.

IN Asia-Pacificregion, the Singapore health ministry on Monday reported 607 new cases of COVID-19, the highest since August last year. The country’s COVID-19 cases have reached a one-year high in recent days as it entered a phased reopening as more than 80 per cent of its population had been fully vaccinated.

The epicenter of Vietnam’s coronavirus outbreak Ho Chi Minh City will extend its restrictions, state media reported, as Hanoi and several provinces demanded a brake relief and the aviation authority proposed the resumption of domestic flights.

IN Africa,South Africa will ease restrictions on COVID-19 and shorten its nationwide curfew following a drop in infections, President Cyril Ramaphosa said in a televised speech.

IN Europe, British Prime Minister Boris Johnson will announce how his government plans to control the coronavirus during the fall and winter. He hopes vaccinations, not restrictions, will keep COVID-19 in check.

At a news conference Tuesday, Johnson is expected to say that wearing masks, work-from-home advice and social distancing rules that were lifted in July could be reversed if cases escalate. But his conservative government is resisting tougher measures.

She has abruptly canceled a plan to introduce vaccine passports to nightclubs and other crowded places. Britain is recording more than 100 coronavirus deaths a day, and around 8,000 people have been hospitalized with COVID-19. That’s less than a quarter of the winter peak, but the number is growing.

Slovenia, meanwhile, will require as of this week that all people entering indoor spaces, with few exceptions, be vaccinated against COVID-19 or show negative tests if they have not had the disease in the previous six months.

–From the Associated Press, Reuters and CBC News, last updated at 12:05 pm ET